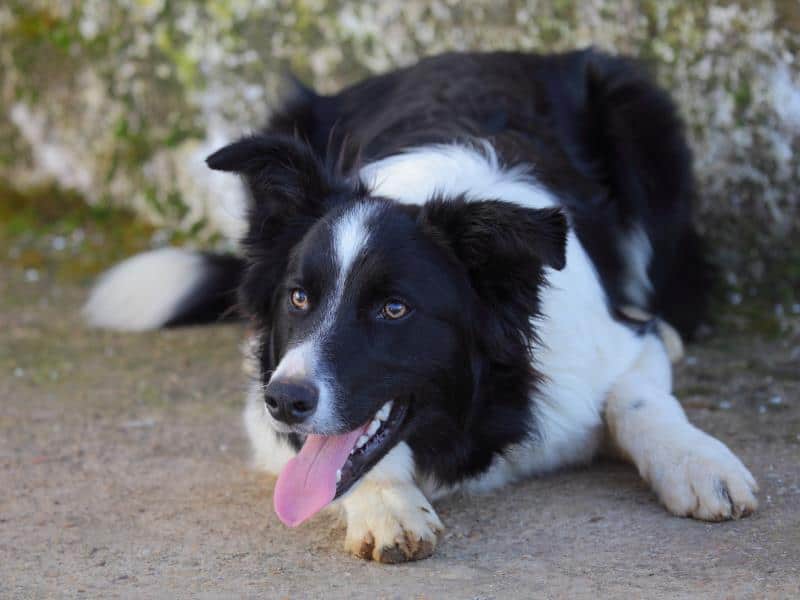 175 years—that's the age Bramble the Border Collie lived to. That is, in dog years. In human years, Bramble lived just past 25, which is nothing short of amazing.

For a little perspective, Border Collies are expected to live somewhere between 10 and 14 years on average.

Bramble is famous for being one of the oldest living dogs in the world, and she's a star of the vegan dog community because she lived on a vegan diet.

In fact, many advocates of vegan diets look to Bramble as evidence that dogs can not only live on plant-based diets, but also live long, healthy lives being completely vegan.

She's said to have had a spot in the Guinness Book of World Records as the oldest living dog of her time.

Bramble was the dog child of Anne Heritage, a vegan and animal rights activist in England. She had other dogs, too, who lived healthy lives on the vegan diet—all the way up to 20 years.

Bramble was plenty active well into her older years and got lots of exercise outdoors. Just like for people, exercise is important for dogs in combination with a good diet in order to maintain vibrant health.

So what did Ms. Heritage feed Bramble?

Bramble was 100 percent vegan and ate the kind of food that many vegan people eat in order to sustain a low-cost and healthful diet.

For the most part, Bramble apparently ate lentils, rice, veggies and textured vegetable protein. She was also given some supplemental foods like yeast extract.

From what we understand, Bramble's food was home-cooked, which clearly worked extremely well for Bramble.

On that note—store-bought dog food is formulated to include all of the nutrients that dogs need to thrive. We'd advise that you speak to your vet if you're interested in making your dog's food at home as it's important to ensure that it's nutritionally balanced for all your dog's needs.

But clearly, the vegan diet worked so well for Bramble that she went on to become one of the longest-living dogs in history.

Today, Bramble is fondly remembered for her sweet nature and for being a testament to the benefits of the vegan diet for dogs.

Advocates of veganism point to Bramble when the argument is made that dogs can't be vegan because they're natural carnivores (which simply isn't true, as you'll see in a related article on vegan dog food here).

Not only Bramble, but also the others vegan dogs in the Heritage family provide good anecdotal evidence that vegan dogs can live long, active lives.

Though Heritage no longer holds the Guin​ness record for the oldest dog in the world, it's still a pretty close call. She likely remains one of the oldest, if not the oldest, vegan dogs on record.

So don't worry about the naysayers if your dog is happy, healthy and vegan—just point them in the direction of Bramble's story!