If you're new to veganism, vodka sauce might be a big question mark. In this post, we'll answer one simple question: Is vodka sauce vegan or not?

We'll tell you what you need to know below along with vegan vodka sauce brands to try...

Unless it's specifically marked as a vegan version, vodka sauce is not vegan.

Vodka sauce is essentially marinara sauce with heavy cream, cheese, butter and vodka. Heavy cream, cheese and butter are dairy products, rendering vodka sauce un-vegan no matter where you might get it - whether in a restaurant or in the grocery store aisle.

To be sure, vegan vodka sauces are out there. We'll show you where to get them.

But first, let's get into the nitty-gritty of vodka sauce.

What is Vodka Sauce Made out of? 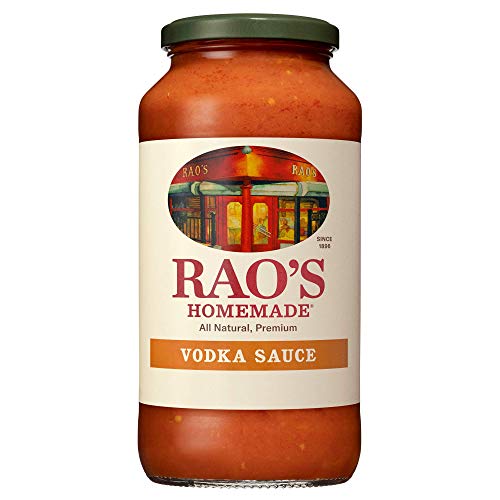 All classic vodka sauces contain cream. Many add butter and cheese. Restaurant chefs in particular are known to toss stick-sized hunks of butter into dairy sauces to enrich them.

Bella Famiglia Vodka Sauce is a good example of a jarred vodka sauce that follows a standard recipe. Here are its ingredients (non-vegan items in bold):

You can see all the dairy products.

In case you avoid alcohol in any form, vodka is an essential component of vodka sauce, too.

We'll talk about that next.

Vegan vodka sauce is not so obscure that you can't find it in natural food stores, on Amazon or at Walmart.

Here are two brands you might pick up locally or order online. 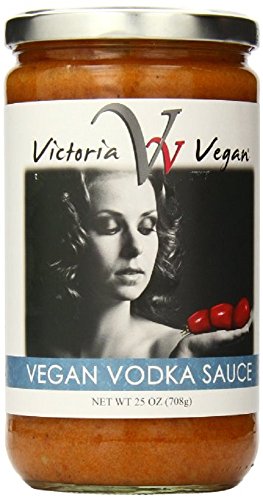 It contains the following ingredients: 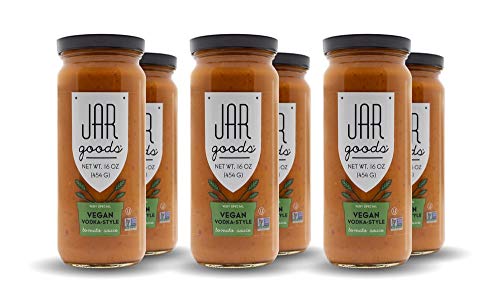 You can buy it right on Amazon (linked above).

If you're on the whole food vegan path, this one makes a good addition to the pantry.

Also, be sure to check out ThriveCuisine's printable vegan grocery list with tips for effortless, sustainable eating.

Is vegan vodka sauce on your radar?

We've got tons of vegan condiments to tell you about!