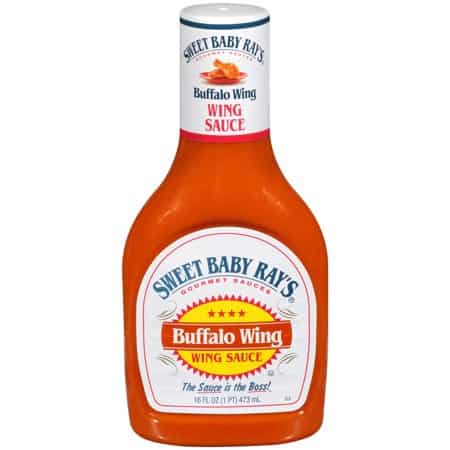 The answer is that it depends. Traditionally, buffalo sauce is made by mixing hot sauce and butter. Obviously, the butter part isn't going to be vegan.

If you're out at a restaurant, there's a good chance that they actually use real butter in their recipe.

But, it's a good idea to ask your server to find out exactly how they make it. They may even be using a bottled variety that's vegan.

When you buy buffalo sauce in the store, it may have an oil and and vegan butter flavor.

It simply depends on the brand you're buying.

Check out our list of vegan buffalo sauce brands here.

Keep an open eye for CONTAINS MILK or BUTTER on the label. If it doesn't have that, you should be fine!

You have the option of contacting the company if you're unsure, but we don't think that stuff is necessary - especially for newer vegans.

When restaurants make buffalo sauce, they'll likely be using the following ingredients in their recipe...

However, it's always dependent on the place as we mentioned.

As for the bottled variety, here's a sample ingredient statement...

As you can see, it has several non-vegan ingredients. Milk and Honey.

That's why it's critical to double check the label. This particular one was called Virginia Brand which was at Walmart.

Another example is Sweet Baby Ray's Buffalo Wing Sauce which is pictured above...

As you can see, it still has natural and artificial flavors, but doesn't specify the origins.

Whether you would consider this vegan or not is probably up to you. We recommend that you focus on eliminating all LABELED animal products if you're in it for ethical reasons rather scrutinizing products that are on the fence.

Want to learn about vegan condiments? Check out the following...