Do you have questions about seitan? 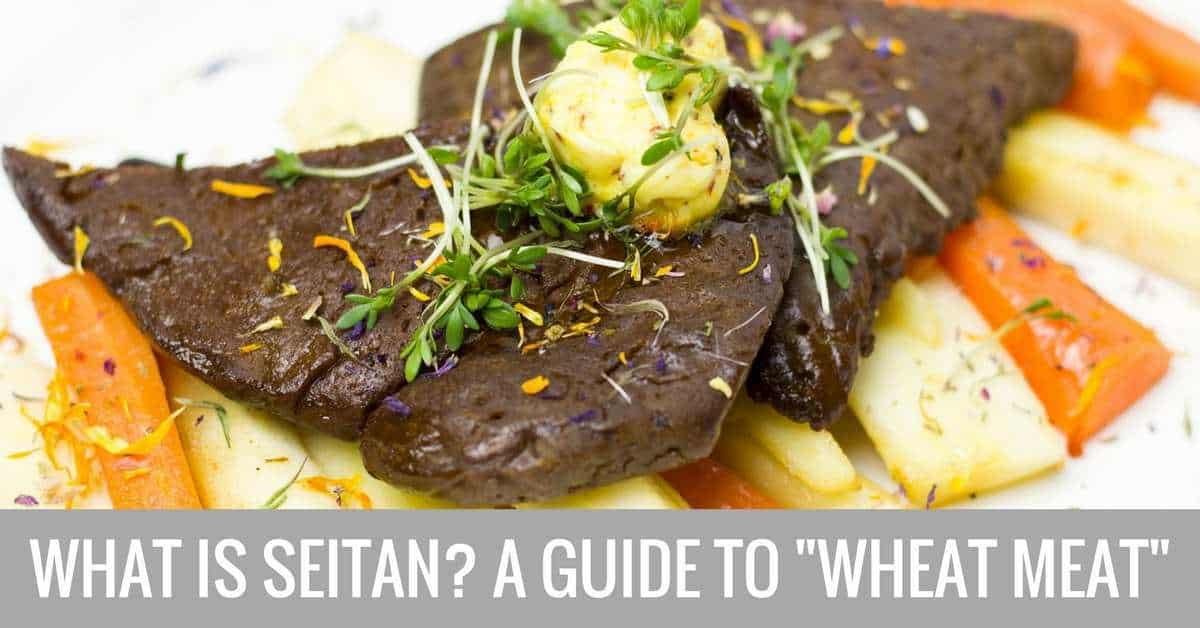 Save
Navigate This Article Using The Links Below
What is Seitan?
Brief History of Seitan
What is Vital Wheat Gluten?
Where Can I Buy Seitan?
Seitan Available Online
Store Locators for Big Brands
How Do I Make Seitan?
Basic Seitan Recipe
Other FAQs About Seitan
Is Seitan Healthy?
Is Seitan Gluten Free?
Is Seitan Vegan?
Is Seitan a Complete Protein?
Is Seitan Soy?
What Does Seitan Taste Like?
How Do I Cook With Seitan?

Seitan, also known as "wheat meat" is a mock meat made from vital wheat gluten. It is increasingly popular among vegan, vegetarians, and meat eaters alike because when prepared correctly it is shockingly similar to the real meat. Depending on how it is prepared, it can take on a wide variety of different textures including shredded beef, turkey deli slices, burgers, and chunks for kebabs or stir fry.

Even though it may seem like the latest fad, Seitan ﻿has actually been around for a long time - perhaps even the 6th Century in China. The oldest reference we have to date is in a Chinese encylopedia dating back to the year 535. Seitan was popularized by Buddhists or anyone looking to abstain from meat during that time period. It started appearing in Western Cultures around the 1800s.

What is Vital Wheat Gluten?

Gluten is a form of protein found in the wheat plant. If you've tried any gluten free products, you may have found that it is more crumbly than products with gluten. This is because the vital wheat gluten is stripped out.

Where Can I Buy Seitan?

If you're looking to try some seitan, you have two options: make it yourself or buy it already prepared. If you already live by a Trader Joe's or Whole Foods, you're in luck because they are pretty much guaranteed to carry it.

Whole Foods specifically tends to have a section specific to meat substitutes or replacers which is totally awesome! It's also possible to get online using the links below!

Getting Seitan online is an option if the stores around you don't carry it.

It's also obviously more convenient if you don't feel like driving to the store.

We found WestSoy, Chicken Style Seitan available online and ready to purchase on Amazon. WestSoy is one of the most popular brands in stores as well, so you really can’t go wrong their any of their seitan products.

is more appropriate for things like kebabs that require you to have something that’s easy to put on a skewer.

Companion Braised Seitan is a product of Taiwan and is perfect for Asian Cuisine. An ideal choice if you’re going to be making stir fries, fried rice, or even General Tso’s Seitan!

Click any of the links above to read customer reviews and check prices on Amazon!

When it comes to seitan, Upton's Naturals is one of the biggest brands out there. They make a variety of seitan flavors including: bacon, chicken, chorizo, Italian, and traditional.

You can find their store locator here.

Although most people know them for their vegetable stock, Pacific Foods also makes seitan! They also have some unique flavors which include Korean BBQ (one of our favorites at Thrive Cuisine!). If you're looking to get your hands on some, you can use the store locator on any of their products.

Probably one of the most widely distributed brands of seitan, Tofurky Deli slices are most likely going to be the one's you find in your local supermarket. Their products tend to be more akin to "seitan hybrids" as some of them contain soy as well as vital wheat gluten.

However, the similarities between their products and regular deli slices is totally uncanny, meat eaters aren't even likely to notice. Check out their store locator to see if they're near you!

Another big name in the industry, WestSoy not only makes seitan, but also a wide variety of vegan products including plant milks. Their seitan selection is interesting because they have cubed seitan which is difficult to find and also perfect for vegan kebabs! It also comes in a tofu-like package. See if they're near you by checking out their locator!

How Do I Make Seitan?

Many people have likened making seitan to both an art and a science. There are so many different ways to prepare it to change up the texture and the flavor. The video below is a very simply and easy recipe to follow and it's only a 4 minute watch!

How to Make Seitan by ﻿﻿VegTimes

The ingredients seitan base are always going to be pretty similar. Here are some of the ingredients that you are going to need that may not be too easily found in stores:

The first time you cook seitan probably won't yield you the results you want (again it's a bit of an art), but don't give up!

Here's a very basic recipe that we use for you to build in. Feel free experimenting with your own spices and flavor profiles to create the results you're looking for. Also, rather than slicing it, you can cook it in a cheese cloth to create one big loaf if you'd like!

If you don't know where to buy cheesecloth in the grocery store, read our article.

Be sure to watch the video above for a visual aid on how the dough should look and perform. You can be conservative about adding the veggie broth to the dough because you can always add more but can't take out.

Other FAQs About Seitan

When assessing whether seitan is healthy or not, what you're comparing it to is going to make all the difference. Science has clearly shown that plant-based whole foods are going to be the ideal choice when it comes to health. Seitan is more of a processed plant food so you won't be able to compare it to something like broccoli that's rich in nutrients and phytochemicals.

However, if you're craving meat, you're

much better off picking seitan than the real thing. Despite a flurry of popular blog posts about the "benefits" of things like coconut oil, butter, eggs, and other forms of saturated fat and cholesterol, the stuff is terrible for you. Picking seitan allows you to enjoy a meaty taste and texture without saturated fat and cholesterol, which makes it a clear winner over meat for health reasons.

Don't take our word on this - the American Heart Association had to recently put out a press release to warn people about this misinformation.

Nope - the stuff is pretty much all gluten! If you've got a gluten allergy your best bet is to stick to soy-based mock meats.

Yup! We've never seen a seitan that wasn't vegan, especially store bought ones. One could theoretically add milk or eggs if they were a vegetarian, but highly unlikely.

Is Seitan a Complete Protein?

Jack Norris RD who spoke directly with the authors of this paper. This particular paper is probably the only one out there that did a lab analysis on the amino acid composition of wheat gluten. The author of the paper reported seitan is extremely low in tryptophan and not lysine like many other sources report. Given the negligible amounts of tryptophan in wheat gluten, it probably cannot be considered a true complete protein - although it depends on what you truly mean by complete.

But does this matter? If you're eating seitan as part of a reasonable diet, there's no reason to think that you're going to be deficient in any amino acid. The myth of the "protein-combining" was something that started in Vogue Magazine many years ago, but has proven time and time again to be nonsense.

explains the myth of complete proteins.

Why? Well, if you're a vegan, consuming a well balanced-diet within reason, it would be virtually impossible to be deficient in any amino acids. Our body has a finely tuned protein recycling program as well as stores of extra amino acids to be broken down and reassembled to maintain the perfect balance. Check out the video above to learn more.

Much like tofu, seitan is a blank canvas for flavor. You can make seitan take on the flavor or texture of almost any meat dish or product that you can think of. Check out the recipe section below to spark some ideas!

How Do I Cook With Seitan?

OK, so you've picked up some seitan at the store, but are wondering what the heck to do with it! Basically, you can do anything that you would do to sliced or cubed meat. This includes stir fries, stews, kebabs, marinating, grilling, smoking, etc. It really is a blank canvas for any meat dish you'd like to recreate.

1 thought on “What is Seitan? Everything You Wanted to Know About Wheat Meat!”