Wondering the difference between couscous and quinoa? This guide breaks down everything from their basic differences all the way to their nutrition facts. 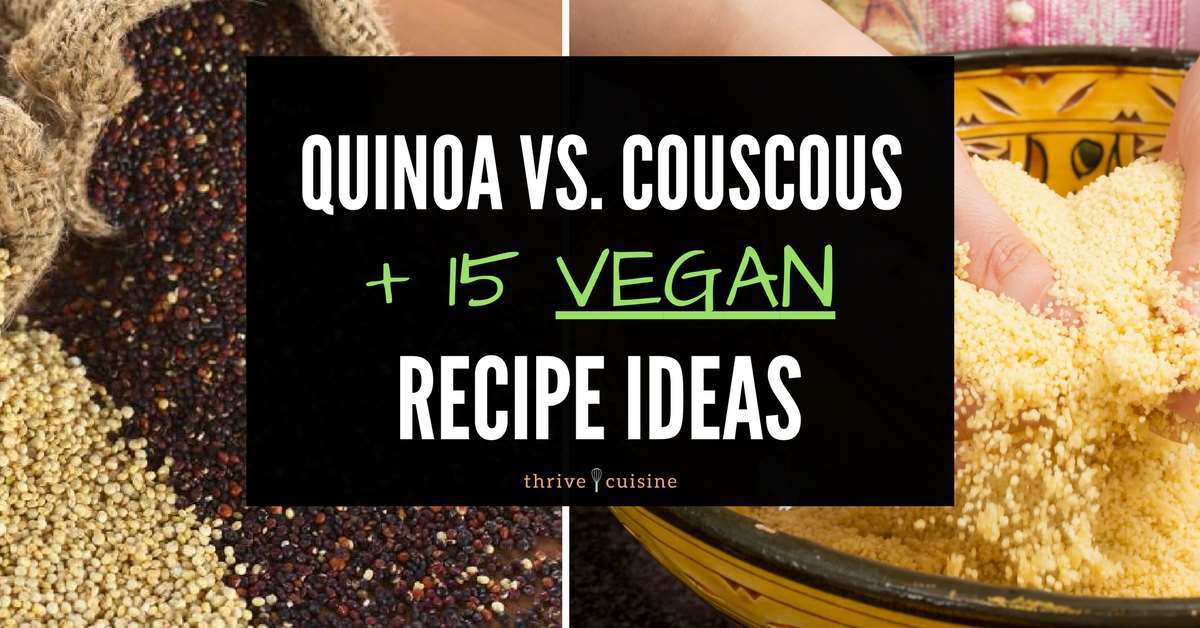 Whats the Main Difference Between Quinoa and Couscous?

The main difference between quinoa and couscous is that they come from different plants.

While it may look like a grain all it’s own, couscous is nothing but standard pasta flour that’s been shaped or ground in a round fashion. Generally speaking, the standard single ingredient in couscous is Semolina Wheat Flour. This is the same exact ingredient that you’ll find on your typical box of pasta.

Quinoa on the other hand is a standalone seed. Just like any other seed, quinoa is harvested directly from the “Chenopodium quinoa” plant on which it grows. The quinoa plant itself also has leaves that can be eaten. However, the leaves aren’t widely available, likely because the harvest results in a far greater number of seeds than leaves.

Despite their differences, they have very similar textures and can be used interchangeably in most recipes.

Quinoa has a bit of a “unique” taste that’s a bit earthy. Couscous is milder and more like regular pasta. Both readily absorb whatever flavors they’re cooked with.

That being established, quinoa a whole food while couscous is processed. This will play a role in the next major comparison point: their nutritional properties. 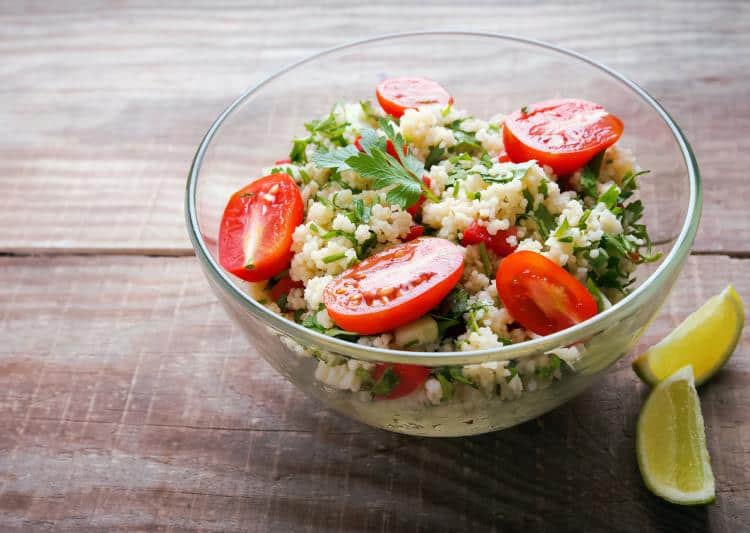 Tabbouleh (as pictured above) is one of the most traditional way that couscous is served. It is a Middle Eastern Salad that’s primarily flavored with lemon and parsley with couscous as the base. It may also include onions and cucumbers depending on how it is prepared. 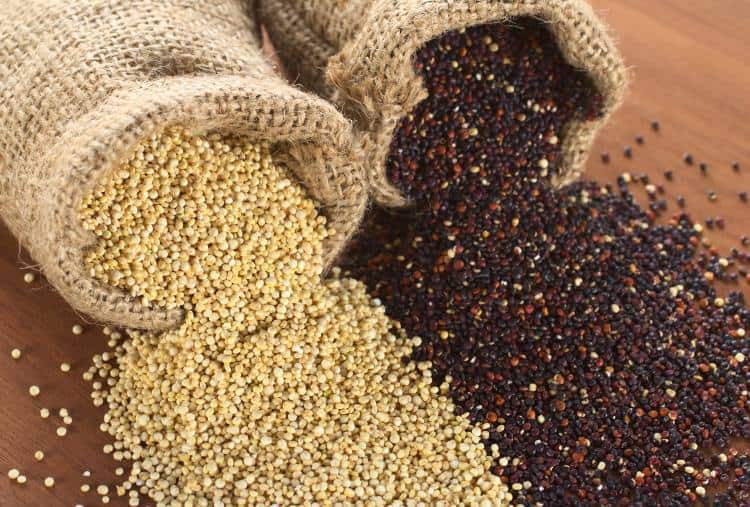 Below we’ve broken down the individual macronutrients and micronutrients of quinoa and couscous. We will also talk about phytochemicals which are often overlooked when discussing the nutritional value of different foods.

Macronutrients are broken down into fat, protein, and carbohydrates. Protein and carbohydrates both contain 4 calories per gram while fat contains 9 calories per gram. When looking at this table, we encourage you not to get hung up on these numbers. What’s most important are the calories, micronutrients, and phytochemicals. It is these three components that determine how nutritionally dense a given food is.

Nutrient density is defined as how many micronutrients and phytochemicals a given food has per calorie. Typically, more nutrient dense the food, the healthier it is.

The able below refers to 50 dried grams.

As you can see, both quinoa and couscous have very similar amounts of macronutrients per 50 dried grams. Thus, their amount of total calories is also similar. Quinoa has a higher amount of protein and fat than couscous with less carbohydrates, but it’s not really anything worth mentioning.

One thing that is worth making note of is the fiber. Although they are pretty close, quinoa is a bit higher in fiber which is something that many people don’t get enough of. (2)

The micronutrients tell a much more interesting story.

It is important to note that some couscous may have additional fortified vitamins and minerals. However, it seems to be rather uncommon from our research. This was surprising because most pastas that aren’t whole grain do get additional fortification.

Here is the micronutrient breakdown of the same 50 dried grams.

As you can see by both charts above, quinoa quite a bit more nutrient dense than couscous is. Take another quick glance back at the chart and notice how quinoa is a lot richer in vitamins and minerals than couscous is.

By eating quinoa, you’ll get a greater hypothetical “return” on your investment into the calories compared to eating couscous.

However, we don’t want to completely discourage anyone from enjoying couscous. Use it as a base and mix it with a bunch of veggies and you can have yourself an extremely nutrient dense meal.

Phytochemicals or phytonutrients are bioactive compounds found in plant foods (fruits, vegetables, grains, fruits, nuts, seeds) that have a wide array of health benefits. Many of them seem to even have their unique binding receptors in our bodies which allows them to perform their given function. (3) (4) According to studies, they can help protect us from a wide variety of ailments which are said to include: 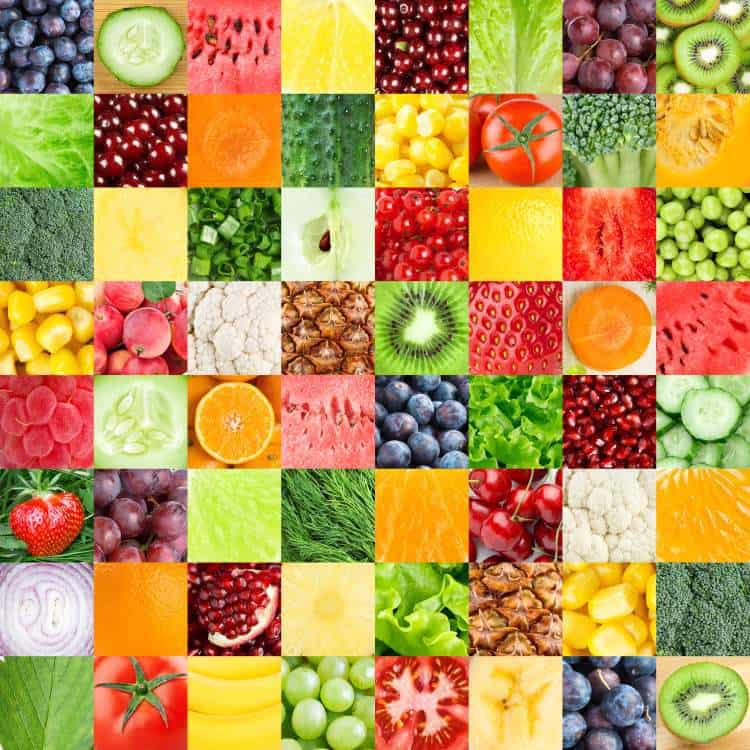 It is estimated that there are more than tens of thousands of phytochemicals and many which are yet to be discovered. (5)

Because they aren’t featured on our nutrition labels, many people simply don’t know the important role that phytochemicals play in human health. Despite this, you may be familiar with some of their names. Some of the more common phytochemicals you may have heard of are:

Eating a wide variety of unprocessed and different colored plant foods is the best way to reap all of the benefits of phytochemicals.

When whole grains get turned into white flour (such as with couscous) it is estimated that there is a 2 to 300 fold loss of phytonutrient content. Given the role that phytonutrients play in human health, going with the quinoa (which is a whole food) is the better choice. (6)

Below we address some of the most common questions regarding couscous and quinoa.

How Do You Cook Quinoa or Couscous?

Both grains need to be boiled in water before consuming. Either can be toasted in a pan with some seasonings beforehand to increase the depth of flavor. For fast cooking, consider using a pressure cooker like the Instant Pot or Power Pressure Cooker XL.

What’s the Difference Between Israeli Couscous and Regular Couscous?

There may be more specific differences between different brands, but the biggest difference between Israeli and regular couscous is that Israeli couscous is bigger. Rather than being ground to form little pieces, Israeli couscous is formed into balls. Some brands of the Israeli variety may also toast these pearls for additional flavor development.

Is Quinoa a Carbohydrate or a Protein?

All whole foods (even fruit) contain carbohydrates and protein. Quinoa is no exception and has some amount of all of the macronutrients (including fat). However, we believe that looking at a food’s nutrient density is far more important than looking at its macronutrient makeup. (7)

Couscous is made from semolina wheat flour so it is not gluten free. Quinoa is gluten-free so long as it isn’t cross-contaminated during production. Check the packaging to make sure.

Couscous or Quinoa for Weight Loss – Which is Better?

Weight loss generally comes down to calories in vs. calories out. Both quinoa and couscous contain similar amounts of calories per serving, so they’re probably about equal. If you have a goal of losing weight, we highly recommend you learn about nutrient density. Picking nutrient dense foods ensures that you get the most amount of nutrients for the least amount of calories. This means that you’re more likely to be satisfied and not overeat. (8)

Is Couscous a Grain or a Pasta?

Couscous is a pasta, but pasta is made from a grain. Typically, you only get a portion of the grain when buying couscous, but there are whole grain versions available.

Is Quinoa a Good Substitute for Couscous?

For a majority of culinary applications, quinoa is an excellent substitute for couscous. To make sure you get the most out of your quinoa check out some of the awesome recipes we’ve linked above!