Is Bisquick vegan? Can you enjoy these convenient mixes without worrying if there are animal products? You'll find all of the answers in this guide. 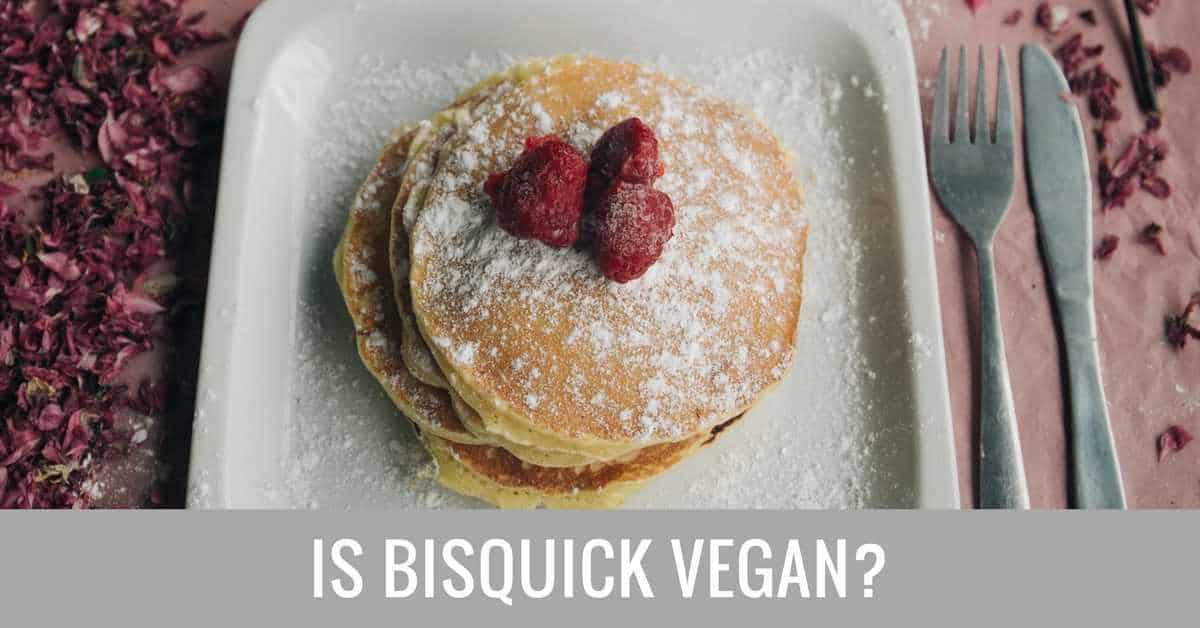 In this article, we'll explore which Bisquick products are vegan and which ones are not. We'll also show you how to replace milk and eggs when you're making them!

Navigate This Article Using The Links Below
Is Bisquick Vegan?
Which Bisquick Products Are Vegan?
How Do I Replace Eggs and Milk in Biquick?
Final Word on Bisquick and Other Products

​Some Bisquick products are indeed Vegan, however there are variations of it that definitely aren't.

For example, they have a Buttermilk Pancake and Waffle Mix which contains both milk and eggs placing it in the non-vegan category.

Also, given that the instructions may call for eggs or milk, you'll have to make some easy vegan substitutes when using Bisquick. We've compiled the vegan products and the non-vegan products below!

Want to learn how to shop and live vegan?
Check out our Vegan Shopping List for Beginners.

Which Bisquick Products Are Vegan?

Given that there are many forms of Bisquick on the market we've made a convenient list of vegan and non-vegan Bisquicks based on the information from their website. Because ingredient statements change, we recommend checking their ingredient statements for milk and eggs just to make sure.

*Use any of the links above to read customer reviews and check prices on Amazon.

All of the non-vegan products contain either eggs, milk, and/or honey.

There are also other vegan pancake mix brands to check out which we wrote an entire post about!

Here's an example of what a vegan ingredient statement of Bisquick looks like compared to a non-vegan one.

How Do I Replace Eggs and Milk in Biquick?

Milk: Milk should be an easier replacement given that there are plenty of plant based milks on the market. Given that soy milk has the highest protein content (most similar to dairy milk) it is the go-to replacement. However, almond and coconut milk will also work great for pancakes.

Eggs: While there are many egg replacers on the market that will work, making a flax egg is going to be the cheapest option. To make 1 flax egg, simply combine 1 tablespoon of ground flax seeds with 3 tablespoons of water, mix thoroughly, and let is rest in the fridge for 15 minutes. You'll also get other benefits from using a flax egg in your pancakes, including more fiber!

Final Word on Bisquick and Other Products

When it comes to a non-whole food with many minor ingredients, it is nearly impossible to trace whether some of them may be animal derived such as Folic Acid. That being said, they are such low percentage the harm to animals from consuming them in these products is virtually nil. If you're transitioning to veganism, we highly recommend to not overthink these things - just avoid foods blatantly labeled with animal products.