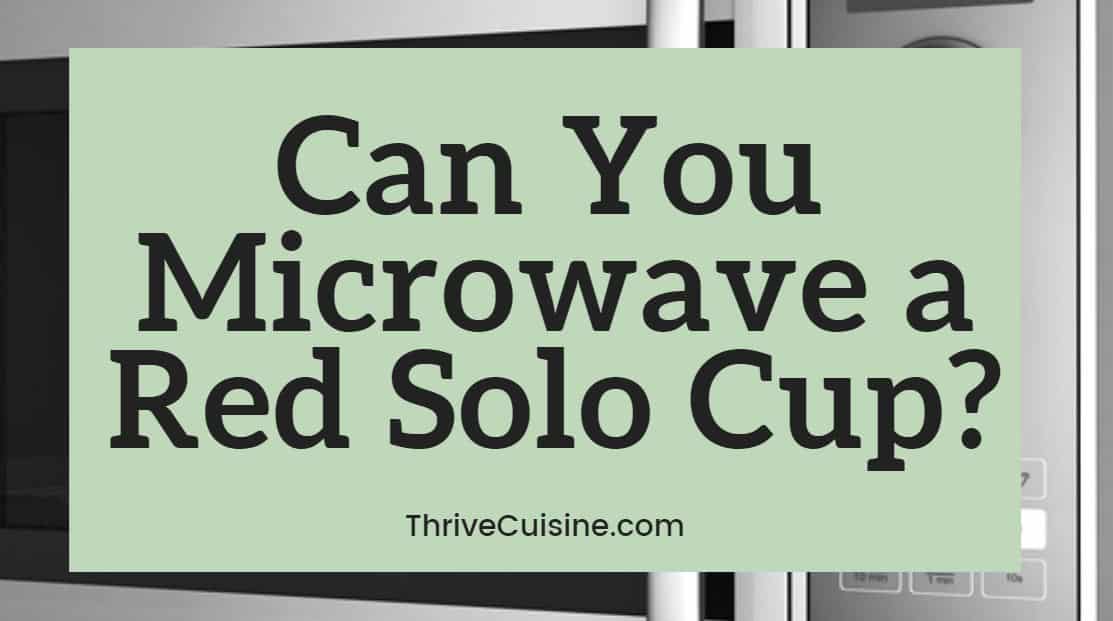 Quick Answer: No, you can't microwave a red Solo cup. This plastic cup won't survive the heating process, as you'll learn below.

What Is a Red Solo Cup?

Red Solo cups are party staples. They're those red plastic cups that are easy to pass out to guests as they're lightweight and disposable, limiting cleanup later on.

You can put your drink in a Solo cup, but you can't microwave it in it. One of the most significant reasons for this is that your Solo cup will start to melt.

This product is not designed to withstand extreme heat. If you were to try to microwave it, chances are, you'd see it start to literally shrink and melt through the window.

It's also probably not a good idea to store Solo cups anywhere near a heat source, such as a radiator or oven.

There's another concern about the chemicals in plastic materials. BPA is one that has become widely recognizable as something to watch out for. It could potentially be linked to increased blood pressure as well as effects on the human brain and behavior.

To be clear, not microwaving plastic cups with BPA won't necessarily keep the chemicals from getting into your beverages, but microwaving certainly wouldn't help.

One thing is clear: To make sure that you don't have a plastic melting situation on your hands, don't microwave red Solo cups.

The plastic party Solo cups that are so well known don't come in many varieties. They really just come in different colors.

That doesn't mean that Solo doesn't make other types of cups, because it does. But for the most part, they're pretty similar.

It's safe to say that you shouldn't microwave any Solo cup design.