You’ve probably noticed by now that fruits come into season at different times, depending on location. For example, you’ll find jackfruit in season in one country, but it won’t be available on the other side of the world until months later.

When is Jackfruit in Season?

Since jackfruit only grows in a few places on the planet, you’ll find it at the market at different times. Let’s take a look at the various locales where it’s popular, and when you’ll be able to find it fresh.

Although import areas will differ depending on where you live in the USA, your best bet for finding fresh Jackfruit is August or September. This is because jackfruit season can be anywhere from March to December, depending on where it’s grown. Since August is the midpoint, there will be an overlap between its harvest from the east coast, west coast, and Asia.

Jackfruit is actually grown in some parts of Florida, though it’s also imported from the Caribbean. You’ll be able to get huge armfuls of these fruits between July and October, with the biggest, juiciest ones appearing in late August.

You May Also Enjoy: Why is Jackfruit Called Jackfruit?. 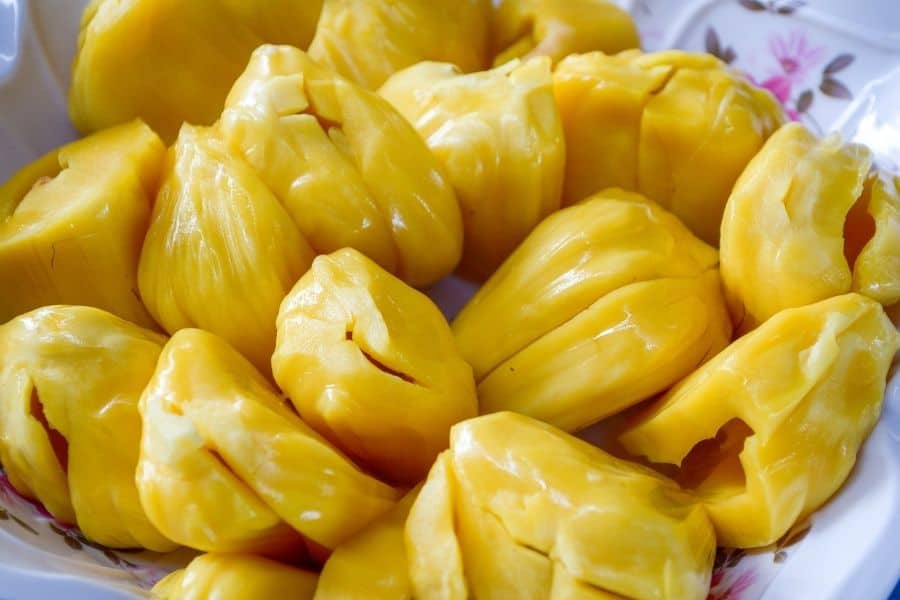 California is fortunate because it’s so close to parts of Mexico where jackfruit grows enthusiastically. Although you can find it in most Mexican fruit markets between April and September, the peak season is June/July.

Now, this depends on whether you’re in the Northern or Southern territory. If you’re in the north, then the growing season lasts from early June to late September. In contrast, if you’re further south, jackfruit harvest is between February and May. 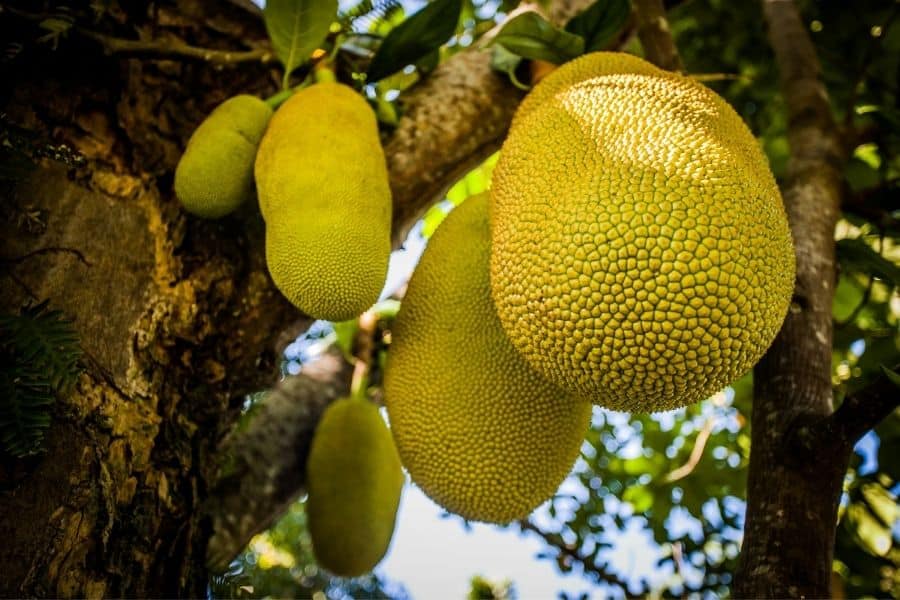 Jackfruit comes to full ripeness in Jamaica between September and December. If you live on or near those islands, or you’re fortunate enough to go for a visit, you can get them right off the tree. Otherwise, look for them in Caribbean food markets between Halloween and Christmas.

Read This Next: 5 Fruits that are Banned in the US

In India, the jackfruit harvest can be anywhere between January and August, depending on the region. May and early June are peak harvest months for juvenile jackfruit, which is the type used for plant-based meat alternatives. If you’re looking for fully ripe jackfruit, aim for late July/August.

Fresh jackfruit availability in Canada will depend entirely on where you live. If you’re in British Columbia or Alberta, look for them from late June to late July. These will be coming up from California and Mexico. Alternatively, if you’re east of Ontario, they’ll probably come from Florida or Jamaica. As a result, they’ll show up in markets in late autumn or early winter. 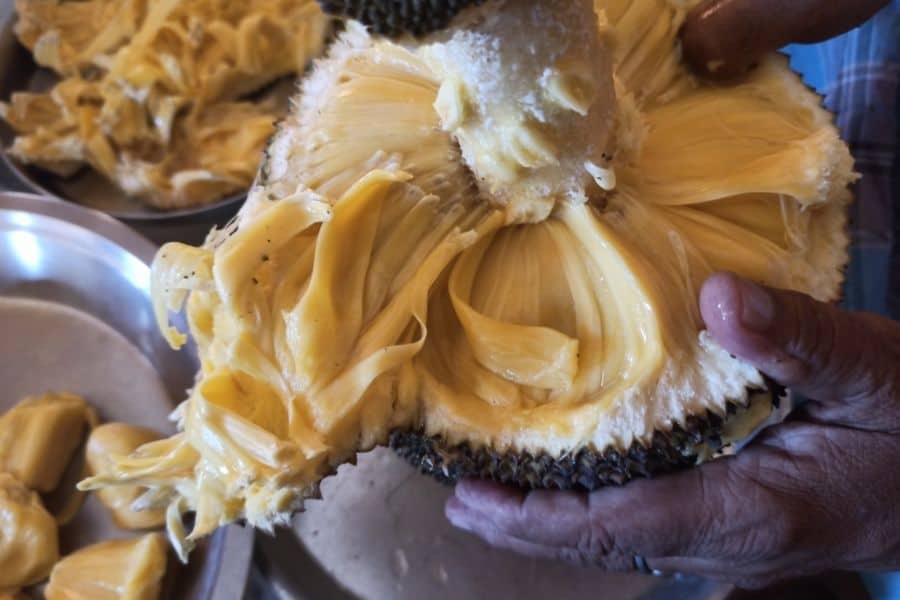 If you’re anywhere near the Philippines, look for jackfruit (and its cousin the marang) between June and October. Aim for July if you’d like juvenile fruits or late September for ripe ones.

Thailand has one of the longest jackfruit growing seasons. You’ll be able to find fresh fruits there from October through to May! As a result, you might be lucky enough to get your hands on Thai-grown jackfruit in North American markets from December to February.

Read This Next: What does Thai Food Taste Like?

As mentioned, Mexico’s jackfruits are the ones most commonly found in California, and their growing season lasts between April and September. Look for fresh fruits in June or July for optimal ripeness. If you can’t find them at your local Mexican or South American fruit market, ask the grocer if they can order some for you. 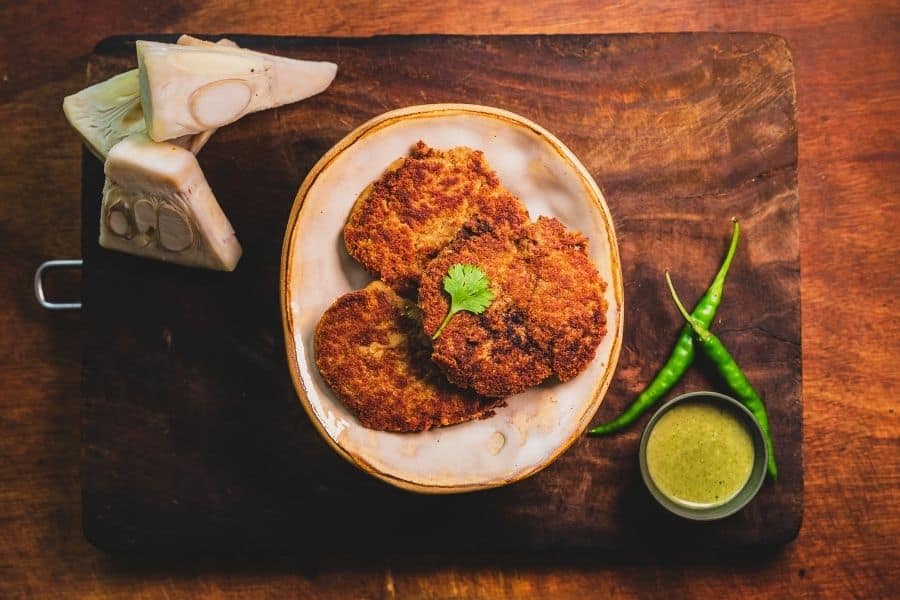 Remember that this seasonal guide only applies to fresh jackfruit. When jackfruit is in season, you can try it fresh at various South American, Caribbean, and Asian fruit markets. Alternatively, you can also find it canned year-round. This way, you can revel in vegan pulled pork tacos, buuz buns, and other delicious recipes whenever you like.

Where Does Jackfruit Grow? (ANSWERED)

Jackfruit Cost: Why Is It So Expensive? What’s the Price Per Kg?

Jackfruit Size & Weight: How Big is a Jackfruit and How Much Does it Weigh?

Jackfruit Varieties: 30+ Types of Jackfruit & How to Identify Them

When is Jackfruit in Season? (ANSWERED)

Why is Jackfruit Called Jackfruit? What’s the Scientific Name?