If you’ve ever eaten vegan “pulled pork” or mock chicken, then you’ve probably already eaten jackfruit. It’s a member of the breadfruit and mulberry family and originally came from either India or Sri Lanka. So how did it get its common name? Did someone named “Jack” discover it?

Let’s find out how jackfruit got it’s name!

Why is Jackfruit Called Jackfruit?

The most likely reason for jackfruit’s common name is from its southern Indian name: “chakka pazham“. This fruit is so popular in Sri Lanka and Bangladesh that it’s actually the national fruit in both countries.

These fruits were naturalized in Brazil by Portuguese traders, who brought them to the Americas in the 17th century. They thrived in the lush rainforest soil alongside coffee and sugar cane. Soon, jackfruit trees were producing enormous fruits, much to the traders’ delight.

When said traders imported the plants, they put their own linguistic spin on “chakka pazham“, and called the fruit “jaca“.

As you can probably deduce, this name became anglicized over time and morphed into the “jackfruit” moniker we’re all familiar with now. 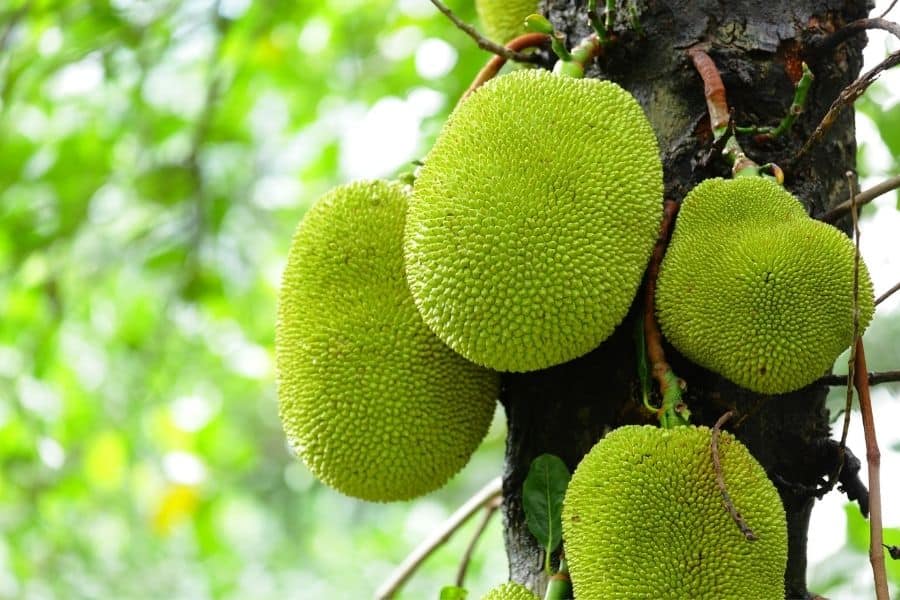 What’s The Scientific Name for Jackfruit?

Jackfruit’s scientific name is Artocarpus heterophyllus. This comes from the Greek words artos (which means “bread”) and karpos (which is “fruit”). Meanwhile, “heterophyllus” literally means “different leaf”. This refers to the fact that these trees have more than one type of leaf.

As you can see, its scientific name encompasses its nature quite well. 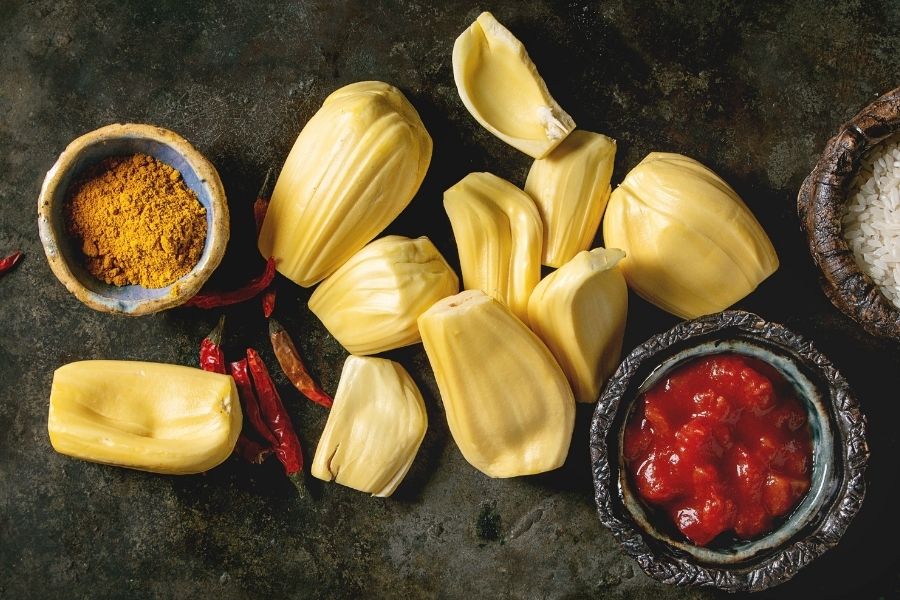 What is Jackfruit Called in Spanish

The Spanish name for Jackfruit is “yaca“, which is very similar to its Portuguese name. Of course, that’s what it’s called in Spain, Cuba, Mexico, and South America. In Puerto Rico, however, it’s known as “panapén“.

Hopefully, this has answered your question about why jackfruit is called jackfruit, and not Svenfruit or Markfruit.

Where Does Jackfruit Grow? (ANSWERED)

Jackfruit Cost: Why Is It So Expensive? What’s the Price Per Kg?

Jackfruit Size & Weight: How Big is a Jackfruit and How Much Does it Weigh?

Jackfruit Varieties: 30+ Types of Jackfruit & How to Identify Them

When is Jackfruit in Season? (ANSWERED)

Why is Jackfruit Called Jackfruit? What’s the Scientific Name?