Isn’t it weird how some ingredients can change color during the cooking process? For example, why do tomatoes turn orange when blended? Why don’t they stay as red as they do on the vine? After all, shouldn’t homemade tomato juice or sauce be as lusciously red as the tomatoes they’re made from?

Why do Tomatoes Turn Orange when Blended, Instead of Staying Red?

If you’ve ever plucked juicy red tomatoes from your garden, only to have them turn bright orange in the blender, you’re not alone. Most of us have experienced the shock and sadness that ensues when our precious juice or sauce-to-be goes flaming orange instead of sultry red.

So why does this happen?

What strange alchemy ensues once tomato hits blade that causes it to change color so drastically? Well, it turns out that there are a few different reasons why this can happen.

Let’s take a look at them, and you can determine which of these explains why your pasta sauce looks more carroty than tomato-y.

Apparently, when tomatoes are whipped through a food processor or blender, it gets highly oxygenated. This means that those whirring blades whip oxygen into the tomatoes’ cells, changing their color.

The same thing happens to our blood when it’s exposed to the air. When it’s inside our veins, it’s a dark, purplish-red hues. But as soon as oxygen hits it, that oxygen binds to the hemoglobin within it. This absorbs the blue-green light spectrum, reflecting orange-red light into our retinas.

Thus, the blue-red hues present in ripe tomato flesh seems to magically transform to orange, right before our eyes. Or rather, according to our eyes.

You get the idea.

If you want to grind or puree your own tomatoes without orange-ifying them, try using a manual food mill. These are basically hand-operated food processors. Unlike electric blenders, however, they won’t hammer oxygen into your tomatoes. Sure, there will still be oxygen exposure, but on a much more subtle, gentler level.

You May Also Enjoy: Is Tomato Sauce Vegan?

Although oxidization is the primary reason why tomatoes turn orange when blended, this can also happen when you use under-ripe tomatoes.

Lycopene is a glorious antioxidant chemical compound that gives red and pink fruits and veg their hue.

Isn’t that cool? Also awesome is the fact that the ethylene that tomatoes release will help to ripen various fruits and vegetables stored near them. Granted, it’ll also accelerate rot, so be careful what you store with them. Under-ripe bananas or avocadoes will reach perfection point within a couple of days. Leave them for much longer than that, however, and they’ll turn to blackened mush.

Have you picked your tomatoes before they’ve had a chance to ripen fully? This can happen accidentally, or by necessity, such as if plants get damaged, or if the weather turns cold suddenly. It’s better to harvest unripe tomatoes and let them ripen in a bag, than risk them getting damaged on the vine.

In situations like this, trying to make sauce with these orangey tomatoes will result in orange tomato puree.

Most of us are accustomed to cooking with very ripe red tomatoes. After all, those are the most common, most popular varieties around.

That said, tomatoes come in dozens of different hues. These can range from the palest yellow-white varieties, through the usual reds and pinks, all the way to deep purple and black.

Related Article: 22 Fruits that are Black in Color

As a result, if you find that the tomatoes you’ve grown in your garden are more orange than red, they might be absolutely normal. You may have simply grown an orange variety, rather than a red one!

Here are some of the most popular (and delicious) orange tomato varieties currently available:

If this is the case, no need to fret! Orange tomato varieties taste absolutely delicious. As a result, so will anything you prepare from them.

What Fruit Looks Like a Tomato? Plus 8 Fruits That Look and Taste Similar to Tomatoes

50+ Different Types of Tomatoes (Complete List of Varieties with Pictures)

Do Tomatoes Need Sun to Ripen After Being Picked? (EXPLAINED)

Are Tomatoes Monocots or Dicots? (EXPLAINED)

Are Tomatoes a Good Source Of Fiber? (Explained)

Do Cherry Tomatoes Ripen After Being Picked? (EXPLAINED)

Do Tomatoes Ripen After Being Picked? (EXPLAINED)

Do Green Tomatoes Continue to Ripen After Being Picked? (EXPLAINED)

Do Tomatoes Have Quercetin? (EXPLAINED)

Why do Tomatoes Turn Orange when Blended

How do Tomatoes Reproduce Asexually?

How do Tomatoes Pollinate in a Greenhouse?

Why are My Tomatoes Turning Yellow Instead of Red?

Why do Tomatoes Turn Black on the Bottom on the Vine?

What are the Juiciest Tomatoes? 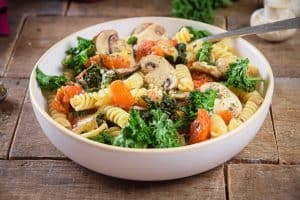 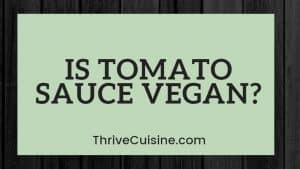 Is Campbell’s Tomato Soup Vegan? (What You Should Know…)