This guide is all about freezing kale. We’re going over how to freeze kale two different ways and all the steps necessary to get the optimal flavor for different recipes. Stick around for bonus tips, too. 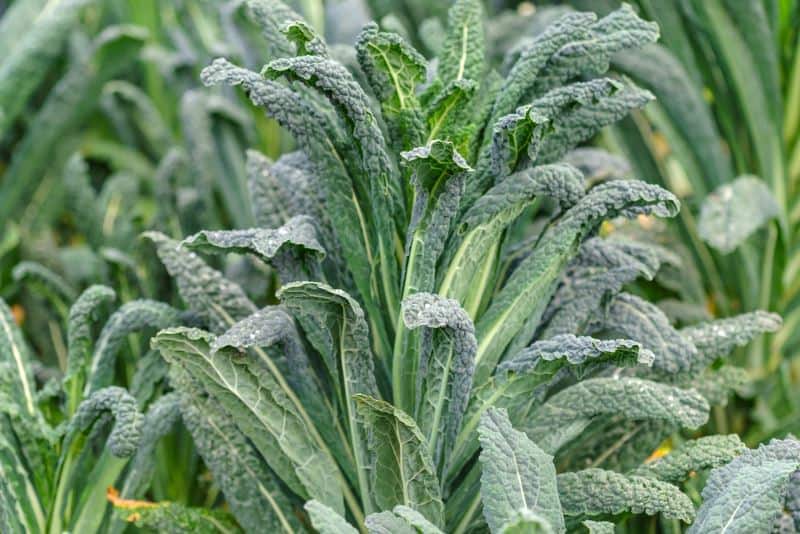 Can You Freeze Kale?

Quick Answer: Yes, you can successfully freeze kale!If you want frozen kale for soups, sauteing or any cooked recipe, it’s a simple six-step process.But if you want kale for smoothies, you’ll be done in two steps, as you’ll find out below.

Step 1 – Clean and Prep the Kale 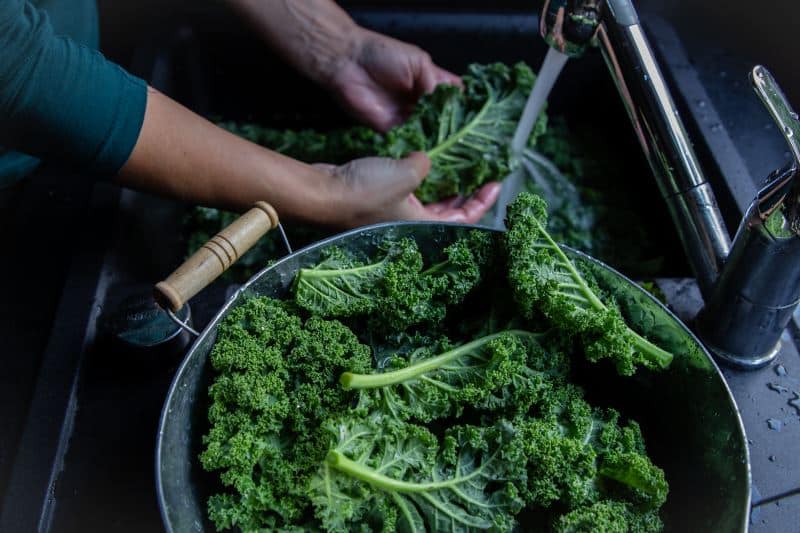 Just like any other vegetable, kale needs to be cleaned to remove all the dirt.If you don’t think it’s been pre-washed very well, soak it in a bowl of cool water for ten or fifteen minutes and gently swirl it around, then rinse it.

If the kale looks like it has been thoroughly pre-washed, you can probably get away with just rinsing it under running water.

Then just dry the kale leaves off with a paper towel, remove the stems (unless you like the stems), and chop them into whatever size pieces you like.

Step 2 – Freeze the Kale, or Set up a Blanching Station 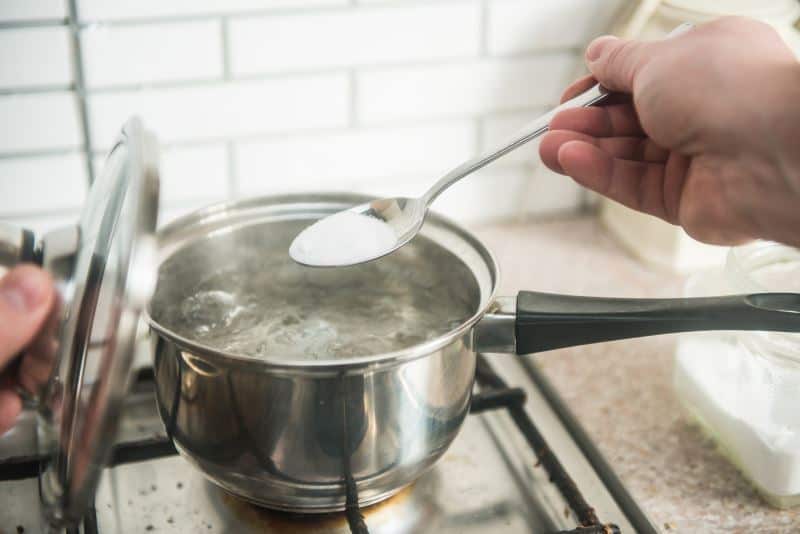 Is this going to be smoothie kale?If so, then you’re done after you put it in a freezer bag.Make sure you get all the air out before you seal the bag and freeze it.

But if you’re going to be using the kale in any cooked recipes—or if you’re not going to get to use it for several months—blanching it is the best way to keep it tasting fresh.

To set up your blanching area, put a pot of water on the stove and turn up the heat to boil it.Optional: Add a teaspoon or so of salt.Then put some cold water and ice in a large bowl and set it aside.

You’re ready to blanch the kale when the water on the stove has reached a rolling boil.Carefully put the kale in the boiling water and wait for it to start to get tender, which will take about two or three minutes.

You don’t want to undercook or overcook the kale in this stage, so keep an eye on it and try to stick to the recommended blanching times as closely as possible.

Step 4 – Shock the Kale in the Ice Bath

To get the kale to stop cooking even after it’s out of the pot, transfer it to the bowl of ice water as soon as the blanching time is up.

The cooling stage will be quick.After a few minutes, the kale should be plenty chilled and ready for the next step.

Drying the kale is a big part of the process as too much moisture will encourage freezer burn.

Drain the kale in a colander, giving it a good squeeze to remove excess water.Then pat it dry with a paper towel or a clean kitchen towel.

Step 6 – Pack the Kale and Freeze It

Your kale is now ready to be frozen.The best way to do this is to use freezer bags and get as much air out as you can before you seal them.

This is important because the kale will probably still be a little damp, which is perfectly fine.It just means that you’ll need to remove the air inside the bag to keep the kale fresh-tasting months down the road.

We mentioned destemming the kale in Step 1. If you know the secret to doing this quickly and painlessly, pass it on to a friend.

If you don’t know the destemming trick, watch this video (and then pass it on to a friend).