Wondering what vegetable family celery belongs to – or perhaps the type of vegetable that celery is considered? You’re in the right place. In this article, we’ll explain everything you need to know… 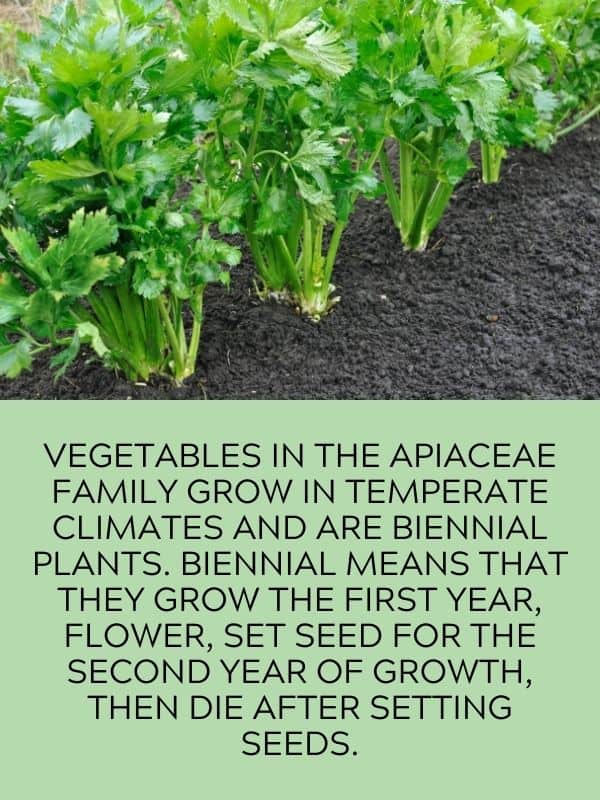 Celery’s scientific name is Apium graveolens and it is a member of the parsley (Apiaceae) family. It produces small seed-like fruits that are called celery seeds, which are very similar in flavor and smell to the whole celery plant.

Vegetables in the Apiaceae family grow in temperate climates and are biennial plants. Biennial means that they grow the first year, flower, set seed for the second year of growth, then die after setting seeds.

The celery plant is usually grown as an annual, meaning it completes its life cycle within one growing season (12 months). It grows leaves during the springtime and flowers in the summertime. It can also be grown as a perennial during the summer months.

Celery is a cool-season crop that grows best in moist, well-drained soils with high organic matter content. It should not be planted until the soil reaches 50°F or above and can handle freezing temperatures at night for prolonged periods of time. It is typically planted in the springtime but can be planted as late as mid-August for a fall-time crop.

Other Examples of Vegetables in the Apiaceae Family

Other varieties of Apiaceae vegetables include:

All vegetables in this family share the same characteristics, which include tall and thin stalks, alternate leaf arrangements on the stem, and tapered leaves shaped like a triangle at the top of each stalk.

What Type of Vegetable is Celery – A Root, Stem, Leaf or Stalk Vegetable? 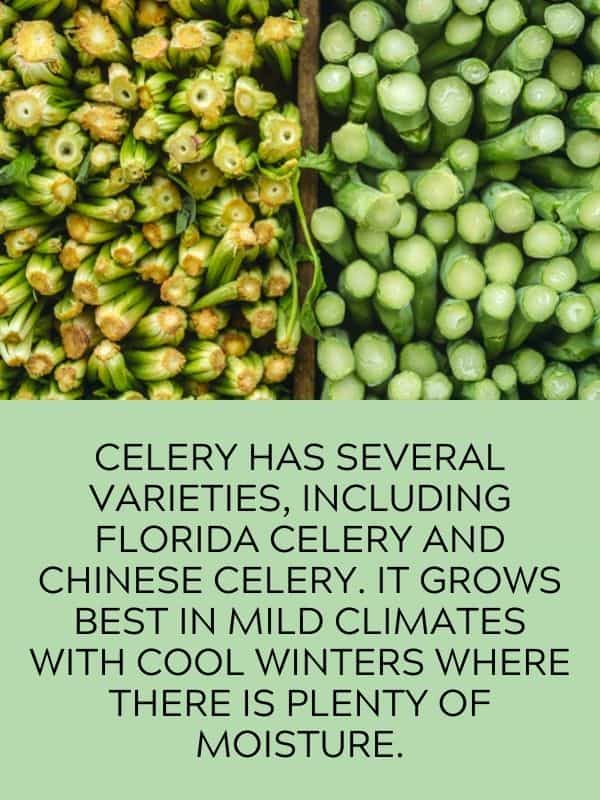 The main part of celery that is consumed is its stem, although the leaves and stems are edible as well. The stem of the celery is called a stalk, which is a cylindrical and hollow vegetable. Because of this, celery is commonly considered to be a stalk type of vegetable.

Some common misconceptions about celery are that its roots are poisonous, which isn’t true. Also, it’s been thought that the leaves of celery are not edible when they are wilted or dried, but you can actually eat them if prepared properly.

Celery has several varieties, including Florida celery and Chinese celery. It grows best in mild climates with cool winters where there is plenty of moisture. 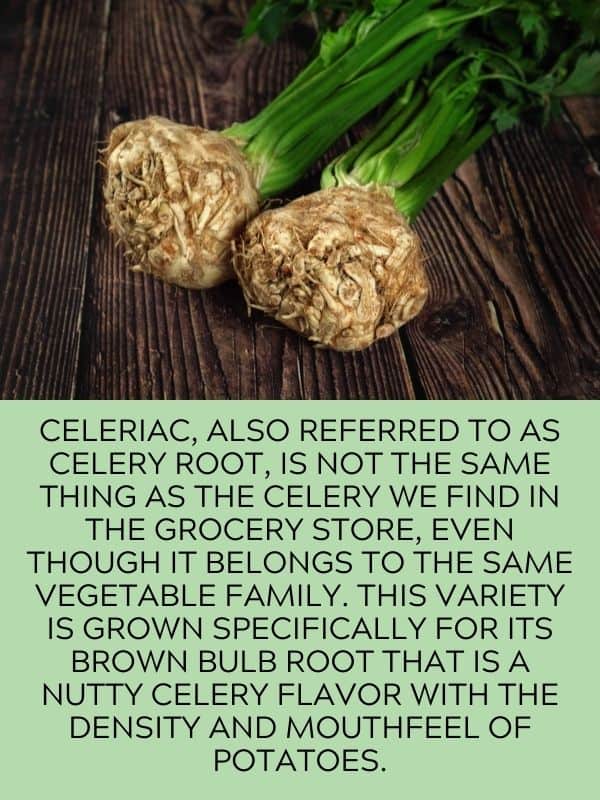 Stem: Celery stems are the main edible portion of the plant and are often used to give dishes a crunchier texture and brighter color, like in salads. They are also used in soups or to infuse flavor into cooking liquids.

The stem of the celery plant has ribbed strings running throughout it which you can see if you break apart the stalks. The leaves are also eaten but they have a much stronger flavor than the actual stalk or stem.

Leaf: The leaves of celery shoot off of the stem and are the most flavorful part of the plant. They contain more nutrient density than celery roots and stalks since they sit above the ground where sunlight can reach them. These parts can be eaten raw or cooked but should not be consumed if they are wilted or slimy.

Both the stem and leaves are filled with nutrients. Both of them have vitamin A, potassium, calcium, iron, and some B vitamins. One cup (100 grams) of celery contains 33 calories and almost no fat or cholesterol.

Root: The root of the celery plant is where it stores energy for growth. This part can be eaten as well, but is not typically used in cooking because its texture can be tough and fibrous.

But What About Celeriac Root?

Celeriac, also referred to as celery root, is not the same thing as the celery we find in the grocery store, even though it belongs to the same vegetable family. This variety is grown specifically for its brown bulb root that is a nutty celery flavor with the density and mouthfeel of potatoes.

Is Celery a Root Vegetable? 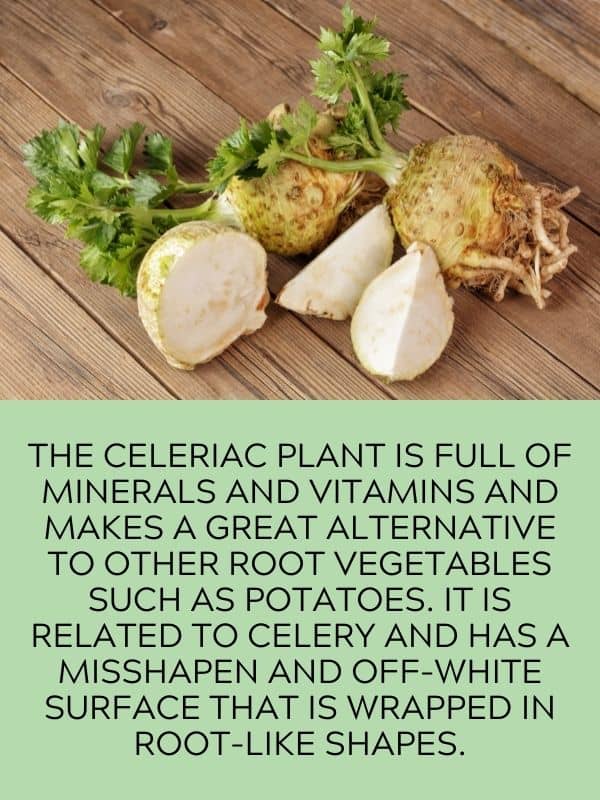 The traditional celery you see in a grocery store is not categorized as a root vegetable. However, its cousin celeriac is.

The celeriac plant is full of minerals and vitamins and makes a great alternative to other root vegetables such as potatoes. It is related to celery and has a misshapen and off-white surface that is wrapped in root-like shapes.

This food is popular in Northern and Eastern Europe and this winter root vegetable is used in many dishes, including stews, casseroles, salads, and soups. It takes on a slightly sweet flavor when baked and can be cooked in the same ways that other tubers are prepared.

The History of Celery 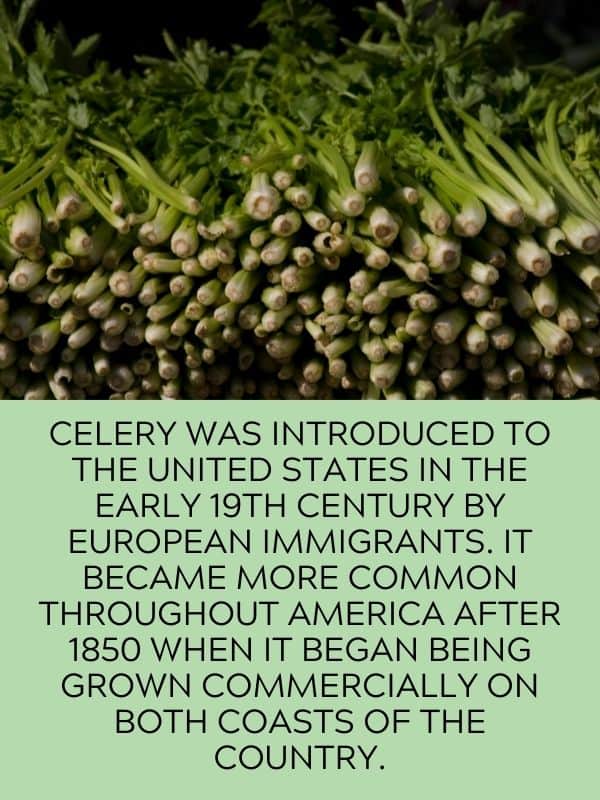 The celery plant originated in the Middle East and was also used to flavor food by the Romans and Greeks. It has also been used medicinally in China for many centuries.

Celery was introduced to the United States in the early 19th century by European immigrants. It became more common throughout America after 1850 when it began being grown commercially on both coasts of the country.

Now it is a popular food in the United States and is enjoyed raw, cooked, canned, or frozen. It can also be found dried as celery flakes, which are used to add flavor to soups and other dishes. Juicing celery is a great way to get in your daily servings of this plant food for those who don’t enjoy eating vegetables.