Looking for a list of vegetables like celery? You’ve come to the right place. Keep scrolling to see 14 substitutes that look and taste similar!

Celery is a vegetable that mostly grows in marshland. It’s a member of the parsley food family, which also consists of other plants like coriander, cumin, parsley, and anise. People have been growing it for culinary purposes and also as herbal medicine.

Celery is a very common ingredient worldwide due to its strong flavor, taste, and crispy texture. Apart from making foods taste delicious, it also has other benefits such as weight maintenance since it is a low-carb, low-calorie, and low-fat vegetable. Luckily, you can still remove celery from your recipe and replace it with other plants that taste and even resemble it. Read more to discover these plants. 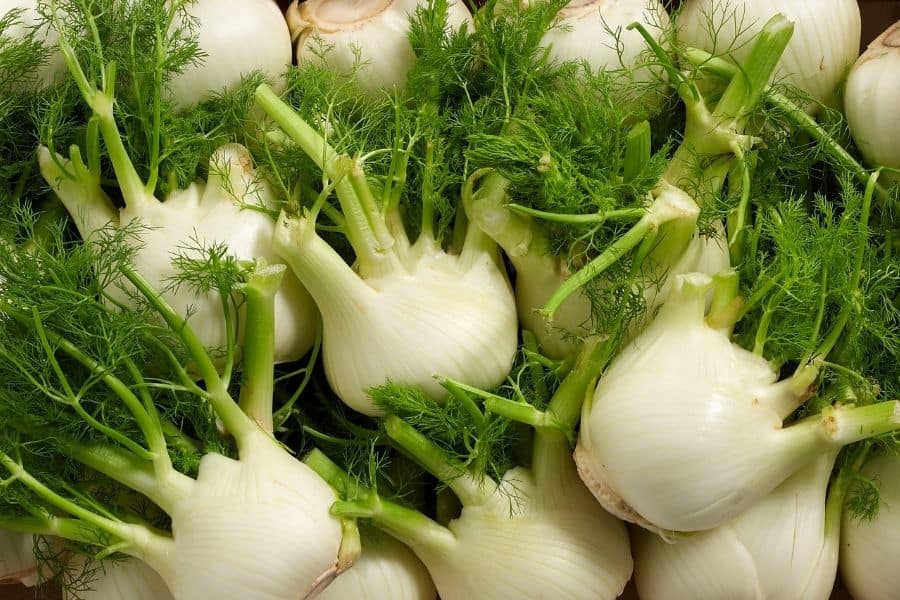 Fennel bulbs have a distinct anise flavor that makes them an ideal substitute for celery. The flavor is not totally the same, but the texture is very close. When raw, fennel has a crisp texture and strong flavor. The flavor reduces, and it becomes soft when cooked. It’s great when used in salads, pasta, and more and can also be combined with tomatoes and other vegetables. Every part of the fennel plant is edible, with the fronds having the strongest aroma. The bulb can also be chopped and added to soups. 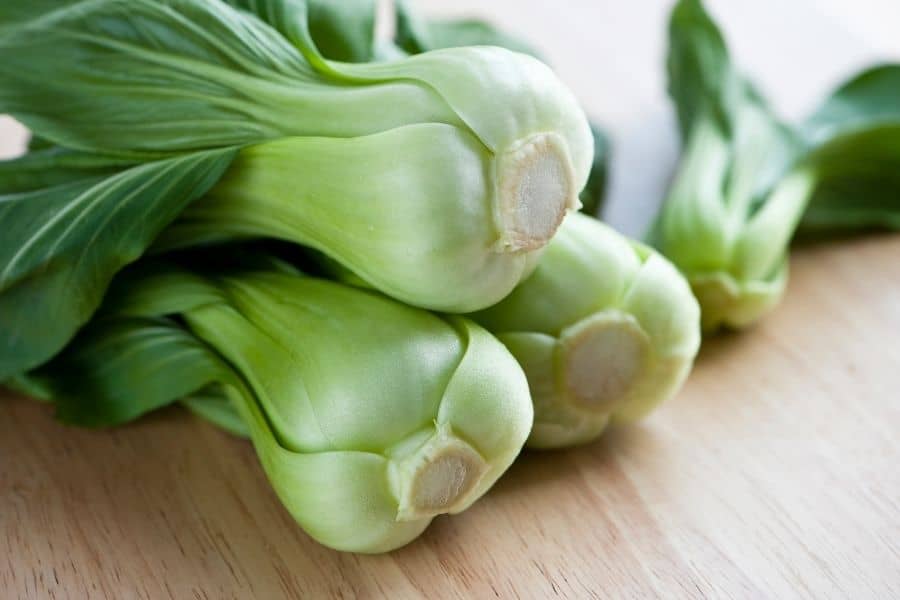 Bok choy, also known as Chinese cabbage, can be used in various dishes, similar to celery. You can easily stir fry Bok choy for a crispy taste and serve it alone or together with other dishes such as rice. It’s also very good when used in salads, especially when it has not overgrown. Bok choy can also be added to soups for an enhanced taste. The vegetable is a good source of vitamins A, C, K, and B6. 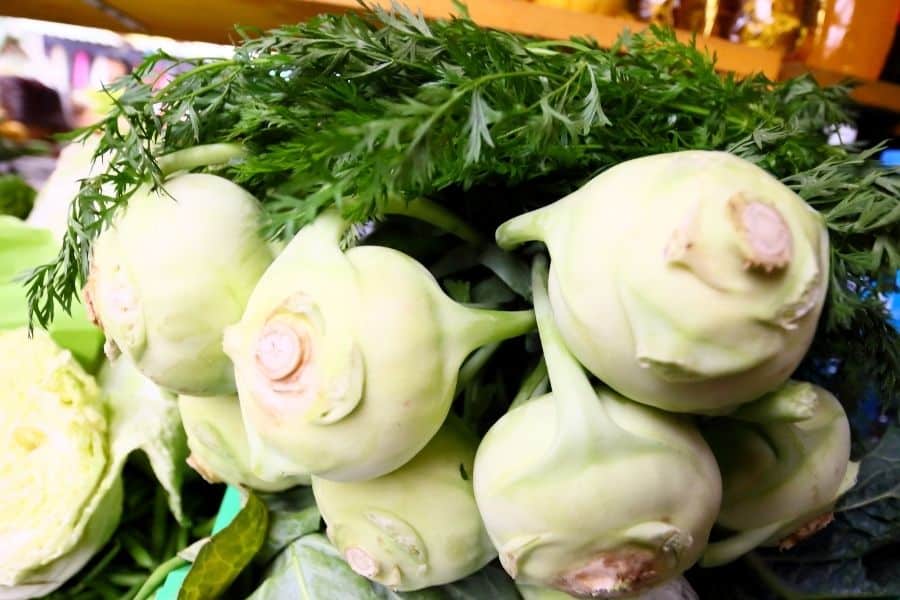 Celeriac is another incredible vegetable similar to celery, great for cooking recipes. If you really want to get something that has a similar flavor to celery, celeriac is what should come into your mind; even their names are almost similar. Similarly, if you are allergic to celery, you can try out celeriac. It might not have any effect on your body. Celeriac leaves have the strongest flavor, but you can still use other parts such as the stalk and the root. This spice is great for making soups and stews, just like celery. 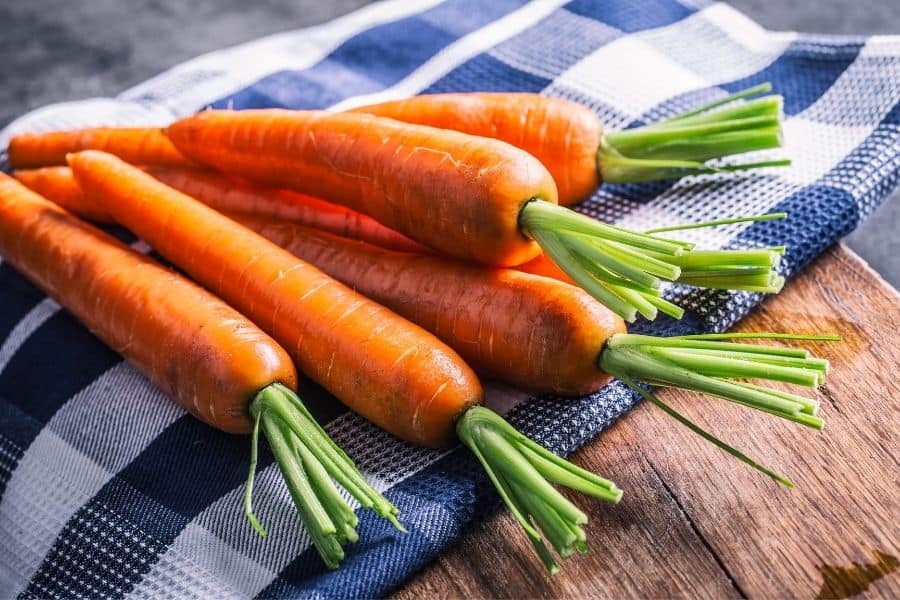 Carrots are some of the easiest to find vegetables like celery. Just like celery, they have a signature crunch and are very sweet. Do you like eating raw celery as a snack? You could do the same with carrots. Apart from adding delicacy to different dishes, carrots also have great nutritional value.

They have potassium, calcium, among other nutrients, which have several benefits, such as boosting the body’s immunity, promoting good vision, and healthy skin. They are also good when it comes to weight management. If you really want to shed some weight, grabbing some carrots and snacking on them will be a better idea, as they are cholesterol-free and fat-free. 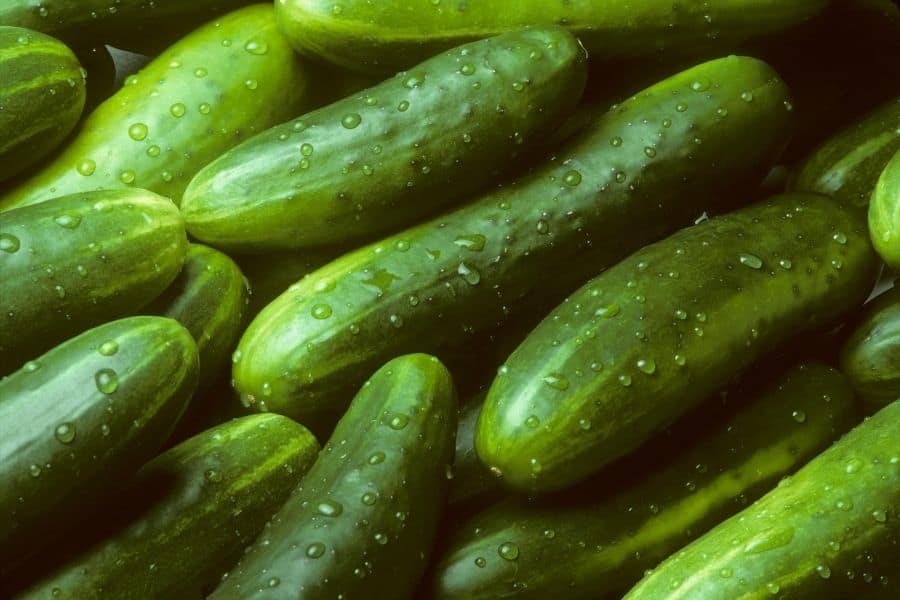 Cucumbers are crunchy but don’t have a very strong flavor. Just like celery, cucumbers are low in calories and can be eaten as a snack. They have a sour and sweet taste which varies according to freshness. However, they have a balanced taste that is neither too strong nor too mild. Cucumbers are great when used in salads and making soups. They are also used to make cucumber juice. They are also good at promoting hydration, lowering blood sugar, and aiding weight loss. 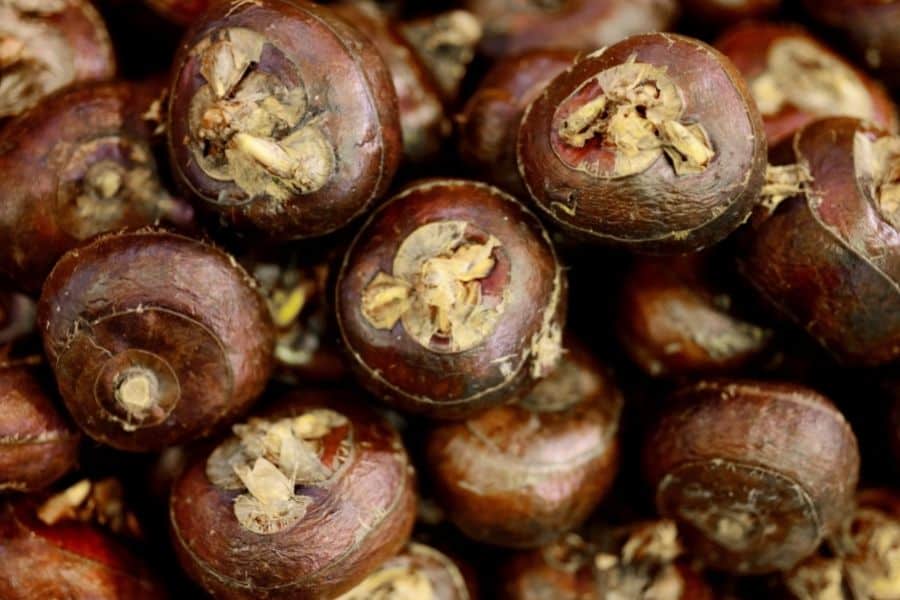 Additionally, they are full of nutrients such as potassium, proteins, manganese, and copper, which have many benefits in the body. Water chestnuts are also very low in calories, which makes them an ideal meal for people who want to lose or maintain weight. You can enjoy them when still raw as a snack or add them to salads or soups. 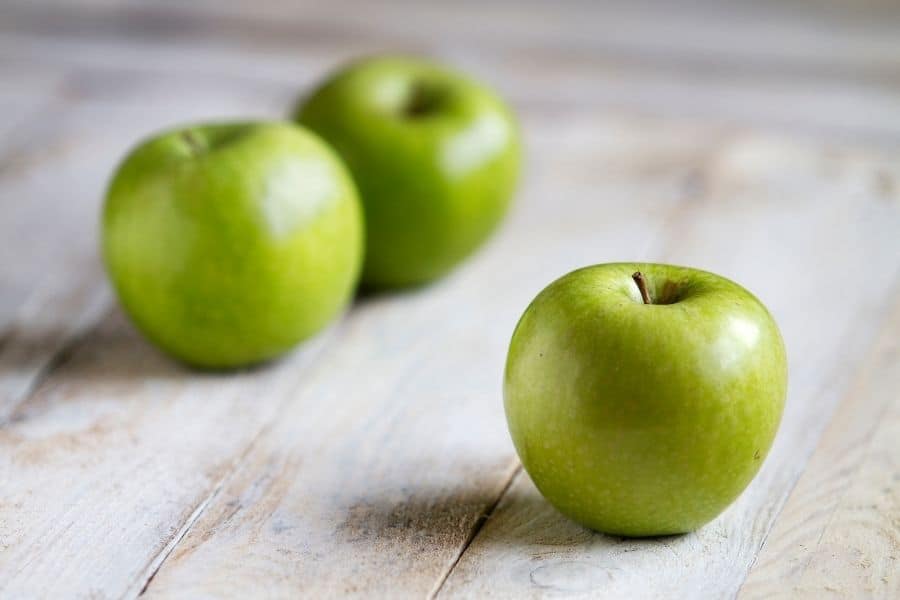 Green apples have a fruity taste that is neither sweet nor bitter. They are also crunchy, a characteristic that makes them good celery substitutes. Actually, many people love using both celery and green apples to make smoothies, which is very useful during the warm seasons as it keeps the body warm. They are perfect at making salads, thanks to their taste and appearance. Green apples have a lot of fiber which has a lot of benefits on the digestive system. 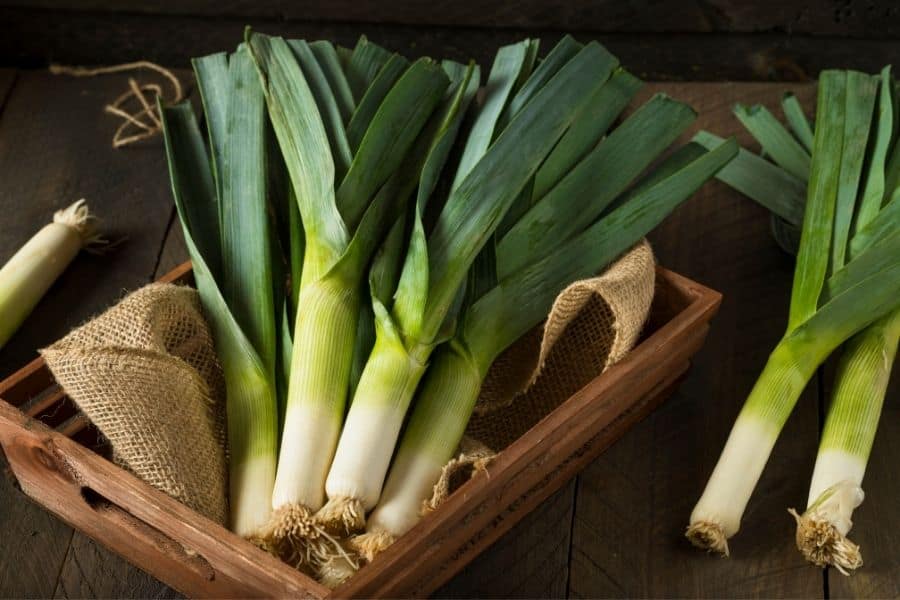 Leeks offer good celery substitutes when added to soups. They resemble big green onions but have a milder and sweeter flavor. Leeks are low in calories and have a lot of nutrients. They can be thinly sliced and added as salad top-ups and can also be mixed with other vegetables before roasting. They are also used to add flavor to soups and stews. Leeks have several benefits to the body, such as promoting healthy bones, promoting better eye health, and reducing the chances of getting cancer. 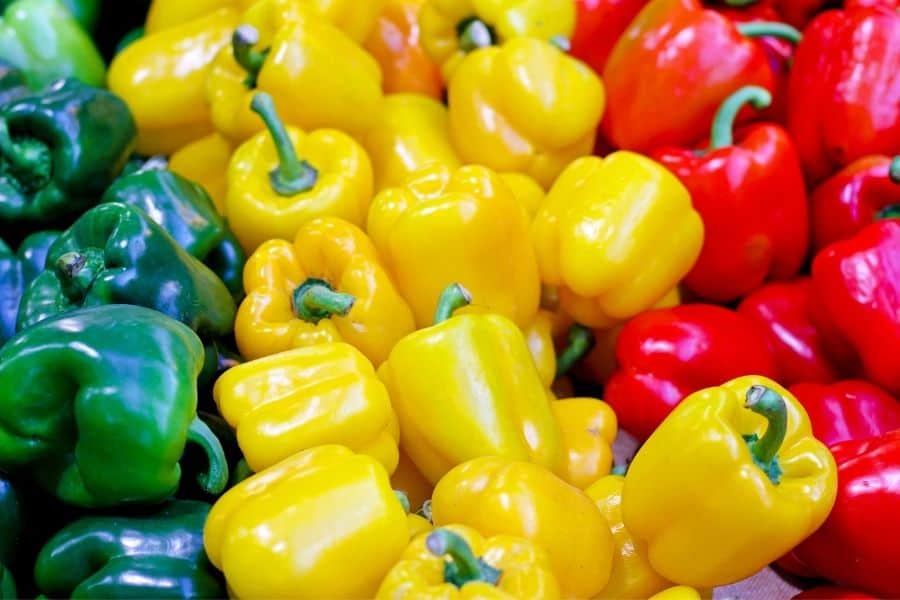 If you want to use bell peppers as a celery alternative, go for the green ones. Other bell peppers like the red, orange, and yellow pepper have a sweet taste, while the green one has an earthly taste, which is not very far from that of celery. They are packed with several nutrients and are low in calories. There are several ways to enjoy bell peppers. They can be eaten raw, grilled, and added to soups and other dishes. Apart from their culinary uses, bell peppers are good sources of fiber, potassium, vitamins A and C. They also have several health benefits like improving eye health and reducing the risk of getting chronic illnesses.

Cardoons look like celery, only that their leaves are larger and look like they have spikes. They can be eaten raw but have a bitter taste that goes away when cooked. It’s a good source of magnesium, potassium, and several vitamins. When preparing cardoon, you have to be careful, though, as it can have a bitter taste. Soaking it in salty water before cooking gets rid of the bitter taste.

Jicama is also known as the Mexican potato. It has a crunchy taste similar to celery. It’s loaded with vitamin c, potassium, magnesium, and other useful nutrients. Jicama can be tossed in a salad, sauteed, and even roasted. It also offers several health benefits, such as boosting heart health and promoting hydration in the body. 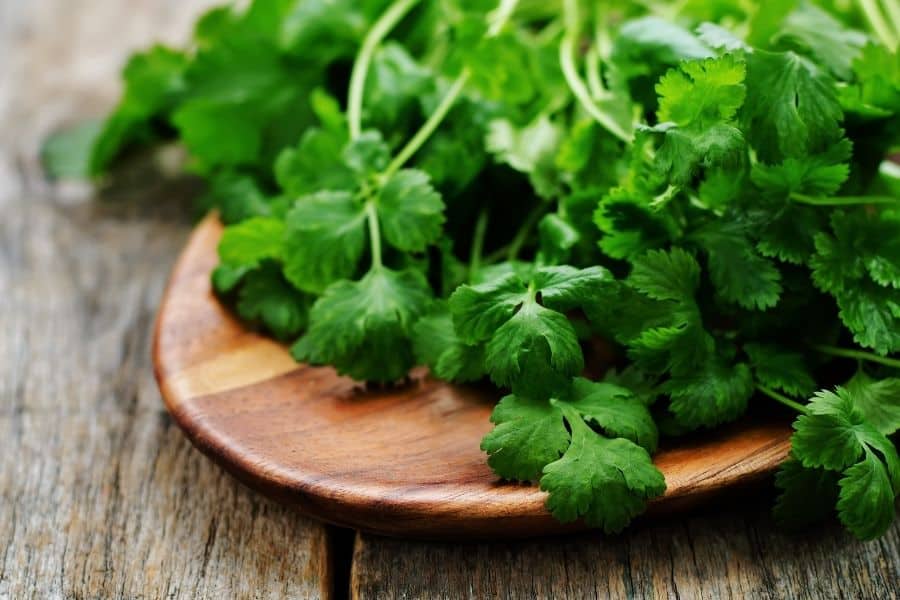 Corianders greatly look like celery, although they have a different shape and size and are more feathery. Actually, not everyone is able to distinguish the two, as they have several similarities. It also has a stronger smell than celery. Its leaves are also taken, either as seeds or in grounded form. Coriander is used in many dishes like salsas and soups.

On top of adding flavor to food, coriander has several health benefits, such as lowering blood sugar, boosting the body’s immunity, and promoting the good health of the digestive system. 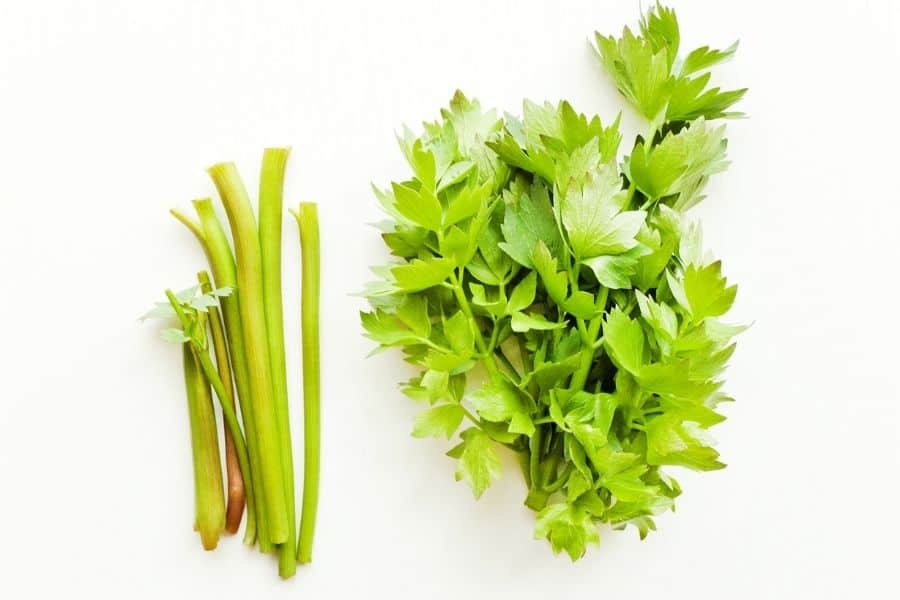 Lovages are also plants that taste and look like celery and are native to the Mediterranean region, western Asia, and the middle east, although it can be grown anywhere. It is loaded with vitamins, antioxidants, and anti-inflammatory properties. It can be used on all dishes where celery is used. The lovage leaves can be used in drinks when dried and are also used to make salads, soups, stews, and more foods. Its oil is also used to make several products, including soaps, massage oils, and perfumes.

What Are Stalky Vegetables?

Stalky vegetables are vegetables with edible stems. The leaves and roots of some of these plants are also edible. 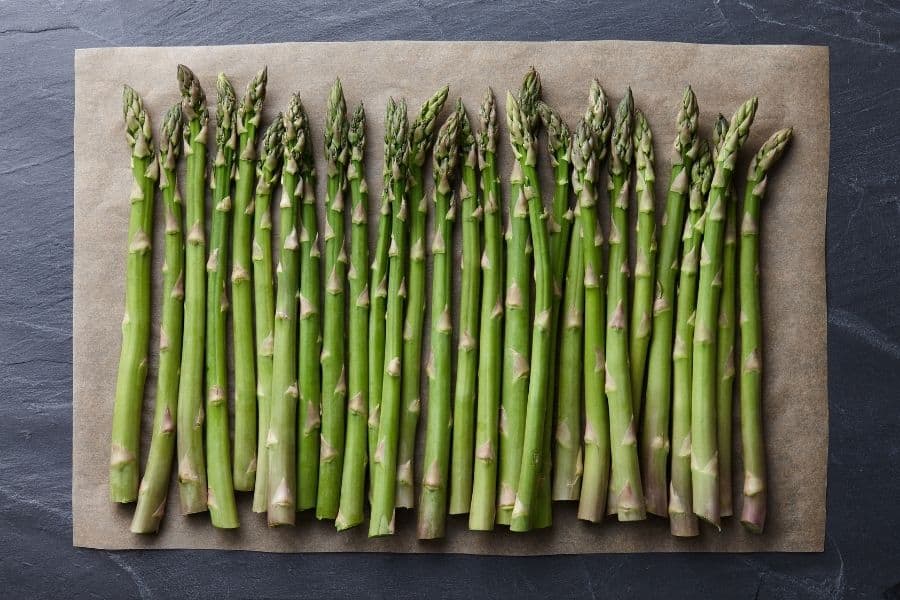 Celery is a favorite plant for many, thanks to its taste, smell, and texture. It also goes well when prepared together with other foods. Just because you cannot get or use celery for some reason, you can still get vegetables that taste like it. If you develop allergic reactions after taking celery, you might not develop them when you use these substitutes.

The best thing is to try them one at a time and see whether they match your culinary expectations. Some even look like it. Many of these vegetables can be used in all dishes where celery is used, and they also have great nutritional value.