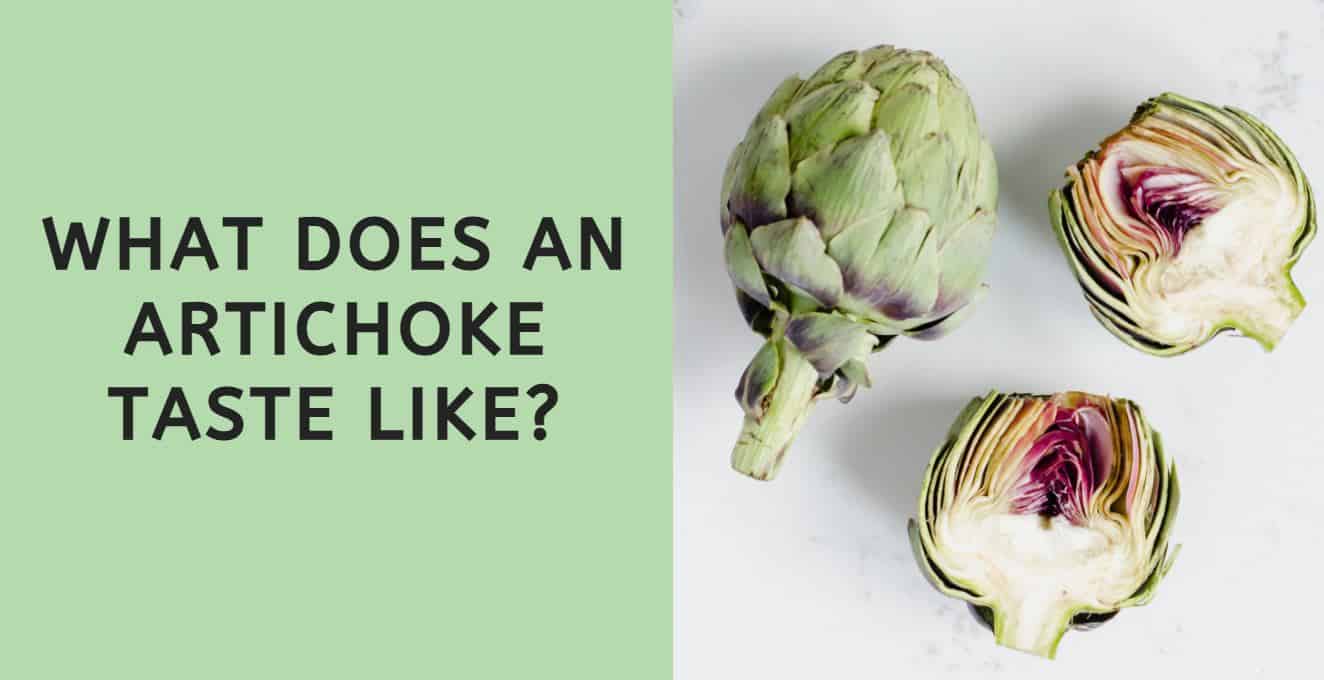 Have you ever wondered what an artichoke tastes like? If you’ve never tried one before and you’re curious about the taste, we’re here to help you.

In this quick guide, we’ll be describing the taste of an artichoke. Beyond the taste, however, we’ll cover various ways you can prepare artichokes.

Keep on reading to learn more about this vegetable and its uses.

The taste of an artichoke can vary drastically based on how it’s prepared. If you were to nibble on a raw artichoke, you’re likely to experience a taste that can best be described as green and earthy. Those with discerning palates might even detect traces of nuttiness in their artichokes.

Artichoke’s flavor profile is rather subtle. This isn’t a powerfully flavorful veggie, so it won’t make much of an impression by itself.

You can draw out some other flavors by cooking it. Boiling it, for instance, will accentuate some underlying sweet notes in the veggie that normally appear only as an aftertaste. Grilling it will give it a smokier flavor, unsurprisingly.

If you want to really add some dramatic flavors to your artichokes, try out some of these spices that go with artichokes.

How Do You Eat an Artichoke?

Now that you know what an artichoke tastes like, it’s time to dig into what you can do with one. Of course, you can eat it raw, but that’s probably not the best way to eat an artichoke.

There are tons of things you can do if you’ve got some artichokes on hand. For starters, they make a fantastic vegan pizza topping. You can also use your artichokes to make a tasty dip if you’re in the mood for a snack.

Artichokes are also a common ingredient in pastas. We discuss a few uses and recipes in our guide to what artichoke hearts taste like.

Of course, if you want to keep it simple, you can just bake your artichokes with some spices and olive oil and eat them as a side dish, too.

Read Also: What Do Hearts of Palm Taste Like?

We’d recommend artichokes to anyone who hasn’t tried them yet. They’re amazingly versatile veggies, and their subtle flavor allows you get creative with how you use them. Baking, boiling, grilling, frying, and steaming are just a few ways you can prepare your artichokes…and that’s really just the tip of the iceberg.

Navigate This Article Using The Links Below
What Does an Artichoke Taste Like?
How Do You Eat an Artichoke?
Wrap Up