Curious about the difference between red, green and brown lentils? We'll tell you all about the taste and texture of these different varieties and share some cooking tips for making the best vegan lentils ever. 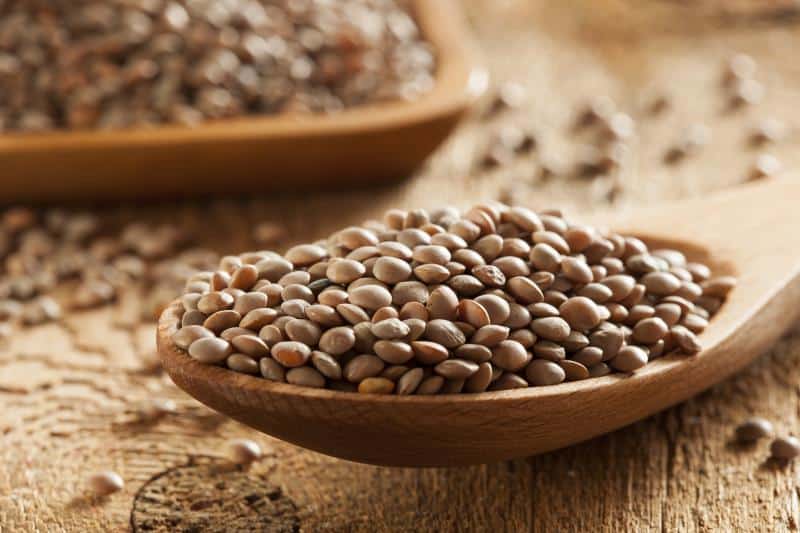 Navigate This Article Using The Links Below
What Do Lentils Taste Like?
Lentil Texture
Do All Lentils Taste the Same?
What Happens If You Overcook Lentils?
Can You Eat Hard Lentils?
Lentil Serving Tips
Wrap Up

Lentils are legumes that are often used as vegan fillings for burritos and shepherd's pie. They're earthy with a mild beany flavor that's not as strong as kidney beans and can be likened in some ways to pinto beans.

Generally, lentils are not at all strong. While there is a certain starchy taste to them, they tend to absorb a lot of the flavors of the other ingredients they're cooked with.

This hearty legume, which is hard and smooth while still in dried form, turns very soft when cooked. Perfectly cooked lentils are tender with just enough firmness to create a dense mouthfeel.

The different varieties of lentils have slightly different texture qualities. Brown lentils become juicy as they cook and feel starchier than the other types.

If you like firmness, go for green lentils as they are the sturdiest during the cooking process. Red lentils are more like brown lentils, though they aren't as rounded, and they're the most likely to become mushy.

Related Article: What Do Hearts of Palm Taste Like?

Do All Lentils Taste the Same?

No way! Indeed, the color of the lentil indicates its specific flavor. Red lentils are the sweetest, though they will not add sugary or sweet notes to your dish—they just lack any bitterness or strong flavors.

Brown lentils, which you'll often see in soups, are the earthiest while green lentils have a slight pepperiness. These are just a few of the many kinds of lentils you can buy, and each will work well with a certain type of dish.

What Happens If You Overcook Lentils?

Red and brown lentils are the easiest to overcook. You'll find that they'll become quite mushy, which some people aren't fans of. However, the taste shouldn't be affected.

On the other hand, some people enjoy the squishiness of really well-done lentils. It can actually be a good thing in soups and curries, so don't toss out your overcooked lentils.

Can You Eat Hard Lentils?

Dried lentils should not be consumed before cooking. They should be rinsed to clean off any unwanted particles, combined with water and boiled until fully tender.

Green lentils will continue to hold their firmness after they're cooked, but even these shouldn't feel hard. Eating well-cooked lentils is important for proper digestion as well as for texture.

You don't need experience to make all kinds of dishes with lentils as they're so easy to work with. To show you, we've linked a couple of short videos that'll guide you through some scrumptious plant-based recipes.

Here, you'll learn how to replace the beans in your vegan chili with lentils. Brown lentils would work best, but you can use any kind of lentil you'd like. Here are the ingredients:

One of the most popular ways to eat lentils is on top of pasta...as vegan meatballs. You may be surprised by this, but lentils make fantastic "meatballs" with the following ingredients:

Lentils are hearty pulses that come in different colors, and each is a little different in taste and texture. Earthy brown lentils are great for soups and sandwich fillings, sweet red lentils are also fabulous in soups as well as in curries, and firm green lentils are perfect for salads. Definitely try the vegan meatballs. They'll turn out better than any frozen variety you can buy.