In this guide, we'll answer one simple question: Is Caramel Vegan? We'll also give you all the little nuanced details that you might want to know on the subject. 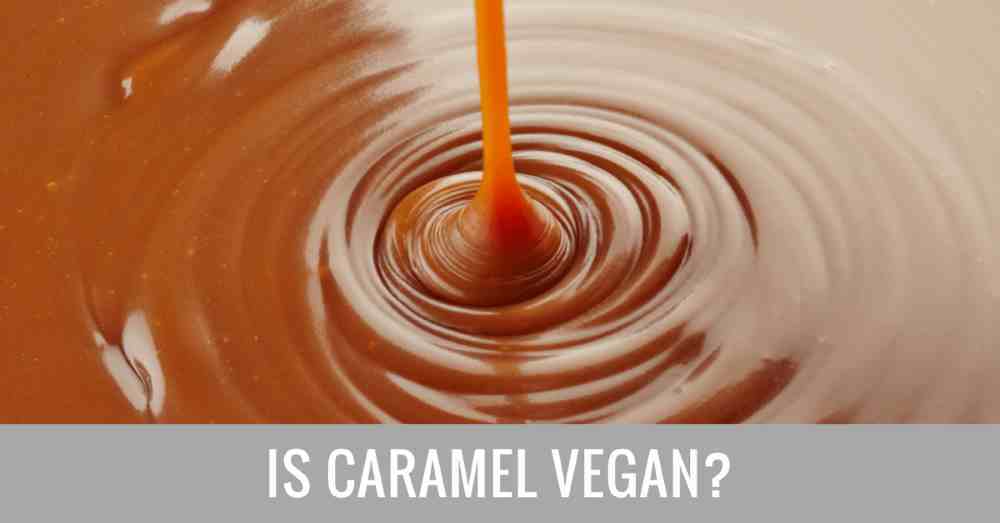 Let's get to the question...

​Sometimes - but not always.

There are lots of different caramels and caramel recipes out there, some of which are not vegan because they contain cream, butter or other dairy products. There are also brands that don't contain dairy products, but which may contain sugar that uses bone char as part of the filtering process. However, with a little knowledge, it is easy to enjoy caramel as part of a Vegan lifestyle!

What is Caramel Exactly?

Caramel comes from the word caramelization which is a reaction that occurs from the heating of sugar. During this reaction chemicals known as "volatile compounds" are released which caramel its deep nutty flavor. In fact, many foods undergo caramelization during the cooking process because they contain sugars that break down in the presence of heat. Onions turning golden brown after being fried is the perfect example of this phenomenon.

To make candies and syrups, caramelized sugar is taken and combined with different ingredients (many of which are non-vegan) to create the finished product.  Many caramel syrups or candies contain dairy - namely heavy cream which should be really easy to spot on the label. It should also have an extra warning being that dairy is an allergen.

What About the Sugar in Caramel?

As mentioned earlier, even if a brand of caramel doesn't contain any dairy products, it may be made from sugar that was filtered with bone char. Because it would be difficult to identify without contacting the manufacturer directly, it is really your personal choice as a vegan as to what you want to do.

If you're just getting started on your vegan journey, nitpicking non-vegan manufacturing processes can be more restrictive and make it harder to stick to a vegan lifestyle. It is best to focus on eliminating all known animal products before diving deeper into whether an ingredient was processed with an animal by-product.

Caramel by nature doesn't have to be non-vegan, but unfortunately many products out there are so it is important to keep your eyes open. Making your own vegan caramel at home, whether it be a candy or syrup is also quite easy to do since it doesn't require that many ingredients.

Finally, if you really want to get an indulgent caramel fix, there's also Non-Dairy Ben and Jerry's Coffee Caramel ﻿﻿﻿﻿﻿﻿﻿﻿Fudge which is beyond delicious!

Another piece of good news is that there's tons of vegan candy out there to enjoy including many brands of vegan chocolate.​