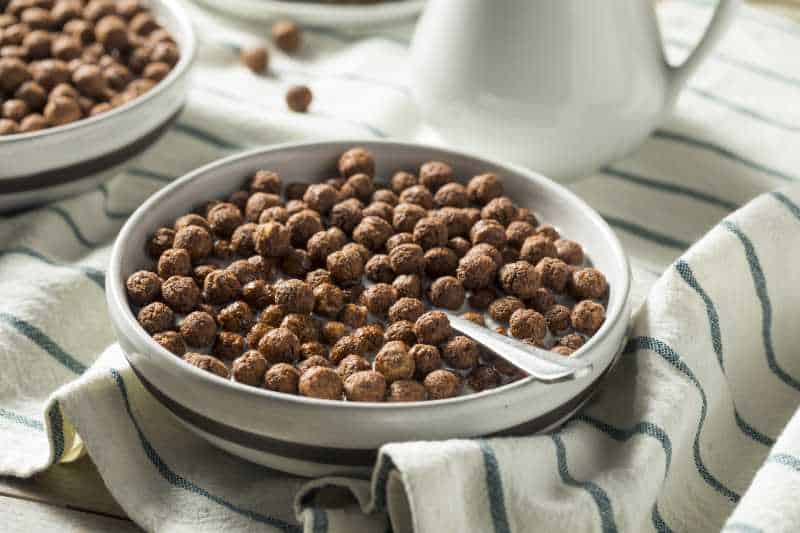 Quick Answer: Because there are no blatantly labeled animal products, Cocoa Puffs should probably be classified as vegan. However, the controversial vitamin D3 fortification leads many people to say otherwise because it may come from lanolin.

Let's explore a little more to get to the bottom of this.

Also See: 40+ Vegan Cereals to Start the Day Off Right

Judging from the ingredient list, it's clear that this cereal isn't the healthiest option. This is important because if you want to be vegan long term, it's really important to do it in a health promoting way or you'll likely end up quitting because you don't feel great.

Of course, you don't want to be too restrictive either, but be sure to eat cereals like this sparingly.

Now, as far as the label goes there are no clearly labeled animal products, but many people claim that Vitamin D3 at the bottom could possibly come from lanolin which is secreted from Sheep's wool.

However, I haven't seen any solid evidence one way or the other that the Vitamin D3 in Cocoa Puffs from this source and not the alternative vegan-option known is lichen which is an algae like organism, although it is said that the lanolin version is the most used commercially.

Personally, as someone who has been vegan for 5+ years I wouldn't consider someone to be not vegan if they ate this cereal. I've always believed that veganism should be easy and we shouldn't be really obsessive about food labels that "could" have unlabeled animal products in them.

Every food and action we take causes some amount of harm to animals and since I don't believe perfection is possible, I don't believe it's necessary to over-analyze these things.