In this guide, I'm going to dive deep into a comparison of Nutribullet and Ninja. These are two of the most common blenders on the market today and many people wonder which one they should get. As someone who owns multiple models of each brand, I'm going to break it down in a way that's easy to understand and help you make your final decision.

The personal versions of the Nutribullet and Ninja blenders perform very similarly. If you want something small for personal-sized smoothies or spreads then the Nutribullet Pro 900 and the Nutri Ninja Auto IQ are my favorite options.

However, if you want something that's going to give you the best bang for your buck then you probably want to go with the Ninja Mega Kitchen System due to its versatility. You can also consider the Nutribullet Blender Combo which is similar but lacks the food chopping bowl.

Finally, if you need to make hot soup then your best choice is the Nutribullet Rx which has a heating cycle. If you need a guide the best blender for hot liquids, check our list if you're looking to buy one. Here's more about our top picks in order with a little bit more about them... 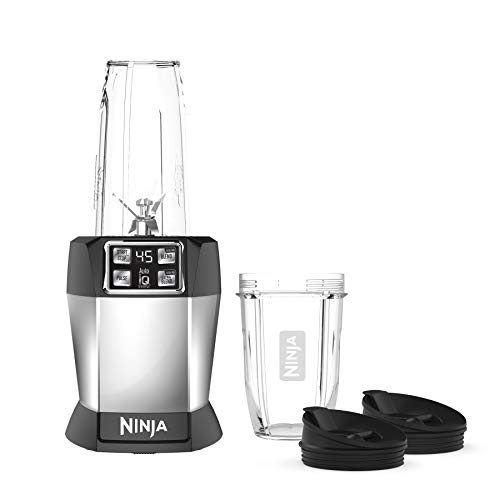 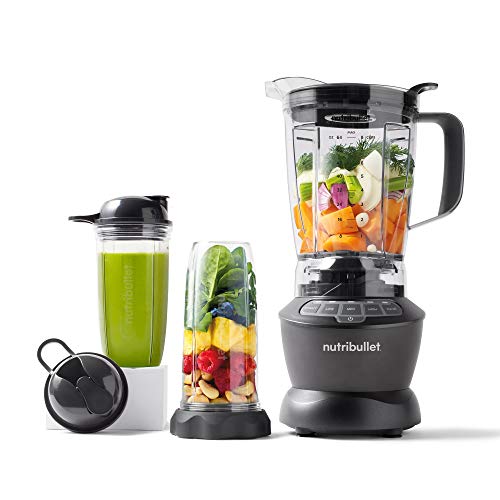 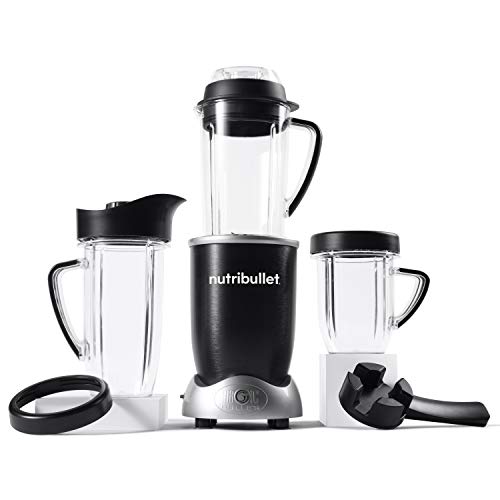 Here's what you can expect to find in the rest of the guide...

See Also: How to Make Orange Juice in a Blender (Featuring the Nutribullet)

All of the blenders that these brands carry are good, so your final choice should come down to the main features that each of the models offer. Also, the cup and jar sizes are very important to consider. If you're going to be making smoothies for multiple people, then make sure you get a unit with a larger jar size.

Go for the Ninja Mega Kitchen system if you need something bigger and more versatile. If you want to learn more about Ninja blenders then consider checking out our Best Ninja Blender buying guide. Meanwhile, if you're looking for a more detailed comparison of nutribullets, check out these reviews for the best nutribullet options.

The Nutribullet Pro 900 is one of my favorite blenders of all time. I've had mine for over 3 years now and I haven't had any with this Nutribullet, despite the warranty only being one year. Here are some of the reasons that the Nutribullet 900:

Further Reading: What Kind of Blender Does Starbucks Use?

I like this Ninja blender a lot, but I tend to use it less than my Nutribullet because it's bulkier. I'm also a bit more accustomed to using the Nutribullet, so that can certainly be part of it. It's still a very good Ninja model for the price and I'd recommend it if you want to be able to press start on your Ninja blender and walk away since it has a timer and pre-programmed settings.

The reasons for loving the Ninja Meta Kitchen System are obvious. It can do anything from big to small. If you don't plan on owning multiple blenders and want to make different serving sizes and use it as a food processor or a blender that can chop vegetables, then this could be the model for you.

The main perk of the Nutribullet Rx is that it can make hot soup. Other than that, it doesn't really bring much to the table compared to the other models. Sure, it has some big Nutribullet cups and containers that it can blend in, but in my opinion it kind of misses the mark on what the Nutribullet is supposed to be about: convenience. It feels like it's trying too hard to be something that it's not.

The Nutribullet has finally released a blender that is on par with Ninja level versatility. The Nutribullet Blender combo comes with a wide range of cups: a 64 oz jar, 32 oz cup and a 24 oz cup. All which can fit on its compact body. Because it has a vented lid on the large jar, it can safely blend hot liquids. This is NOT something you'd want to do in a normal Nutribullet cup because the pressure build up can cause it to explode.

The downside is that it can't actually heat up liquids. Unlike the Rx, you won't be able to make soup from scratch in this machine, but rather use it to puree ingredients that you've already softened and heated.

In this section, I'll give you the pros and cons of the Nutri Bullet vs Ninja overall product line from my experience.

On my YouTube channel, I've put several of the Nutribullet and Ninja models head to head for all sorts of criteria: thick smoothies, ice crush testing and even making nut butter. Here was the results of my testing (along with videos)...

I put the Nutribullet and Nutri Ninja side by side to see which one was better at making a thick smoothie. For this test, I used frozen strawberries and very little liquid in the form of soy milk. For whatever reason, I had a much time getting the thing to blend with the Nutribullet Pro 900. It  wasn't that the Nutri Ninja wasn't as powerful, but it seemed like it was easier to get the vortex going with the bullet.

Keep in mind, that this was an "extreme" test. For a normal smoothie, I'd usually add a lot more liquid and both blenders probably would have come out equally.

In this video, I attempted to make almond butter in the Nutribullet Pro 900 and the Nutri Ninja Auto IQ (1000 watts). What I found was that the Nutribullet had a far easier time creating a vortex and grinding the almonds into a paste (although I wouldn't recommend doing it without oil or water to help it mix - it causes the blender to get hot which isn't advised.)

The Nutri Ninja Auto IQ kept pushing the nuts back up to the side which prevented them from coming into the spinning blades and getting ground into nut butter. Keep in mind that these almonds were roasted in the oven, but no oil was added to the mixture. Had I added oil, both blenders probably would have completed the task with ease. The purpose of this test was to push both blenders to their limits.

In this test, I did an ice crush test in the Nutribullet. Overall, it did a good job, but again, it's not what this blender should be used for. It's perfectly acceptable to crush ice WITH liquid, but I just wanted to show that it's powerful enough to process the raw materials. A few cubes were still left in tact, but certainly that is to be expected because so much snow was packed into a small area.

Interestingly, the Nutri Ninja Auto-IQ did a much better job at this task. For whatever reason, the blades on the Ninja were better at pulling the ice in and not allowing the snow to get too tightly packed. This was the opposite of what happened with the nut butters.

Finally, I wanted to give this ice crush test a try with a Ninja Professional blender. I was blown away! The stacked-blade system made such quick work of the ice cubes that it wasn't funny. However, the problem I have found with these blades is that they sometimes don't fully pulverize certain ingredients like greens like a traditional blender that creates a vortex does. That's why I like having the Ninja Professionals that have the option with for personal-sized cups and blades.

What About the Magic Bullet Nutribullet blender model?

While I'm certainly a big fan of all the Nutribullet models (especially the 900), I wouldn't recommend getting a Magic Bullet over any of the Ninjas. Yes, the Magic Bullet is cheap but it's just not nearly as versatile and as powerful as anything else in the Nutribullet or Ninja line.

I say this for the following reasons...

Will the Nutribullet Pro or Ninja Auto Iq be as good as a Vitamix?

Not quite, the Vitamix can really do anything that any of these blenders can do (aside from being a legit food processor like the Ninja Mega Kitchen System.

However, I find myself using my Nutribullet WAY more than my Vitamix because it's simply more convenient. It's easy to clean, easy to store and the cups are the perfect size for a single serving. The Vitamix is certainly an amazing high end machine, but the average person probably won't need it for every day use.

What About the Warranties?

The one downside to both of these brands is that they don't come with great warranties. Most of the products have a warranty length of around 1 year. However, I've used my Nutribullet for over 5 years until I had to replace it and my Ninjas are still going strong even though I use them less often.

Because I’ve used it for so long and loved it, I have to say that my first pick is the Nutribullet Pro 900. It’s doesn’t have as many fancy features as all of the other blenders on this list, but it just works.

However, if you are looking for something where you can make large batches and do food processing then the Ninja Mega Kitchen System is your best choice. It’s really a one of a kind machine and will save you tons of money in the long run because you won’t have to get a separate food processor.

If making soup from scratch is a must, then the only real choice is the Nutribullet Rx. However, besides for that one function, I prefer all of the other blenders on the list.

The good news is that the Nutribullet Blender Combo can blend hot soup thanks to it’s vented list. The only downside is you can’t actually heat it up as you can with the Rx.