Trying to figure out how to freeze bell peppers? We created this guide to show you the three simple steps for freezing bell peppers to keep them tasting fresh for months. We’re also including prep tips you won’t want to miss. 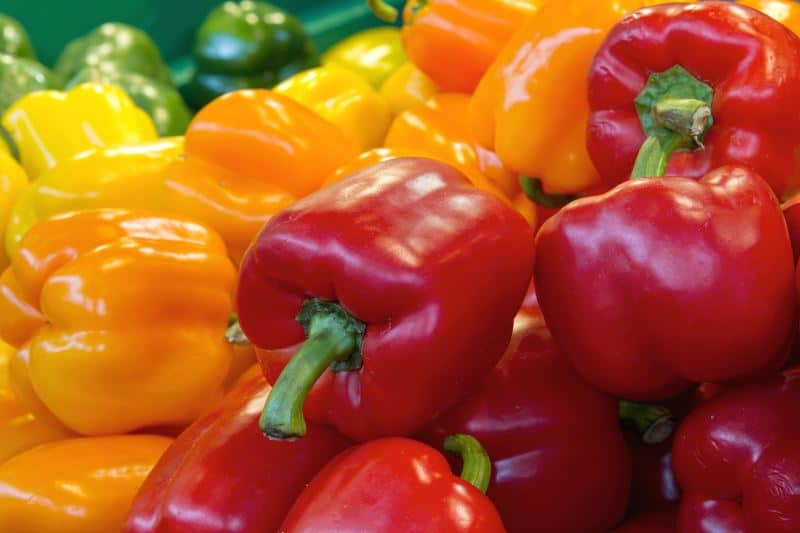 Let’s get right to the steps…

Can You Freeze Bell Peppers?

Quick Answer: Yes, you can freeze bell peppers, and it’s super easy. There’s just one trick that you need to know to make life easier when you’re defrosting them later.

How to Freeze Bell Peppers (Step by Step) 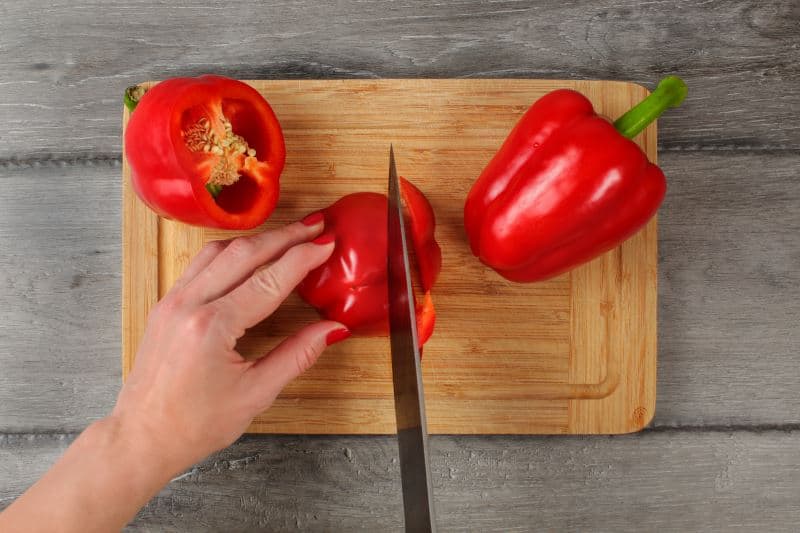 First, clean the bell peppers. This can be done under running water or with a vegetable cleanser and brush.

When the bell peppers are clean, remove the green stems and seeds. Then slice or chop them into whatever size pieces you like. 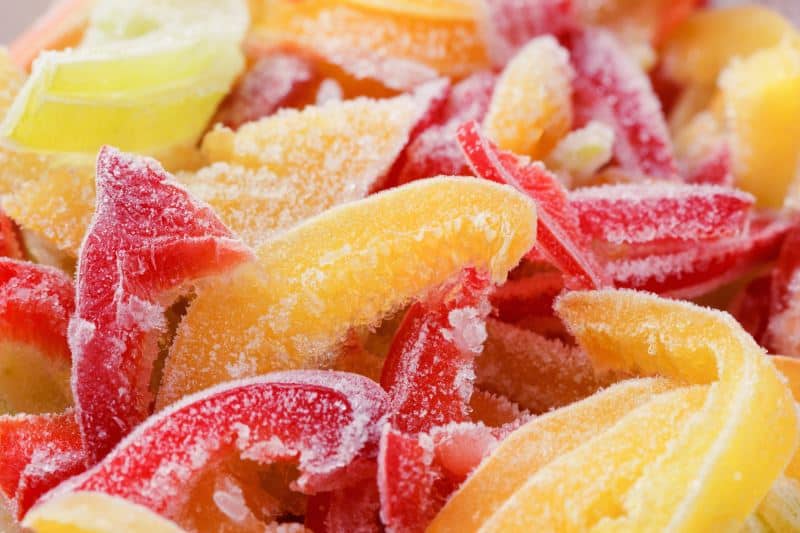 Your next step is to flash freeze the peppers, which is how you’ll make sure that they don’t stick together in one big bell pepper mass in the freezer.

To do this, just line a baking tray with parchment or wax paper and lay the bell pepper slices on top, taking care to keep them separated.

Then just put the tray in the freezer for about an hour, or however long it takes to freeze the peppers solid. 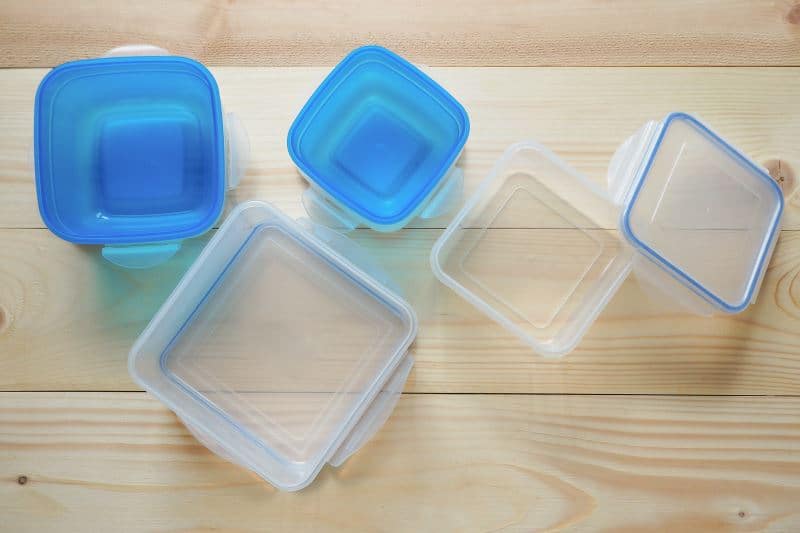 Now you can move the frozen peppers to freezer-safe containers or Ziploc bags and put them in the freezer.

Just be sure to remove as much air as possible before you seal the bags, or fill containers up all the way to the top.

You’re all done! That was super easy, wasn’t it?