Ever wondered what red flowers have thorns? Here, we have gathered a complete list for you. 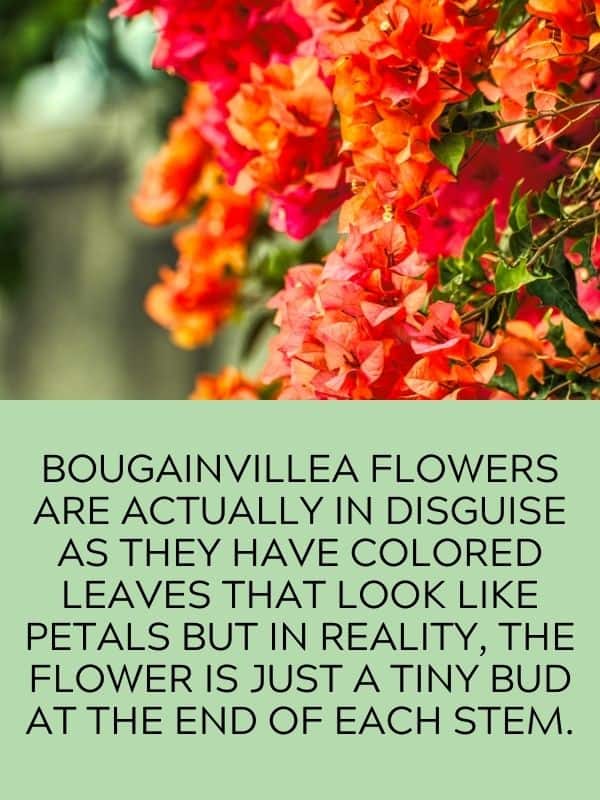 Bougainvilleas belong to the Nyctaginaceae family. These thorny flowers are actually in disguise as they have colored leaves that look like petals but in reality, the flower is just a tiny bud at the end of each stem. There are about 18 species and they are primarily bred for ornamental purposes. 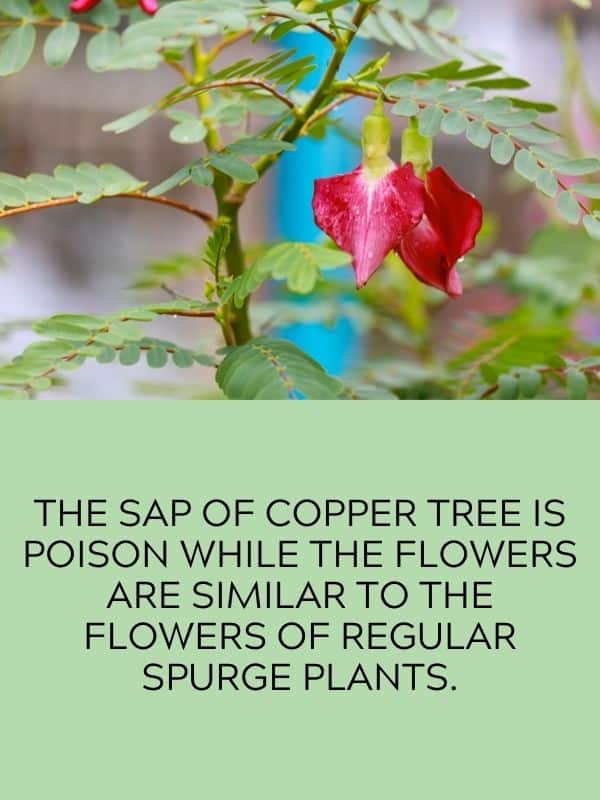 Euphorbia cotinifolia, like the bougainvilleas, have colored leaves that are mistaken for petals. The tree, as its common name suggests, has a copper color. The sap of its tree is poison while the flowers are similar to the flowers of regular spurge plants. 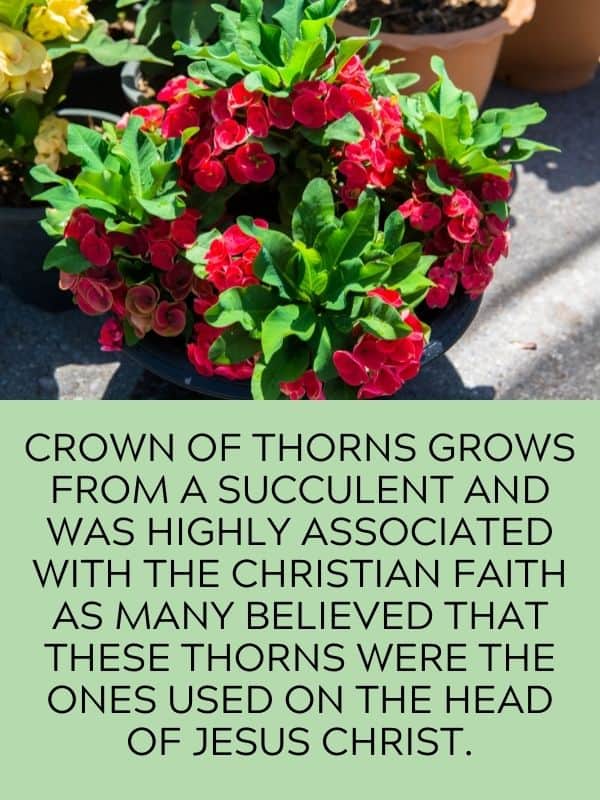 Euphorbia milii, Crown of Thorns, or Christ flower is a flower natively found on the island of Madagascar. It grows from a succulent and was highly associated with the Christian faith as many believed that these thorns were the ones used on the head of Jesus Christ. It is an ornamental plant that grows rounded petals and prefers warm conditions. 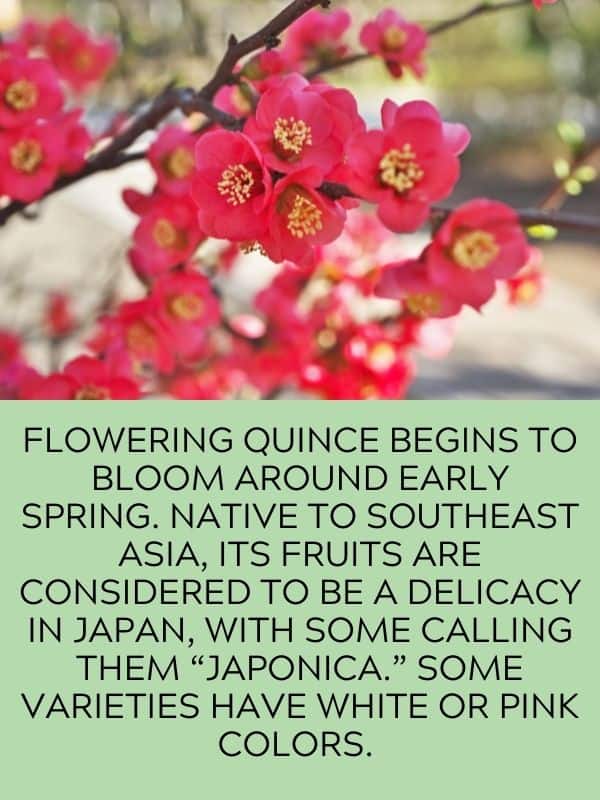 Flowering quince is part of the Chaenomeles genus that has large clustered flowers and somewhat serrated leaves. It begins to bloom around early spring. Native to Southeast Asia, its fruits are considered to be a delicacy in Japan, with some calling them “Japonica.” Some varieties have white or pink colors. 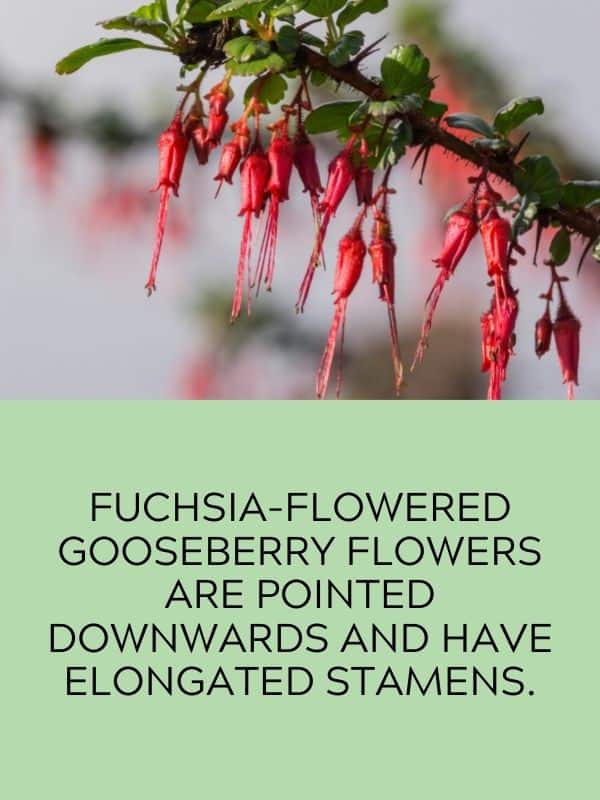 As its name suggests, the flowers appear to be fuchsias but are not related. Ribes speciosum is known for its large thorns and preference for coastal mountain ranges. Its flowers are pointed downwards and have elongated stamens. 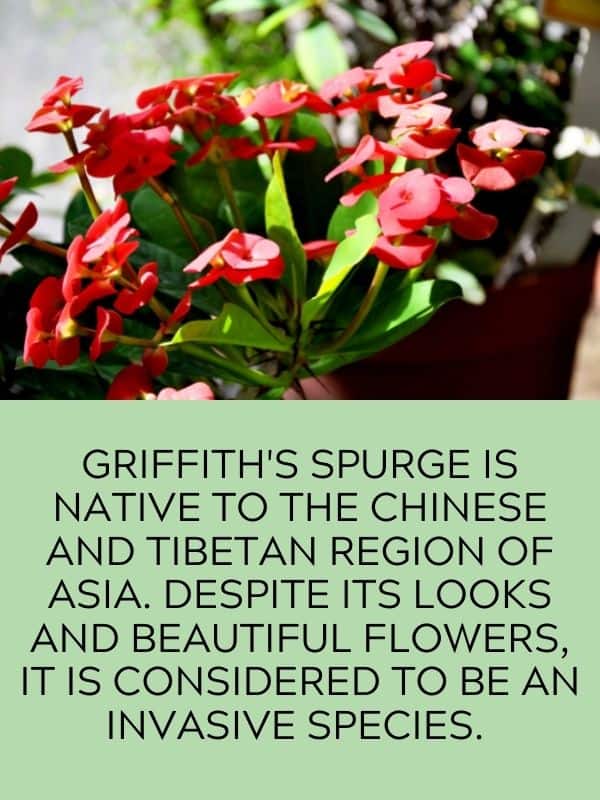 The Griffith’s Spurge or Euphorbia griffithii is a part of the Euphorbia family. Like its cousins, it has a thorny stem base and red flowers. It is native to the Chinese and Tibetan region of Asia. Despite its looks and beautiful flowers, it is considered to be an invasive species. 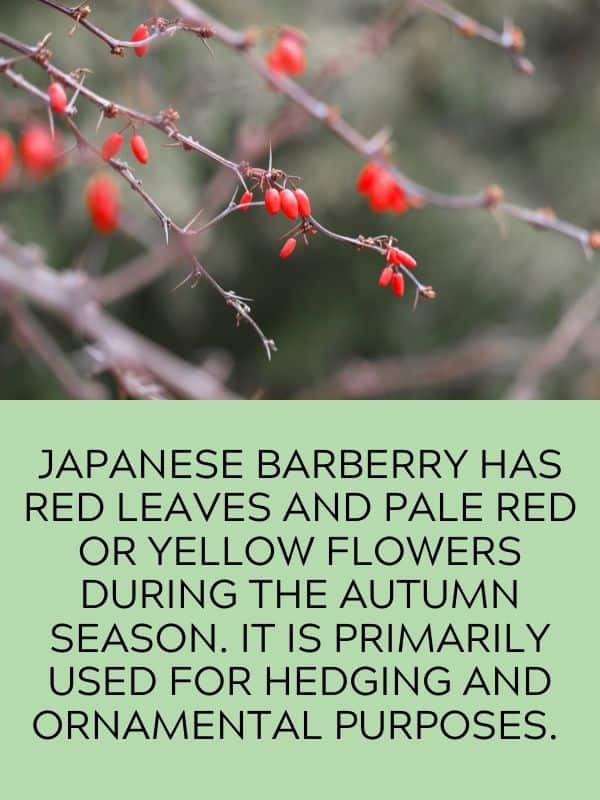 Also called Berberis thunbergii. This flowering plant is native to Japan but has been naturalized in different parts of Asia and the US. This deciduous plant has red leaves and pale red or yellow flowers during the autumn season. It is primarily used for hedging and ornamental purposes. 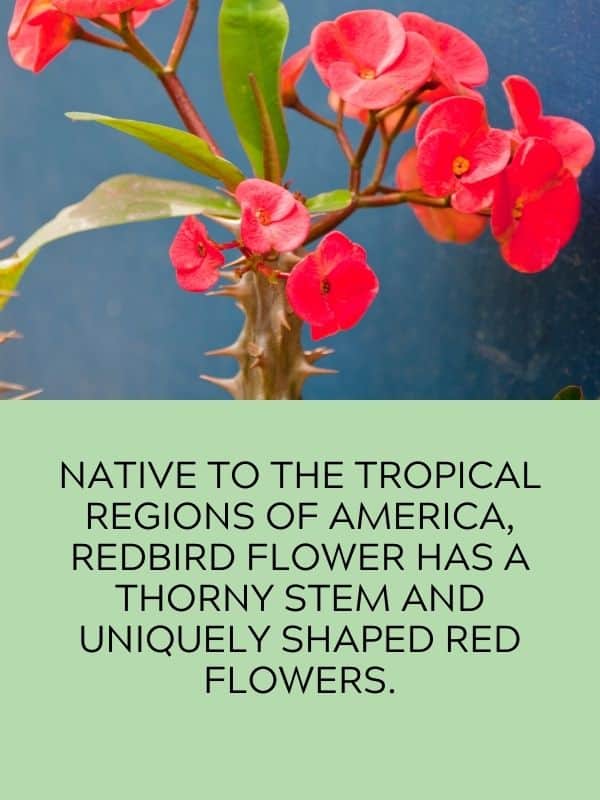 Euphorbia tithymaloides or Redbird flower comes from the succulent family of Euphorbia. Native to the tropical regions of America, it has a thorny stem and uniquely shaped red flowers. It is due to these beautiful flowers that it is often mistaken to have red birds birched on its stems or thorns. 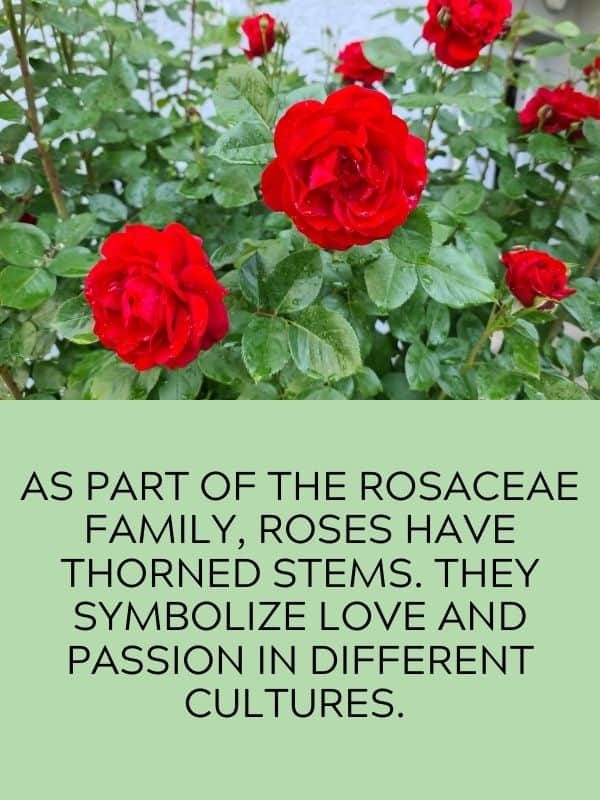 The first thing you think of when you imagine a red flower with thorns is probably a rose. Roses are one of the most popular flowers in the world. They are cultivated for their elegance, beauty, and cultural importance. As part of the Rosaceae family, they have thorned stems. They symbolize love and passion in different cultures.