Red flowers look even better when they’re paired with purple leaves. The list below contains plants with red flowers and purple leaves. Some of these purple leaves are natural, while others are caused by either the season or certain conditions. Enjoy reading! 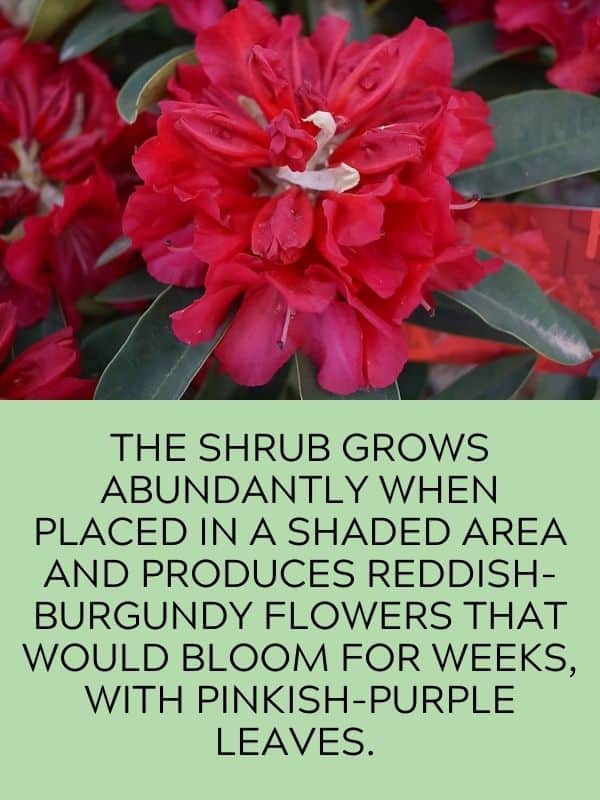 Azalea is a flowering woody perennial plant belonging to genus Rhododendron in the family Ericaceae. They are native to Asia, North America and Europe where they are grown as an ornamental plant. The shrub grows abundantly when placed in a shaded area and produces reddish-burgundy flowers that would bloom for weeks, with pinkish-purple leaves. 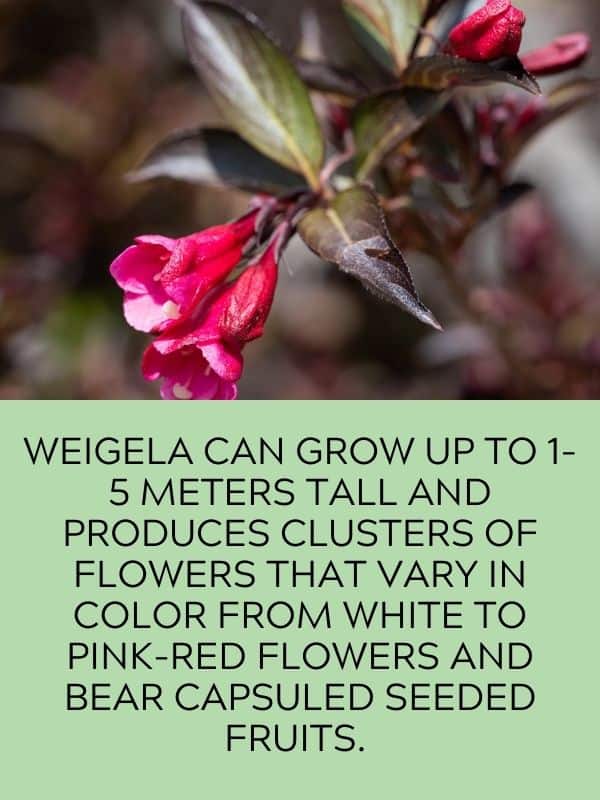 This deciduous shrub with tens of species belonging to family Caprifoliaceae is native to East Asia. The genus was named after a German scientist Christian Ehrenfried Weigel. Weigela can grow up to 1-5 meters tall and produces clusters of flowers that vary in color from white to pink-red flowers and bear capsuled seeded fruits. 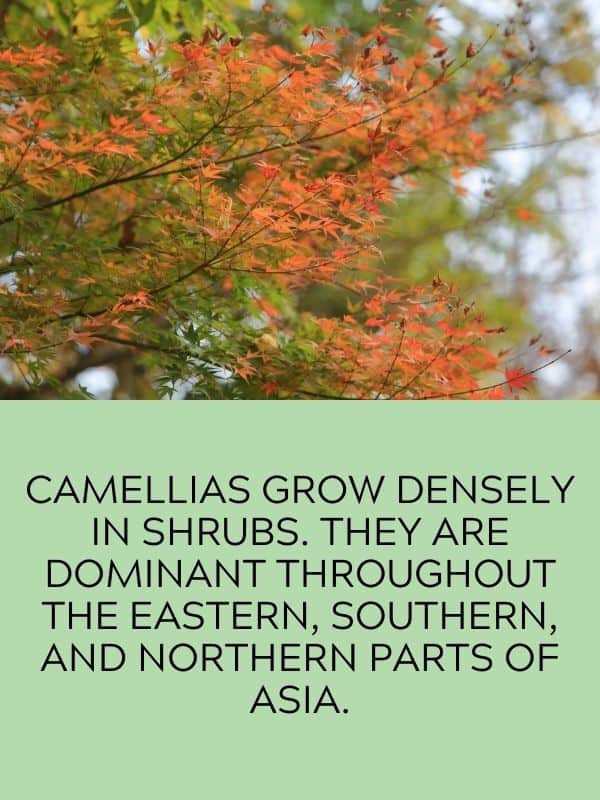 Native to Korea, China, Japan and eastern Mongolia, this deciduous shrub reaches up to 16 meters high. They are often cultivated widely for their attractive leaf shapes and colors, the flowers are produced in small groups of red-purple sepals and whitish petals, while several cultivars from Europe and North America are produced with reddish purple leaves which are used in traditional Chinese medicines. 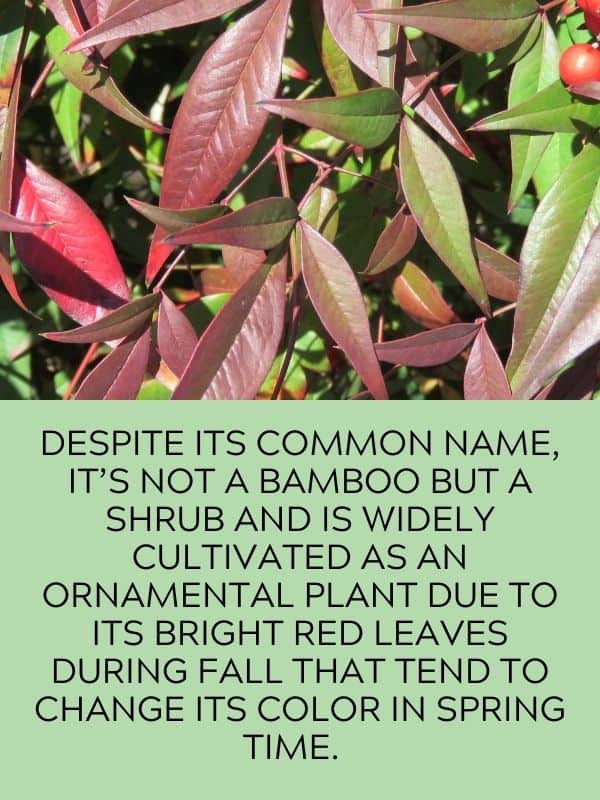 Nandina or heavenly bamboo is a species of flowering plant in the family Berbiradaceae, a native to the Himalayas and Japan. Despite its common name, it’s not a bamboo but a shrub and is widely cultivated as an ornamental plant due to its bright red leaves during fall that tend to change its color in spring time. 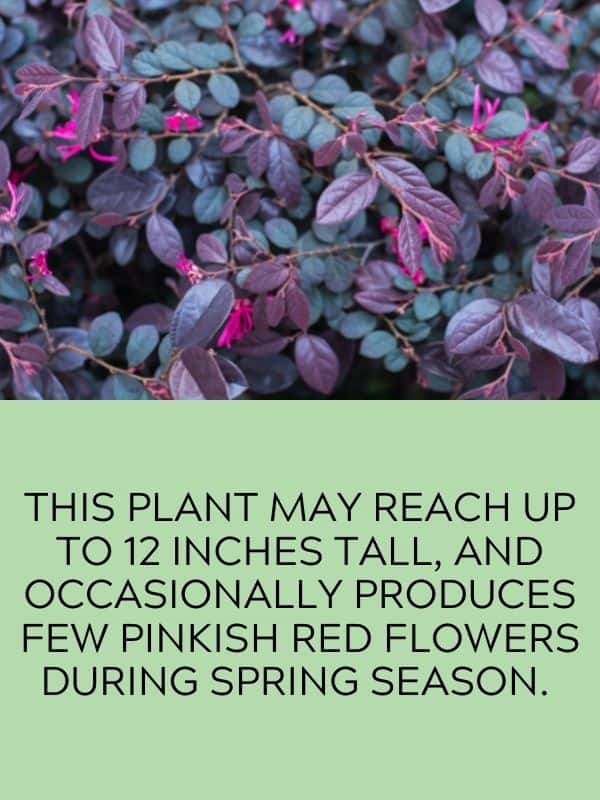 A deciduous garden shrub mainly cultivated for its attractive burgundy-purple colored leaves which is best suited for landscapes or merely as an ornamental plant. This plant may reach up to 12 inches tall, and occasionally produces few pinkish red flowers during spring season. 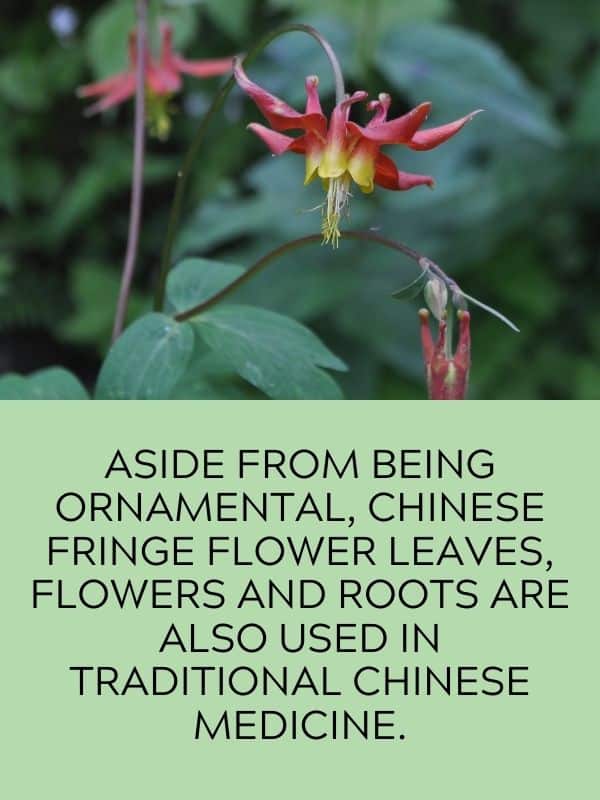 Loropetalum or Chinese fringe flower is a well-known ornamental plant cultivated for its rich flowers in a variety of deep purple, green and red tones. Aside from being ornamental, the leaves, flowers and roots are also used in traditional Chinese medicine. 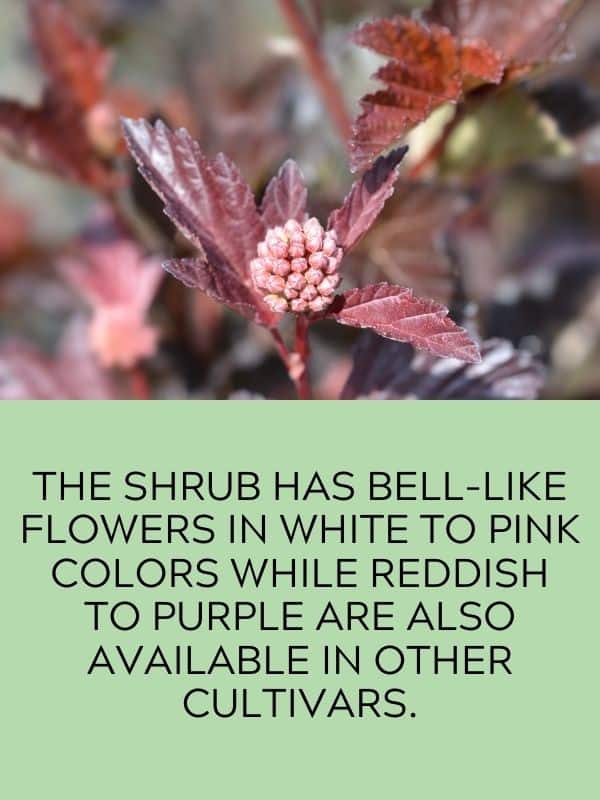 Physocarpus or ninebark is a flowering plant genus belonging to the family Rosaceae where the majority of the species are native to North America and some to northeastern Asia. The shrub has bell-like flowers in white to pink colors while reddish to purple are also available in other cultivars.