There’s something so satisfying about flowers with evenly-numbered petals. If you’re thinking of adding some to your garden, here’s a list of 10 red flowers with four petals. 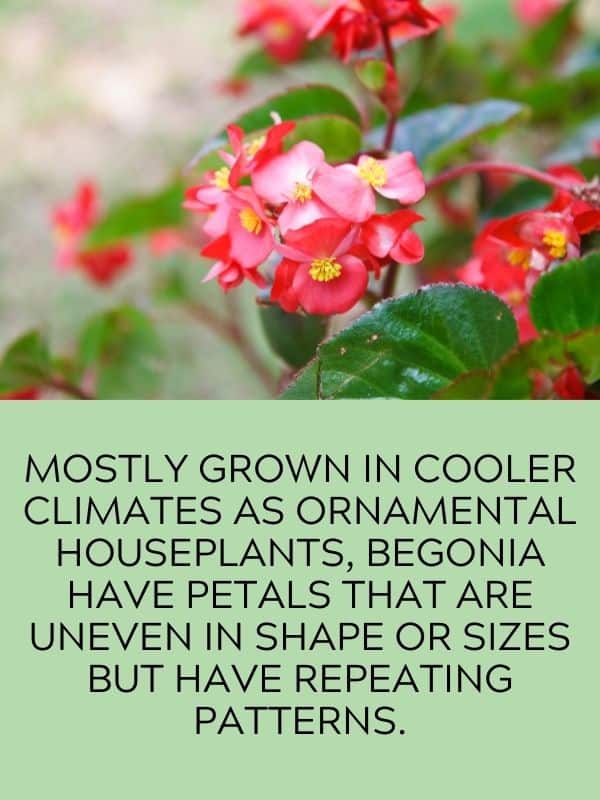 Begonia obliqua or most commonly known as begonia is a native of tropical regions and surrounding areas. Mostly grown in cooler climates as ornamental houseplants, they have petals that are uneven in shape or sizes but have repeating patterns. Under the Begonia family, there are over 2000 species. 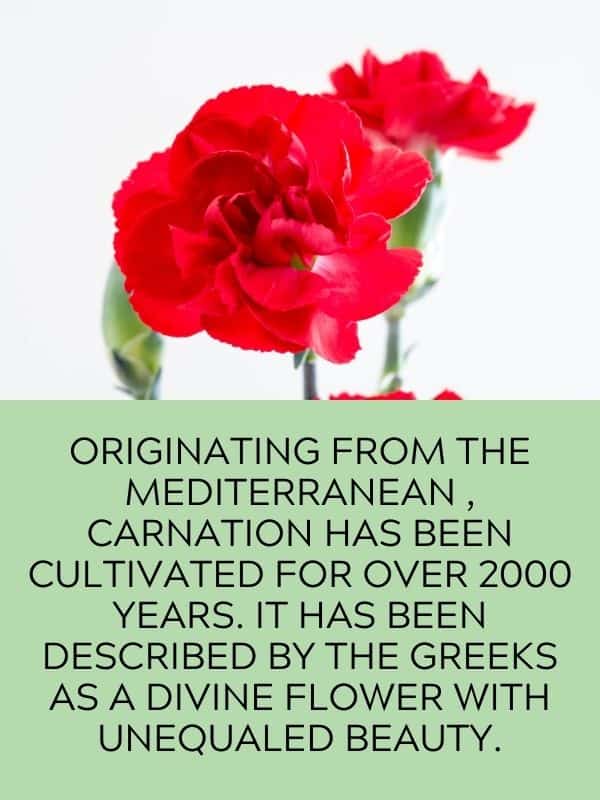 Otherwise known as clove pink and Dianthus caryophyllus, carnation is one of the earliest flowers cultivated. Originating from the Mediterranean , it has been cultivated for over 2000 years. It has been described by the Greeks as a divine flower with unequaled beauty. 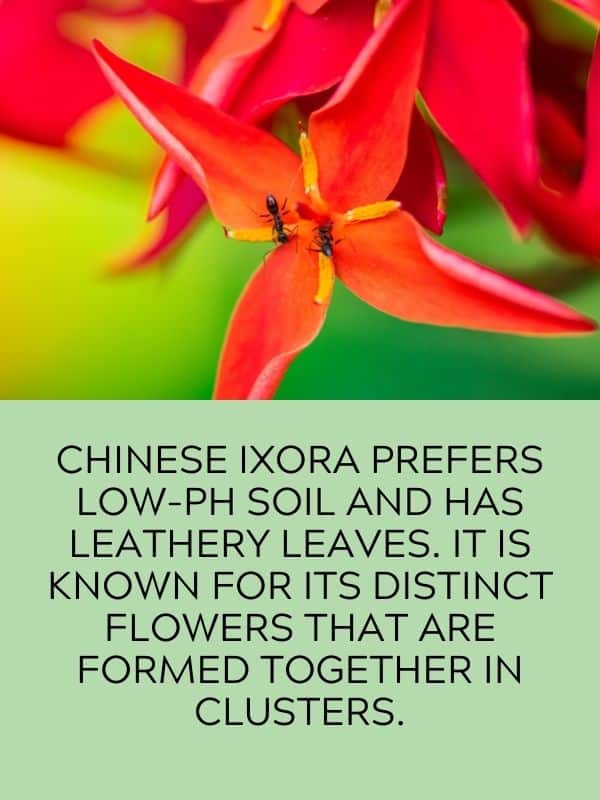 The Chinese Ixora or Ixora chinensis is a flower that comes from evergreen trees present in subtropical and tropical climates around the globe. It prefers low-pH soil and has leathery leaves. It is known for its distinct flowers that are formed together in clusters. 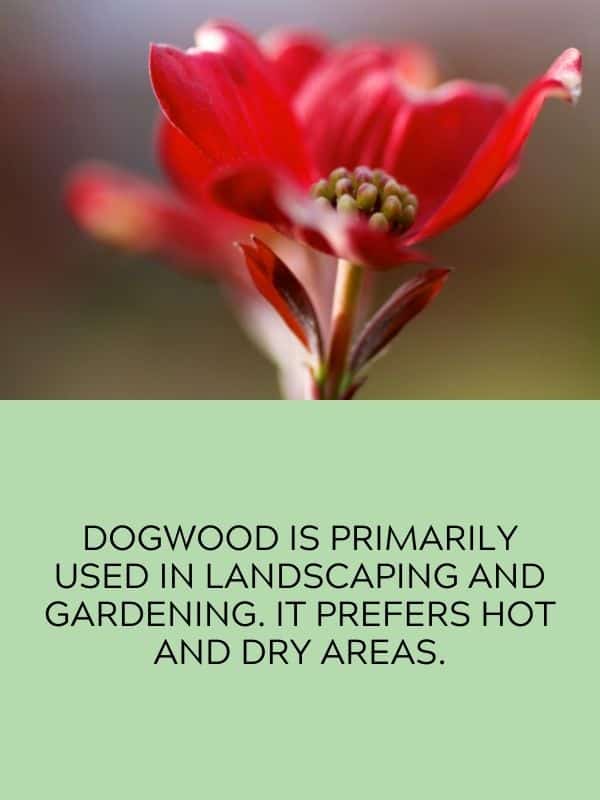 Dogwood or Cornus florida has flowers that are wide and curved while joined in a clustered center. It is primarily used in landscaping and gardening. It prefers hot and dry areas. 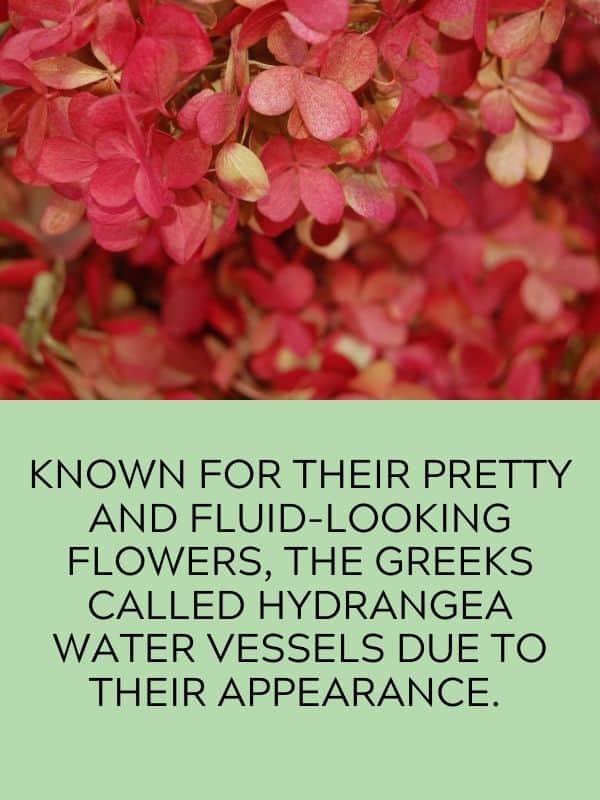 While the more common variety of hydrangea or hortensia is white or purple, some species develop ruby red color. Also called “red beauties,” these flowers are natives of Asia and the Americas. Known for their pretty and fluid-looking flowers, the Greeks called them water vessels due to their appearance. 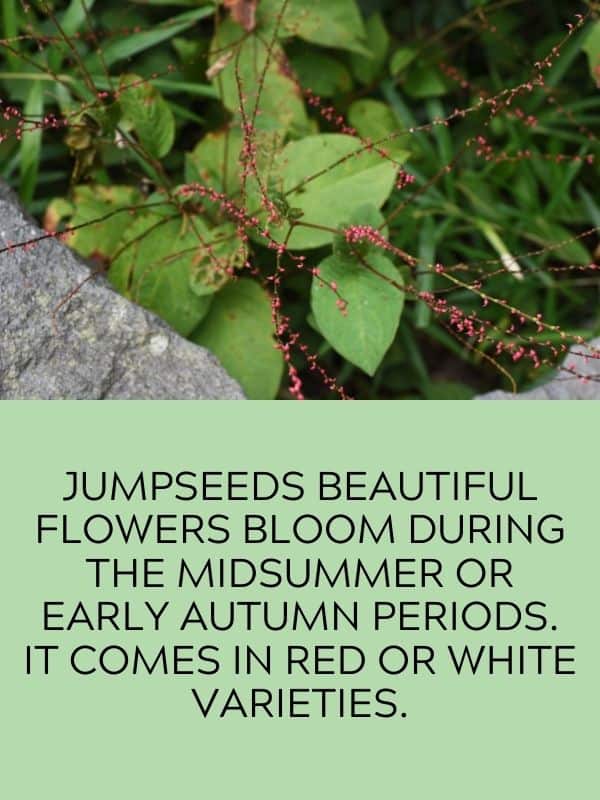 Persicaria virginiana or better known as Jumpseed are a species of buckwheat found in North America. These perennial plants propagate their seeds by making them “jump” several meters. Their beautiful flowers bloom during the midsummer or early autumn periods. It comes in red or white varieties. 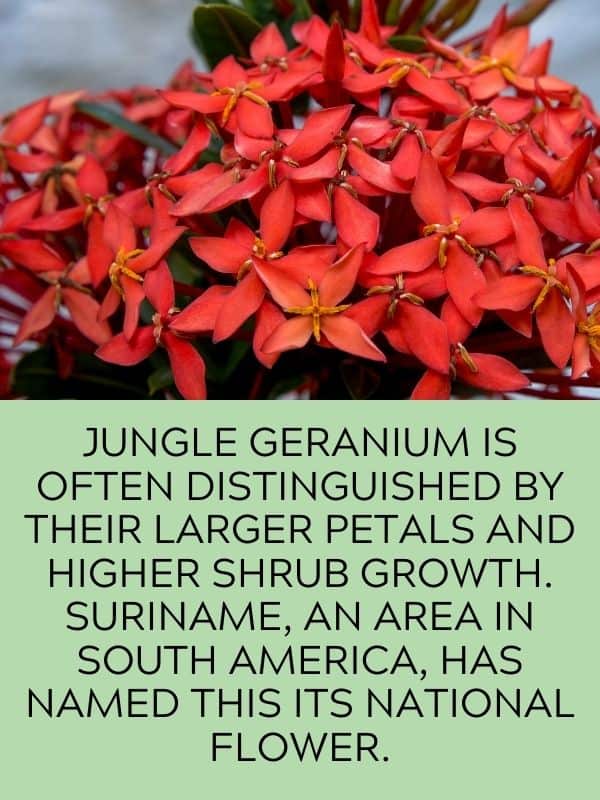 Popular in India and its surrounding areas, the Jungle Geranium, Jungle Flame, or Ixora coccinea appear similar to their cousins in the Ixora family. However, they are often distinguished by their larger petals and higher shrub growth. Suriname, an area in South America, has named this its national flower. 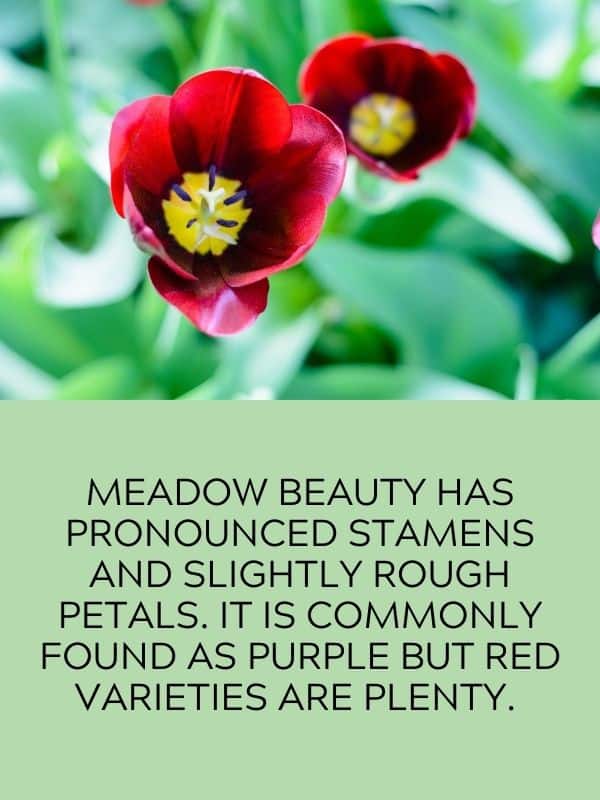 Comes from the Rhexia family, the Meadow Beauty is a wildflower that loves temperate climates. It has pronounced stamens and slightly rough petals. It is commonly found as purple but red varieties are plenty. 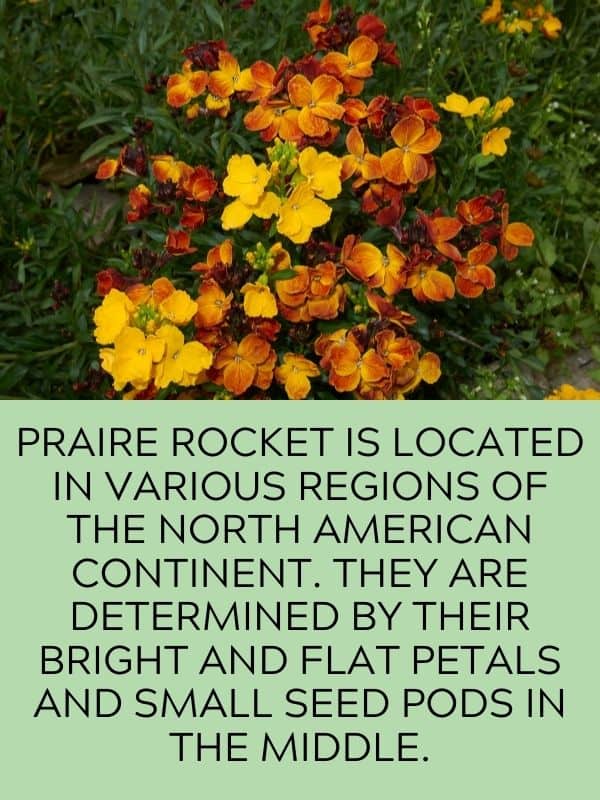 The Praire Rocket has many names such as Erysimum capitatum,  Western Wallflower, and Sanddune Wallflower. It is located in various regions of the North American continent. They are determined by their bright and flat petals and small seed pods in the middle. It is cultivated as an ornamental plant. 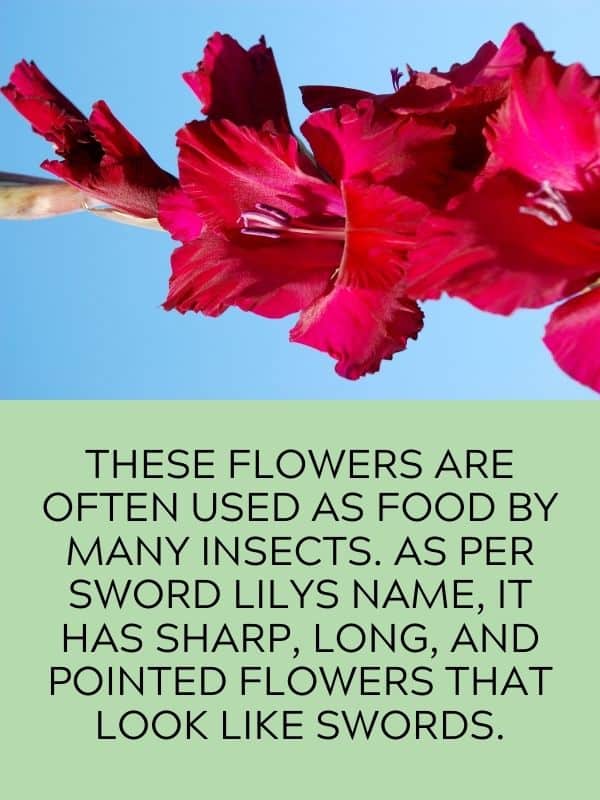 Sword Lily or Gladiolus are corm flowers that are diversely found in Asia, Europe, and Africa. These flowers are often used as food by many insects. As per its name, it has sharp, long, and pointed flowers that look like swords.