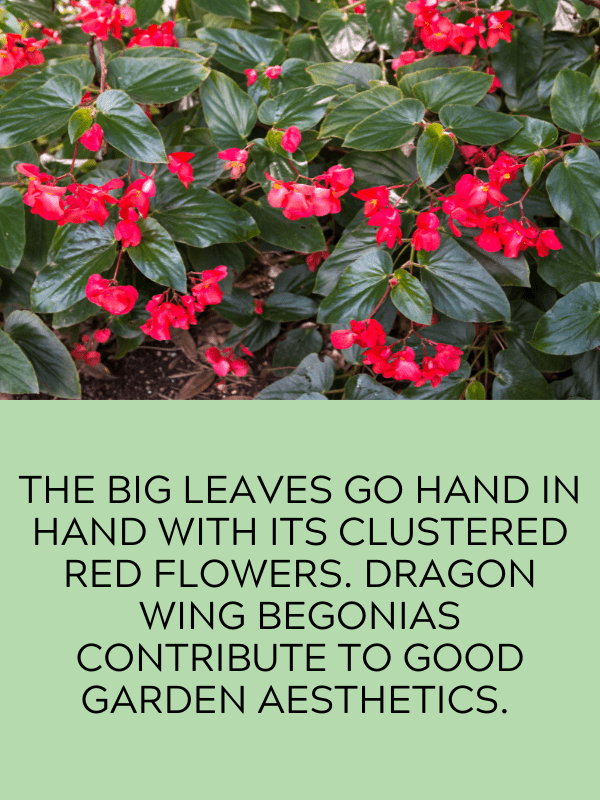 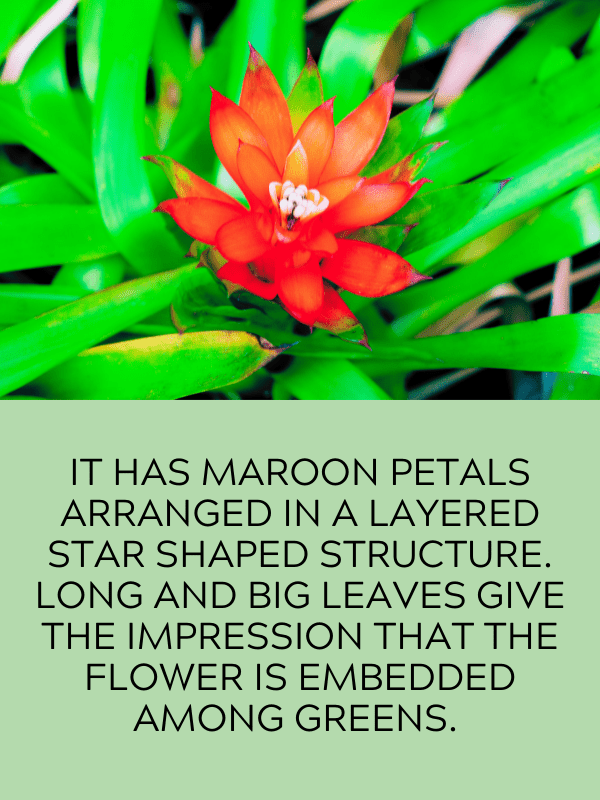 The droophead tufted airplant is the most popularly cultivated plant in its Bromeliad family of plants. It has maroon petals arranged in a layered star shaped structure. Long and big leaves give the impression that the flower is embedded among greens. 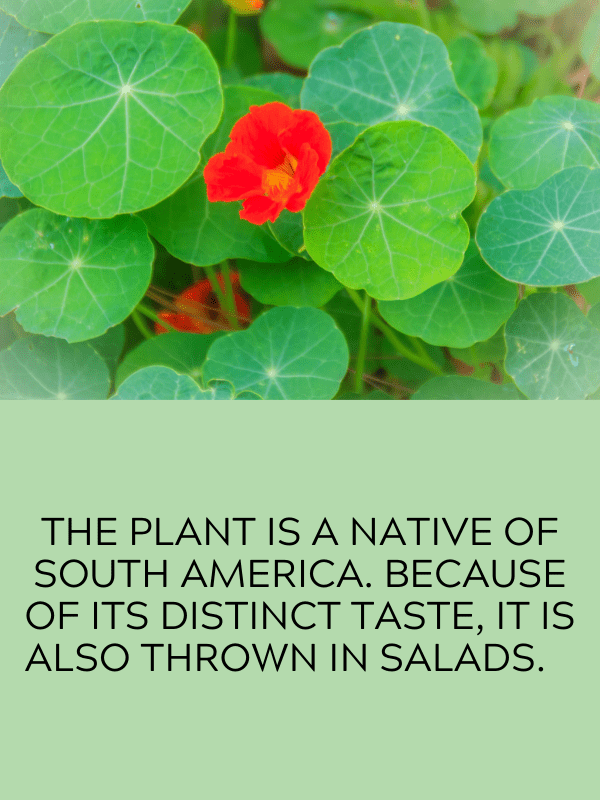 Red and round petaled Indian cresses look satisfying when they peek out of the round, big, and green leaves of the plant. The plant is a native of South America. Because of its distinct taste, it is also thrown in salads. 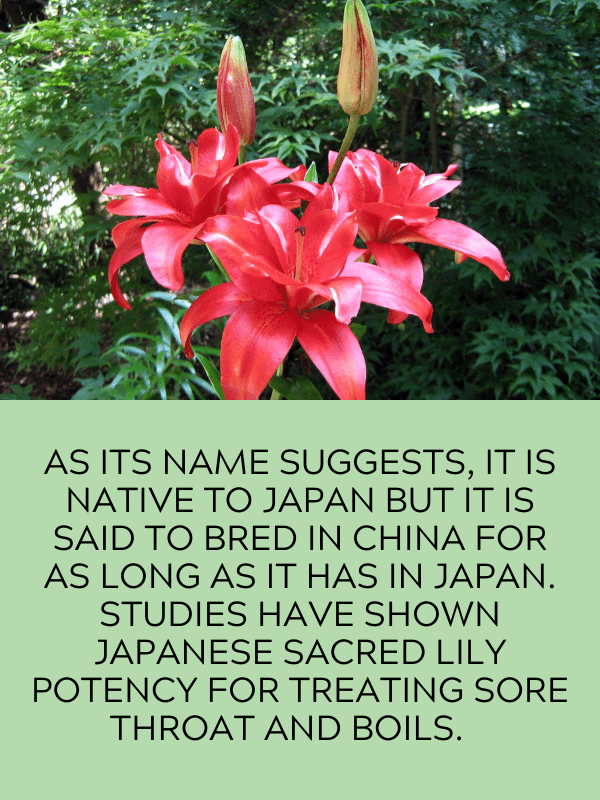 Japanese sacred lilies have big and elongated leaves growing upward while the flowers grow nearer to the base than at the usual tips. As its name suggests, it is native to Japan but it is said to bred in China for as long as it has in Japan. Studies have shown its potency for treating sore throat and boils. 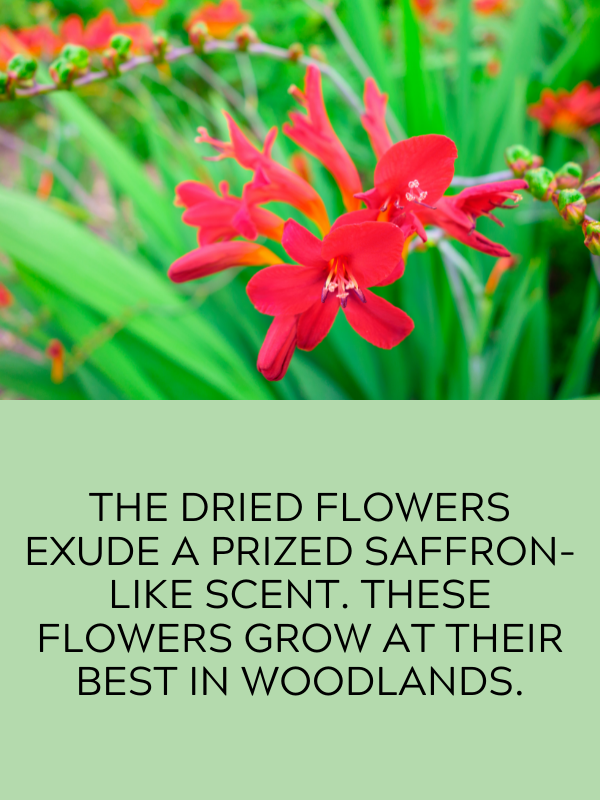 Red King montbretias have long straps of leaves that circle around the clustered flowers. The dried flowers exude a prized saffron-like scent. These flowers grow at their best in woodlands. 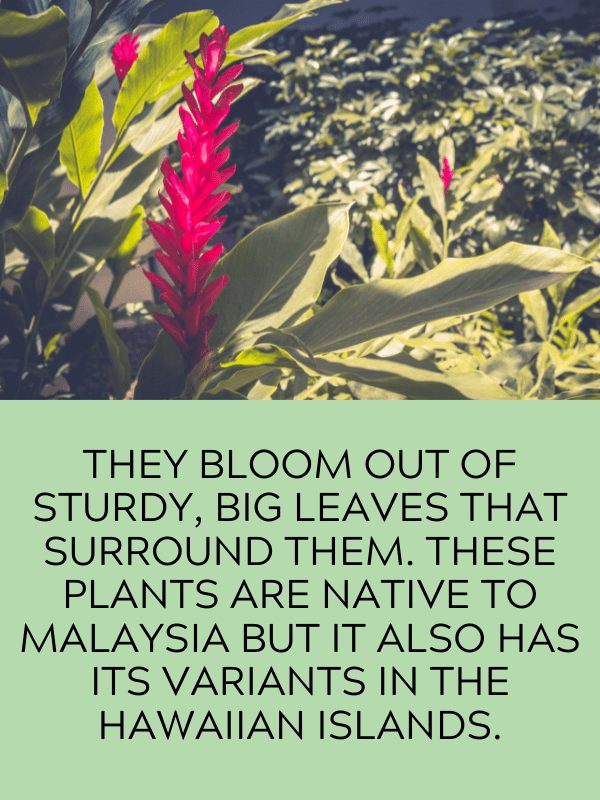 Ostrich plume’s fuschia to red bracts of flowers are attention demanding. They bloom out of sturdy, big leaves that surround them. These plants are native to Malaysia but it also has its variants in the Hawaiian islands. 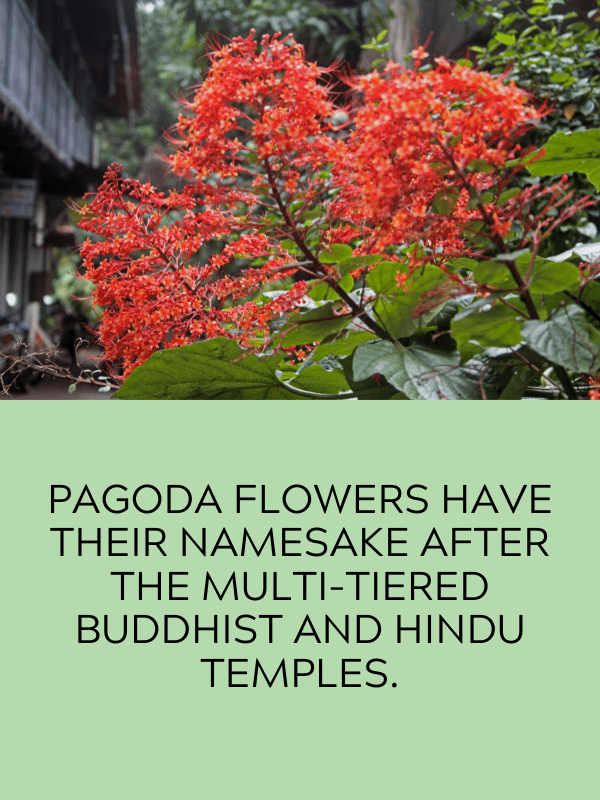 Because the clustered flowers create a tiny, multi-leveled structure on its own, pagoda flowers have their namesake after the multi-tiered Buddhist and Hindu temples. This emerging flower from a thick and wide foliage is a native throughout Southeast, South, and East regions of Asia. 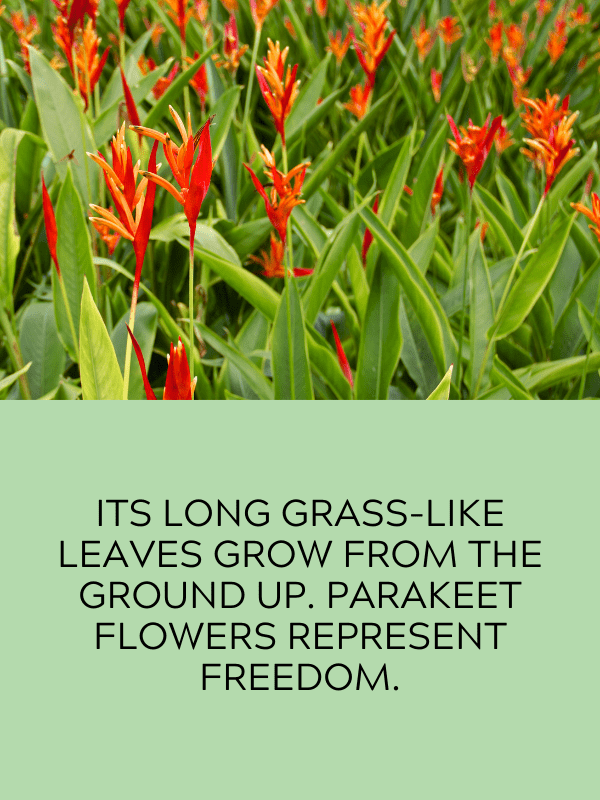 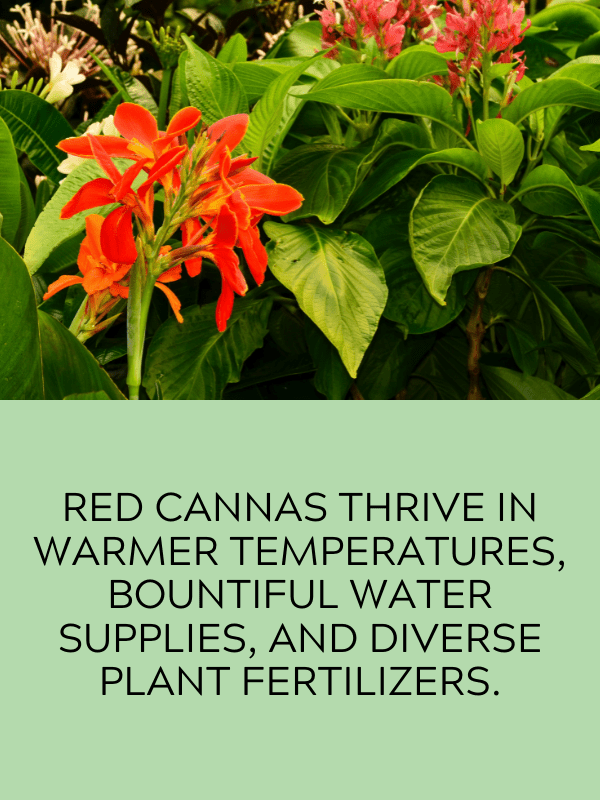 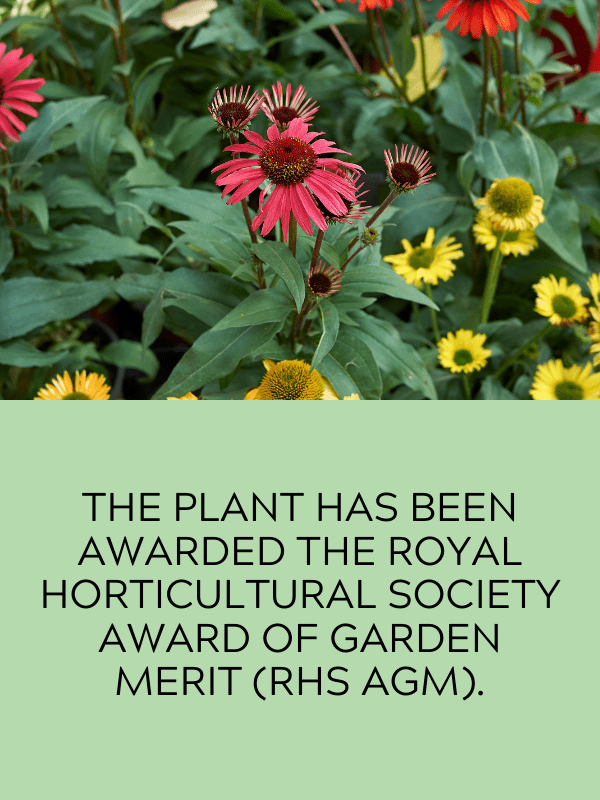 Red gurkhas have characteristically wrinkled petals and pointy petals on the same flower.  It has broad green leaves. The plant has been awarded the Royal Horticultural Society Award of Garden Merit (RHS AGM). 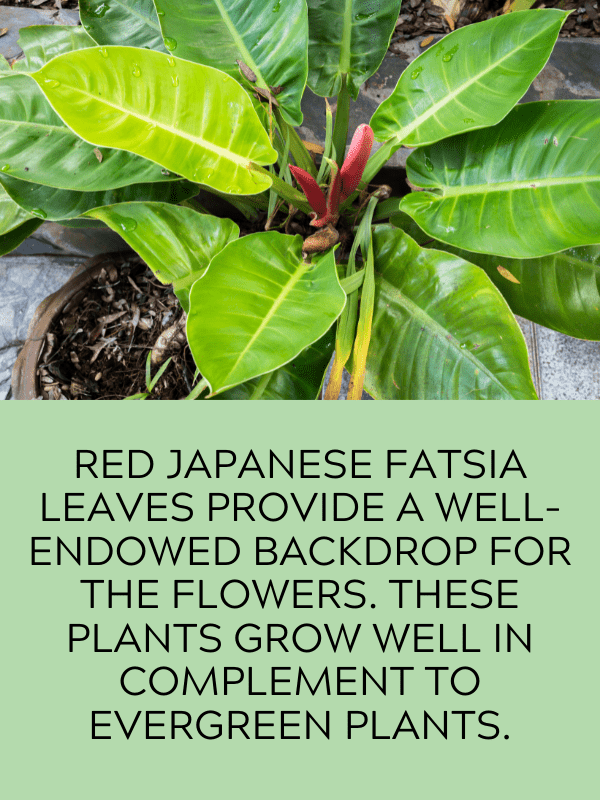 The clusters of red buds are point out red Japanese fatsias. Its leaves provide a well-endowed backdrop for the flowers. These plants grow well in complement to evergreen plants. These plants love partial to full shades for growth. 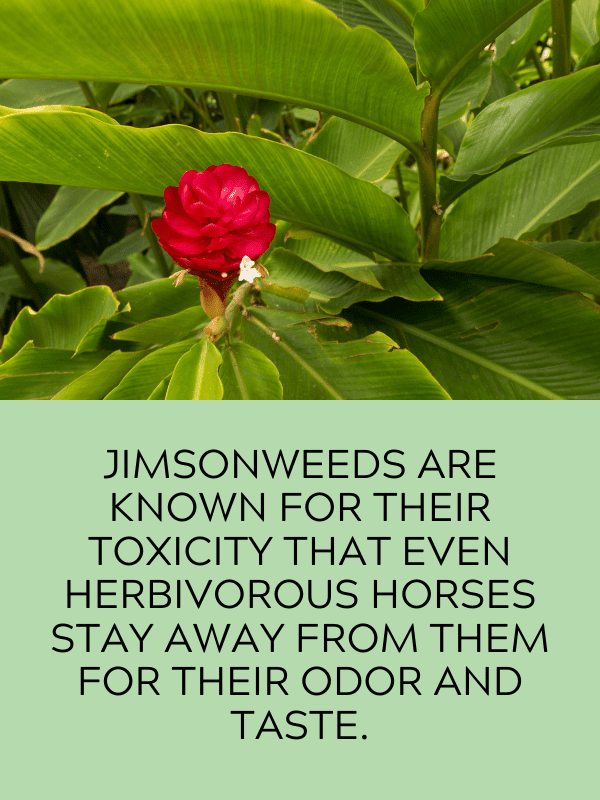 Dusty red jimsonweeds have five pointed petals. Its leaves have a triangular shape with sharply ruffled edges. Jimsonweeds are known for their toxicity that even herbivorous horses stay away from them for their odor and taste. 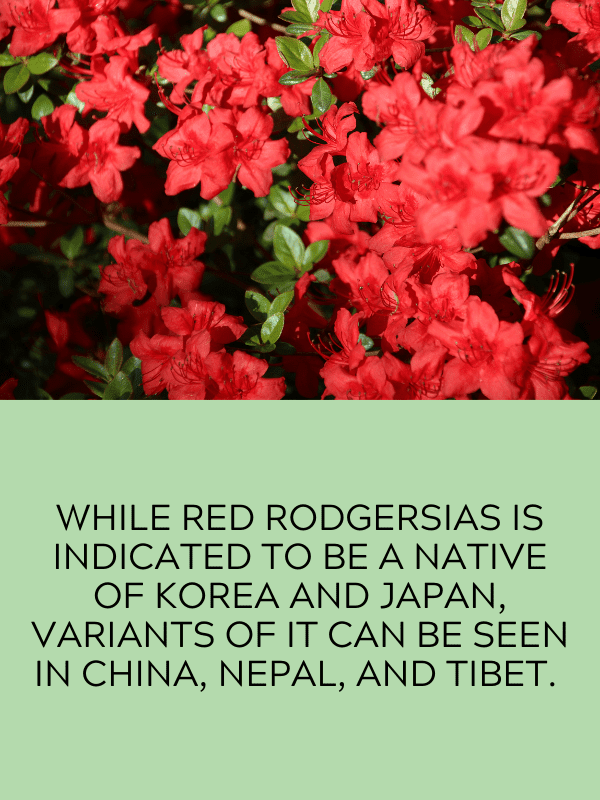 White to pink to red rodgersias do not have petals but rather have stamens that grow upwards  by clusters. It has thick and broad leaves. While it is indicated to be a native of Korea and Japan, variants of it can be seen in China, Nepal, and Tibet. 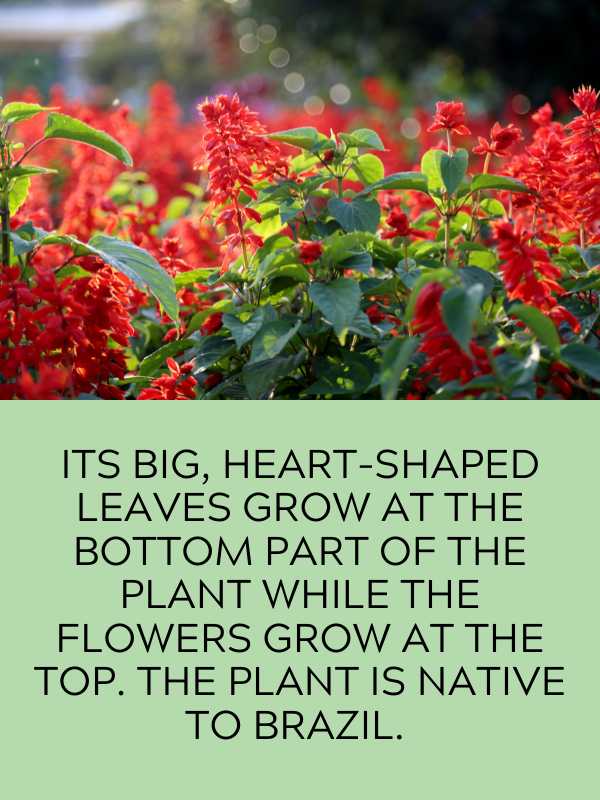 Scarlet sages have a brilliant scarlet color true to its name. Its big, heart-shaped leaves grow at the bottom part of the plant while the flowers grow at the top. The plant is native to Brazil. 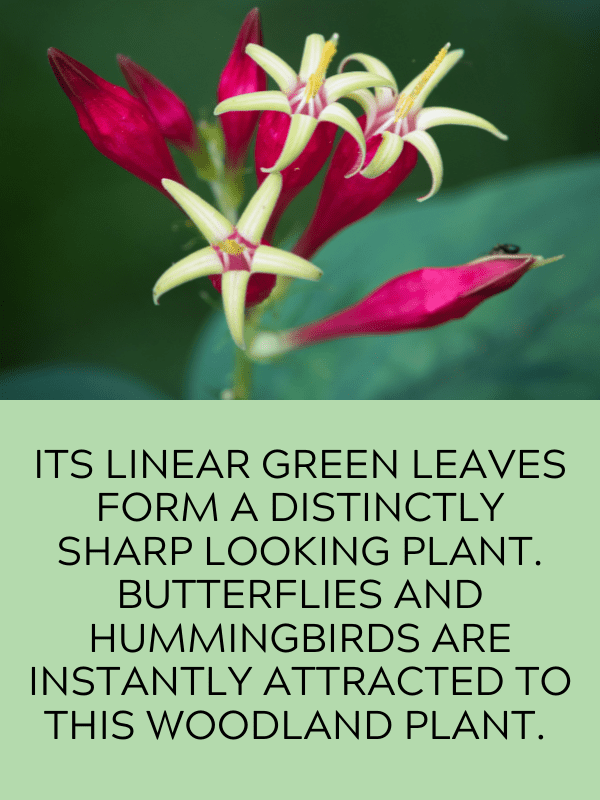 Flowers of the woodland pinkroot retain a red bud form yet having yellowish petals at the tips. Its linear green leaves form a distinctly sharp looking plant. Butterflies and hummingbirds are instantly attracted to this woodland plant.