If you’ve ever wondered: why is celery so hard to chew, then you’ve come to the right place. In this article, we’re going to give you the answer to this nagging question. We’ll also answer some of the most common questions about the benefits and physical effects of chewing celery.

So Why is Celery Hard to Chew?

Like any other vascular plant, celery is made up of xylem and phloem tissues. These have a stringy texture, and often get stuck between the teeth. On top of that, the xylem tissue is quite tough and elastic. That’s what makes it so hard to chew.

Chewing celery burns some calories. However, drinking celery in its liquidized form burns even more. Celery is thought to be a negative calorie food, which means that it burns more calories than it contains. British scientists tested this theory on Matt Tebutt of Channel 4’s Food Unwrapped by arming him with overwhelming amounts of celery and sticking him in a metabolic chamber to observe the results.

Matt chewed 326g (11.5 ounces) of raw celery and then drank a celery smoothie. Both portions contained about 53 calories. He burned 73 calories chewing the celery, and about 112 calories drinking it. That’s because turning the celery into a liquid breaks down all the fiber, which leaves your liver working harder to process all the nutrients that are released. 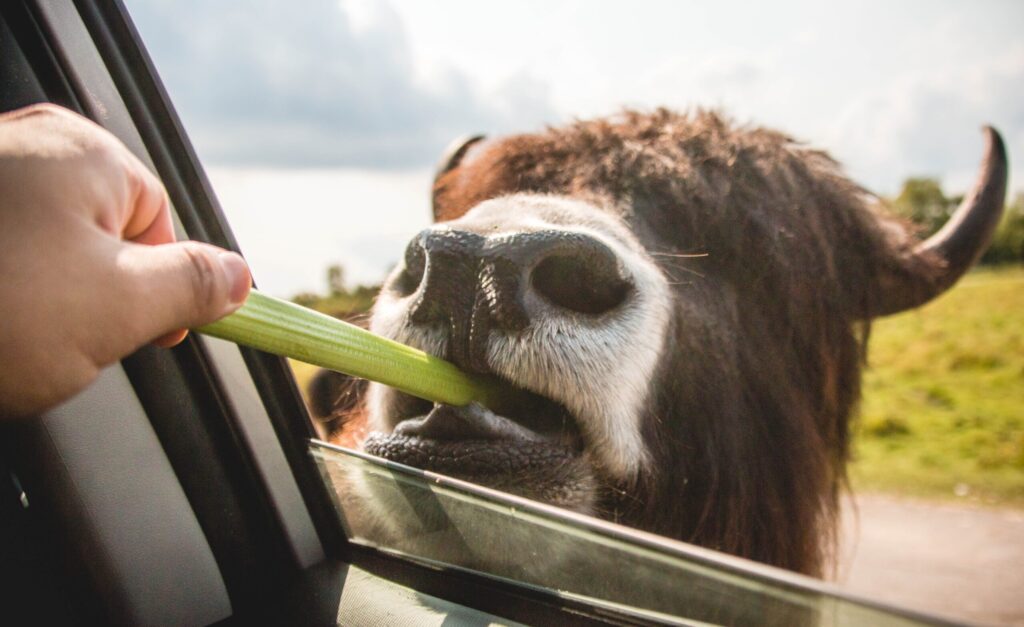 Are There Any Benefits of Chewing Celery?

Chewing is one of the many processes of consuming food, so yes, there are many benefits of chewing celery. It’s rich in vitamins (K, A, C, B9) and minerals (manganese, potassium, calcium, sodium).

Celery is also a good source of antioxidants, helps prevent dehydration due to its high water content, reduces stress hormones, works as an anti-cancer agent, and eases bloating, among many things.

How Do You Make Celery Tender?

Cooking celery is the only way to make it tender. Boiling it for about 5 minutes over medium-high heat is the most effective method. You can also steam the celery, which will make it tender without stripping it of as many nutrients. Another method is to sauté it, which will not only soften the stalks but remove excess bitterness.

To sum up, celery is hard to chew because of the elastic, stringy xylem tissue that’s responsible for transporting water throughout the plant. What’s interesting is that drinking celery juice burns more calories than chewing it. Celery also has a wide array of other benefits, which include the vitamins and minerals it contains. To make tough celery tender, consider either boiling, steaming, or sautéing it.