If you’ve ever wondered: why is celery salty, then you’ve come to the right place. In this article, we’re going to give you the answer to what makes celery so salty! We’ll also answer some of the most common questions about sodium levels, and whether organic celery tastes saltier.

So Why Is Celery Salty? 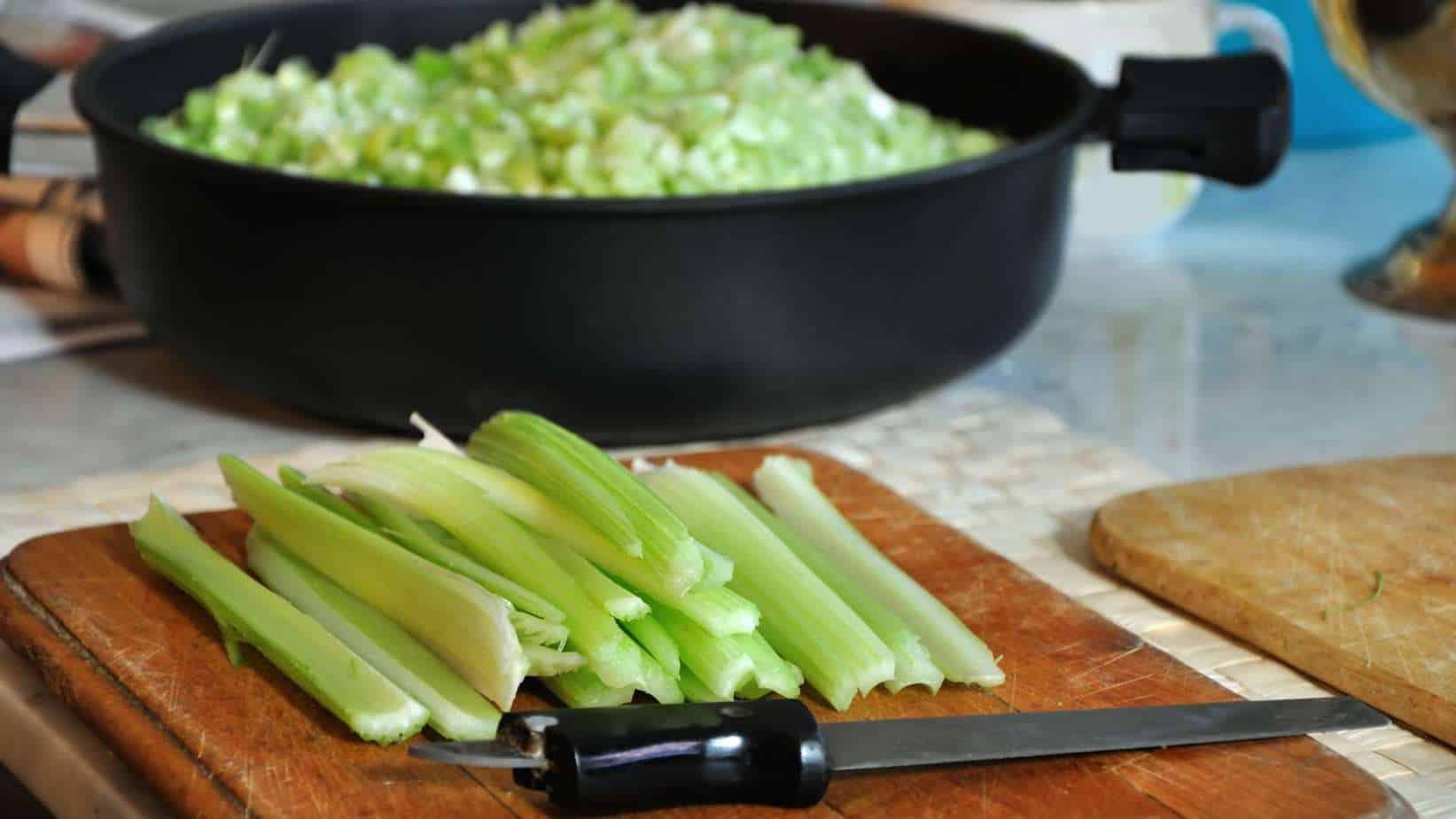 Celery is salty because it contains high levels of sodium, among other minerals.

Organic celery might taste more salty because of the way non-organic celery is handled. The celery you buy in a shop is often mature and doesn’t have all the outer stalks that you find in a celery plant. This allows lighter-colored stalks to make up the bunches on offer. These look more appealing and offer a softer taste.

Is Celery High in Sodium?

Yes, celery is relatively high in sodium. According to dietitian Joanne Larsen, those who are on a low-sodium diet should avoid it, along with carrots, beets, and spinach. Celery doesn’t have the same sodium levels as ham, for example, but it contains the highest amount of sodium out of all these vegetables.

To sum up, celery has a salty taste because of the sodium it contains. One stalk offers about 35.2 milligrams. What’s more, store-bought celery is often stripped of the outer stalks that make the bunches on offer seem less salty than organically grown celery.