If you’ve ever wondered: why is celery in everything, then you’ve come to the right place. In this article, we’re going to give you the answer to why you can find celery in almost anything. We’re also going to break down the variety of products that contain celery.

Why is Celery in Everything?

While saying that celery is in everything might be a slight exaggeration, it is part of the holy trinity in French and Cajun cuisine, along with onions and bell peppers. It’s also an aromatic ingredient and is often used as a filler food in soups, stews, and sauces. This would explain the point of celery in so many recipes. 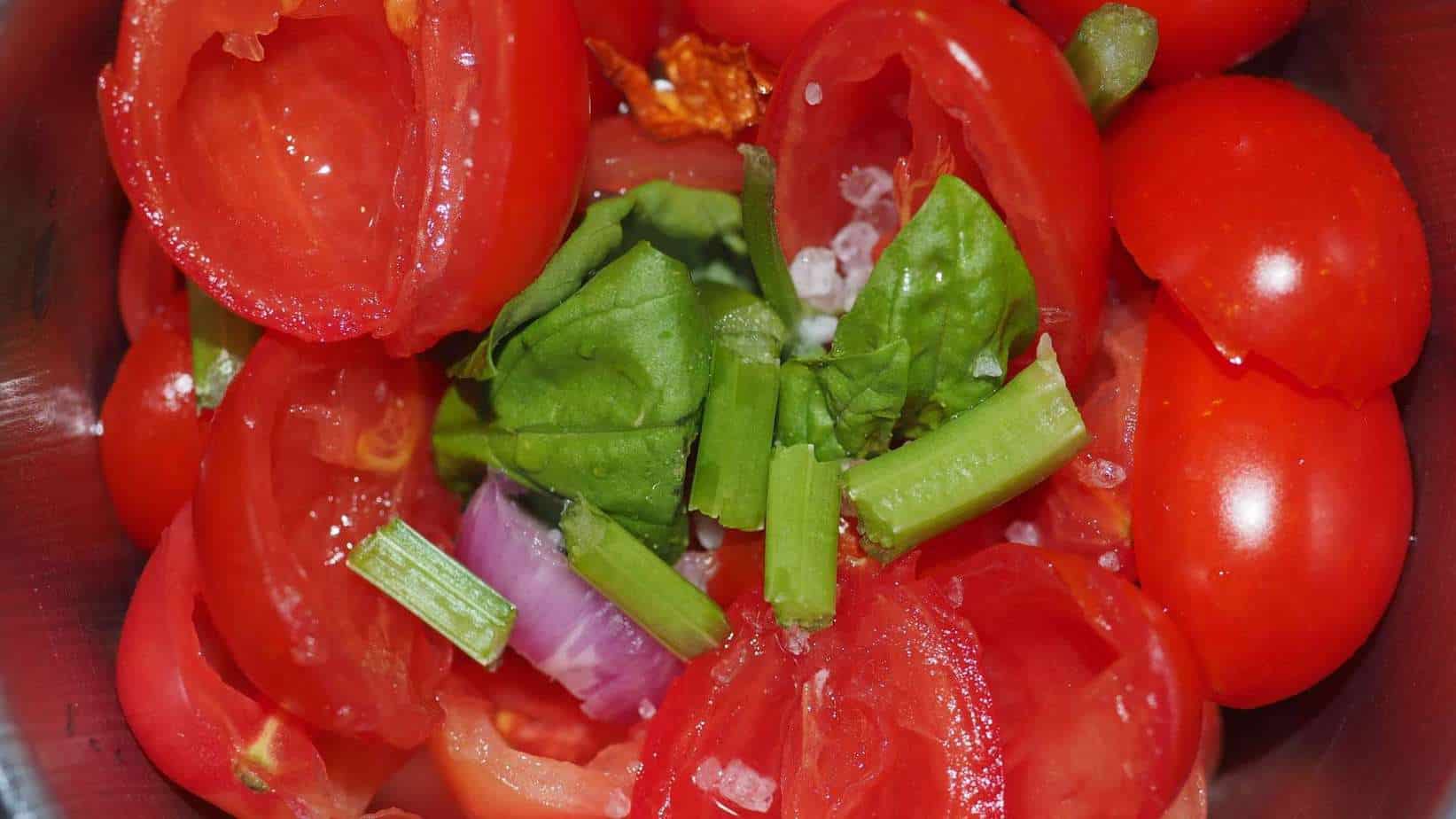 In the 18th century, ketchup recipes included not only celery, but also ingredients like mushrooms, fruits, and even seafood. Nowadays, it’s a filler food that adds volume to make production cheaper. Celery also supplies the base flavor that complements the tartness of tomatoes.

Because of its sodium content, celery offers a natural source of saltiness that balances out the sweetness of tomatoes. To add to that, it’s slightly bitter in flavor, giving ketchup the richness that works so well with starchy potato fries. 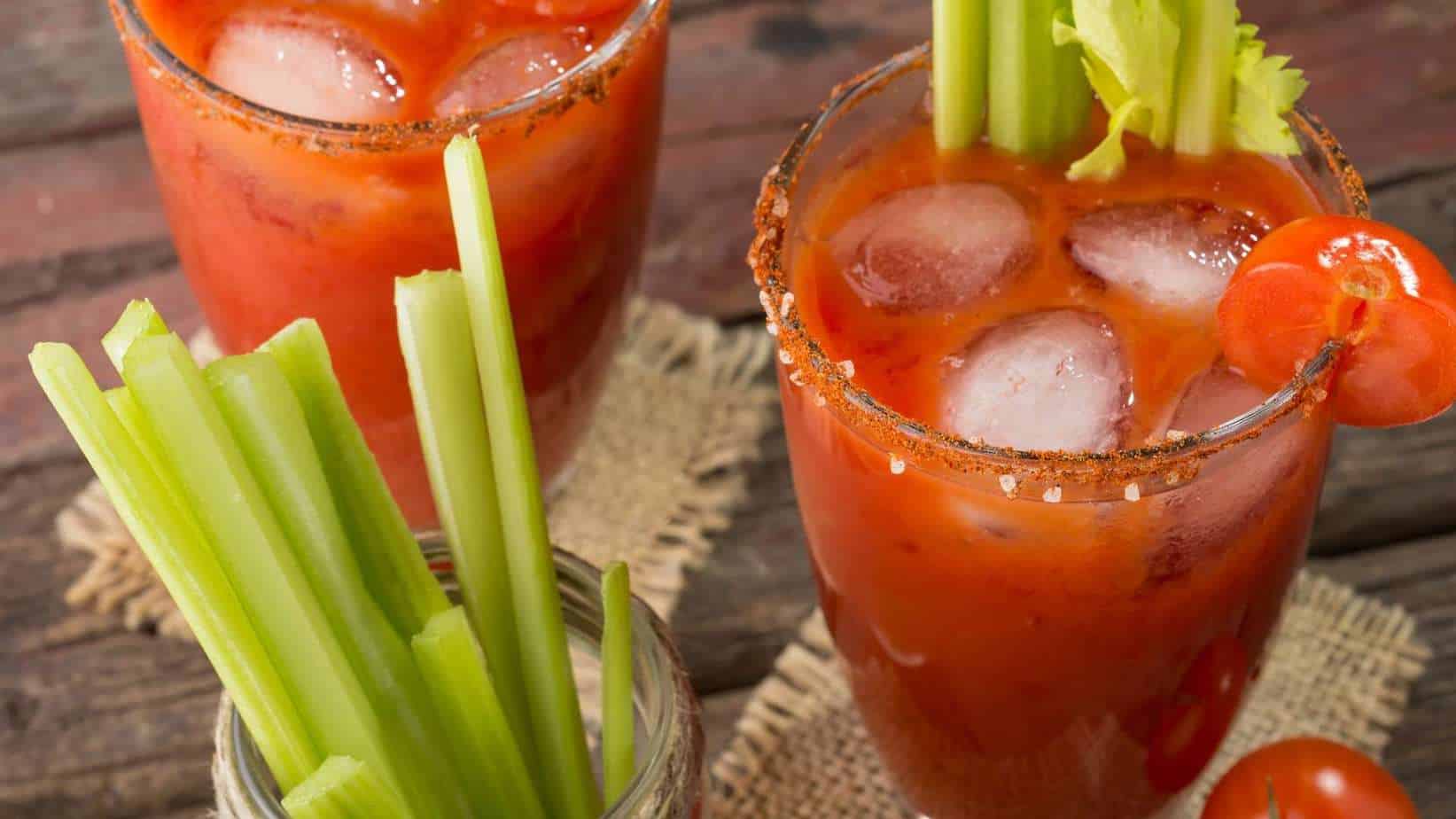 Using celery as a garnish in a Bloody Mary started in 1960, at Chicago’s Ambassador East Hotel. The legend goes that an exasperated customer didn’t get anything to stir his drink with, and reached out for the first replacement he could find. It just so happened that the relish dish was nearby.

Celery and tomatoes are a natural flavor pairing, as well. One is salty, the other sweet and sour. The fresh crispiness of a celery stalk also adds texture to balance out the savory drink. That’s why some people joke that a Bloody Mary is a meal in itself. 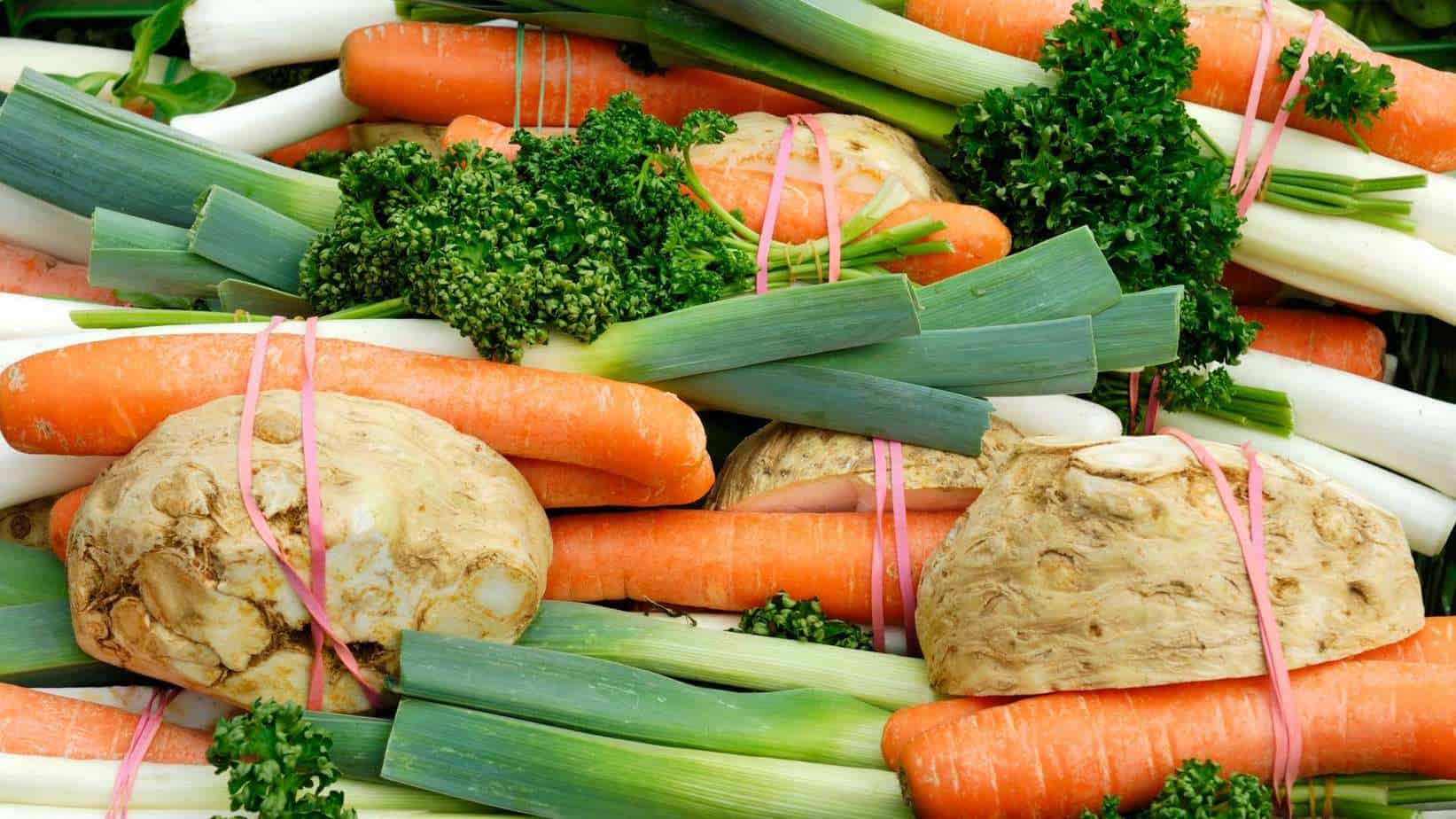 Celery appears in mirepoix, which is a flavor base composed of one part celery, one part carrots, and two parts onions. It creates an aromatic foundation for many Western soups and sauces.

Celery’s natural saltiness and slight bitterness add depth of flavor to mirepoix. Some people even include celery root in the mix to add to the intensity and earthiness of the dish. Celery works great in this case because it’s one of the few vegetables that don’t lose many nutrients when they’re cooked. 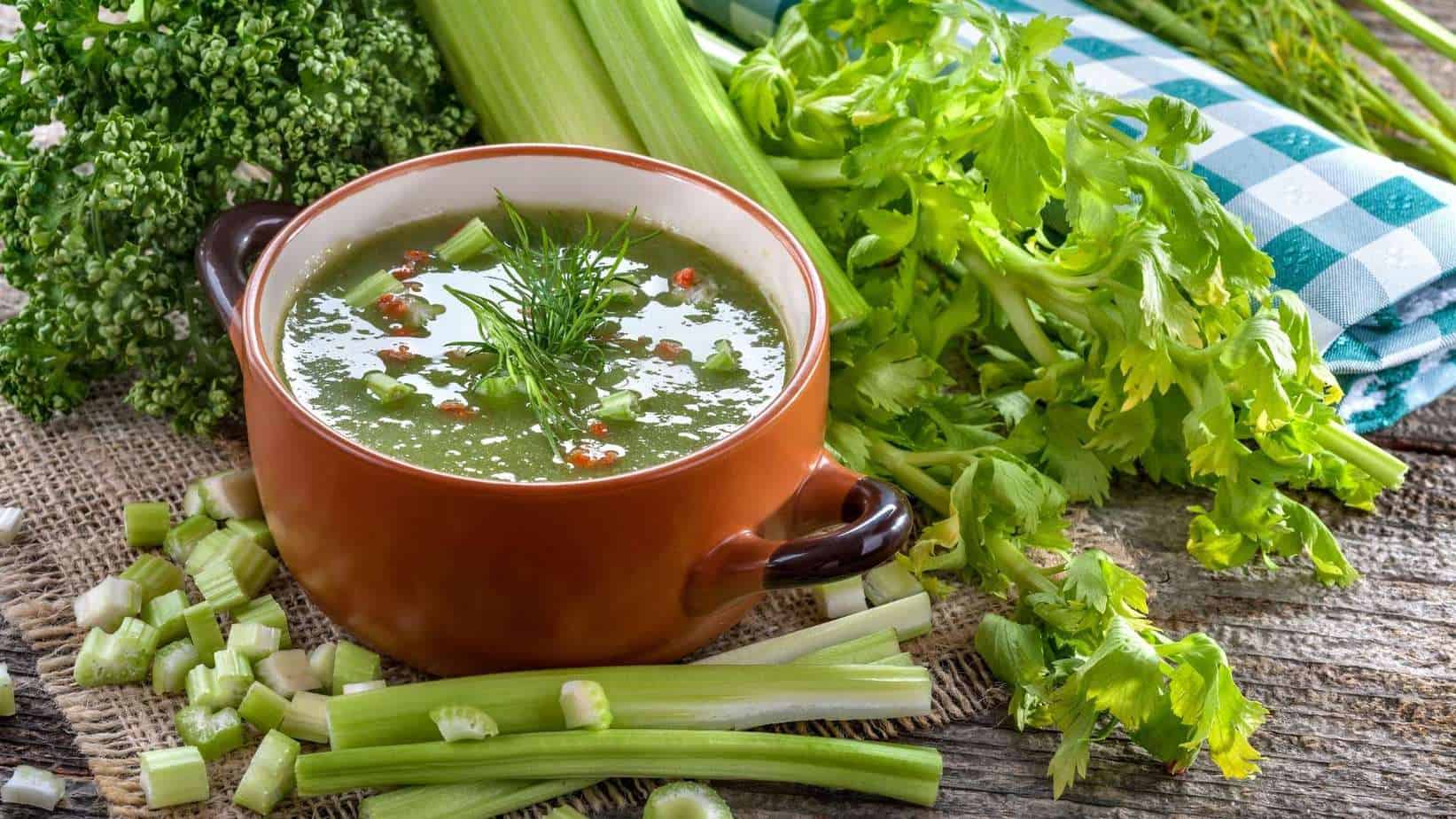 Broth, stock cubes, and vegetable bouillon all use mirepoix as their base. While certain stock cubes also contain meat, celery serves as the foundation of most of the meals we know and love.

That’s because celery is an aromatic, which is a term that refers to the vegetables that add a unique flavor bouquet to a dish. Basically, it provides the rounded, earthy taste that makes soup such a hearty meal. When making broth, the celery is left unchopped and in one piece so that it can be discarded afterward. 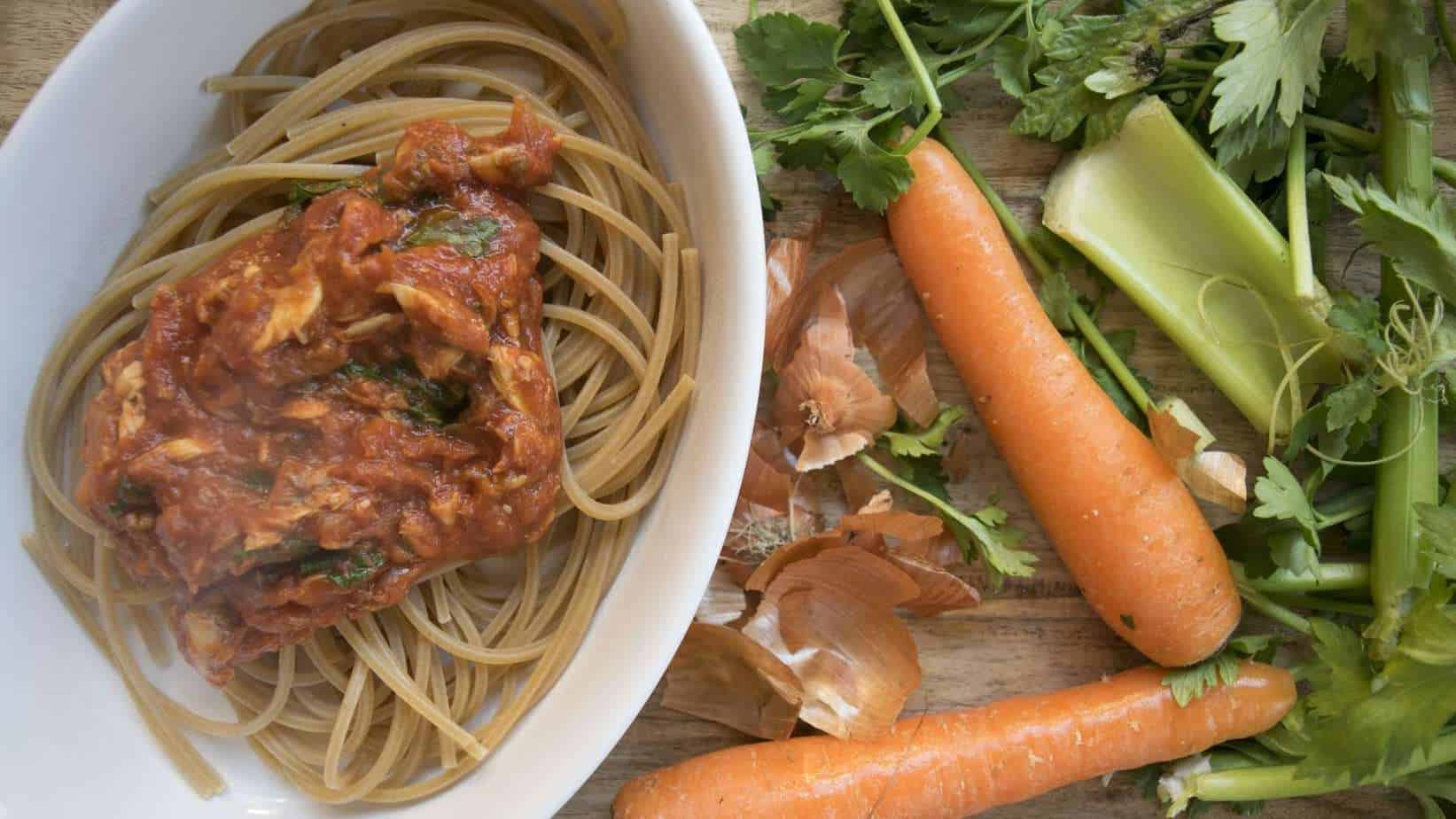 Like any other pasta sauce, bolognese uses mirepoix as its base. Celery acts as an aromatic substance that balances out the ingredients, adding to the general depth of flavor.

Celery can also be used as a key ingredient. You can slice it and add it to your pasta sauce to make sure that you’re getting your daily intake of vegetables. When you cook celery, it loses most of its bitterness, so it’s the perfect filler for your sauce. And if you’re cooking it with meat, it’ll alleviate the heaviness of the dish.

Celery serves many functions in dog food. As we already know, it contains essential vitamins and minerals. On top of that, it lowers fat and cholesterol. What might be surprising is that celery helps dogs with bad breath, and keeps their gums healthy.

To sum up, celery is a component of mirepoix, which is the base of all soups and sauces. That’s why we can find it in almost everything, from ketchup to dog food. It’s also an aromatic that balances out strong flavors and has many versatile uses. A prime example is celery’s presence in a Bloody Mary.