Wondering what a stick of celery is? You’ve come to the right place. In this article, we’ll explain everything you need to know.

So What is a Stick of Celery? 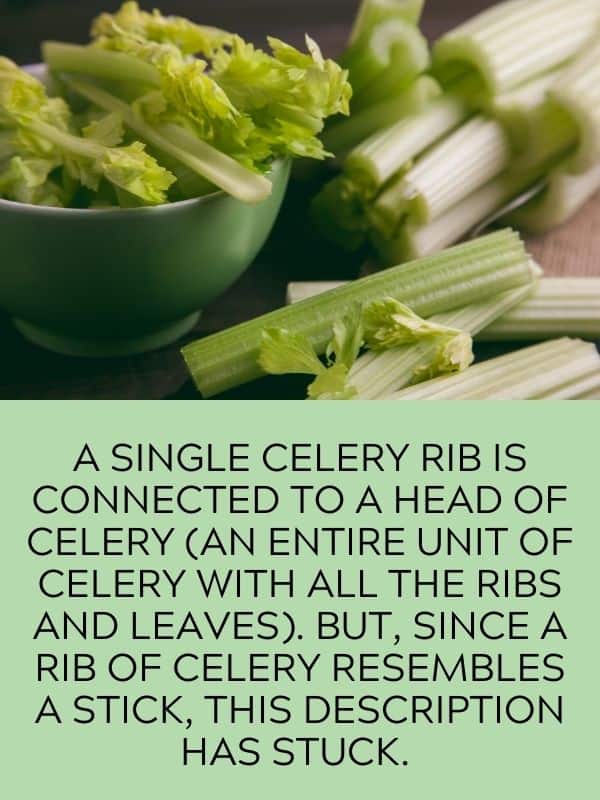 A stick of celery is another way of describing a single rib of celery. A single celery rib is connected to a head of celery (an entire unit of celery with all the ribs and leaves). But, since a rib of celery resembles a stick, this description has stuck.

Is a Celery Stick a Part of the Celery Root? 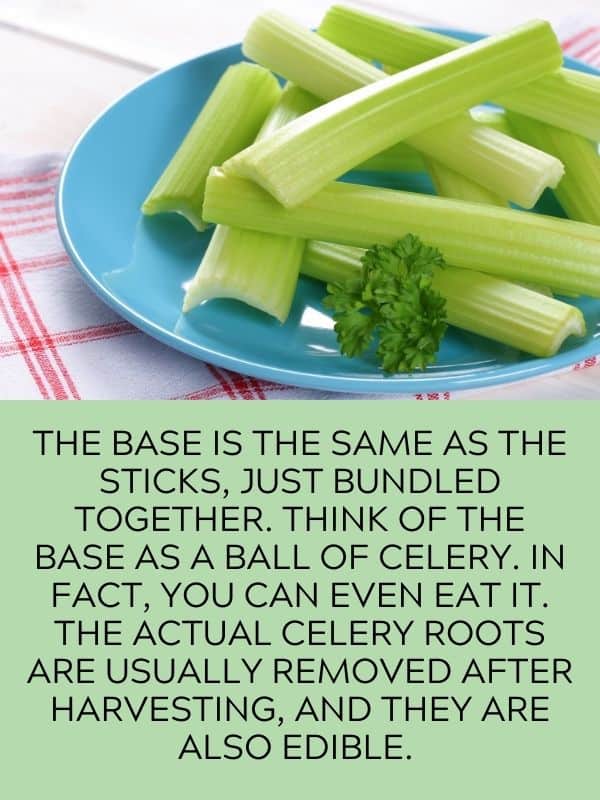 Another misconception about celery is that the sticks are connected to the root, which looks like a big bulb. However, this is not the case. The truth is, the base of a single head of celery is not a root at all. The base is the same as the sticks, just bundled together. Think of the base as a ball of celery. In fact, you can even eat it. The actual celery roots are usually removed after harvesting, and they are also edible.

How Many Celery Sticks Are in a Stalk? 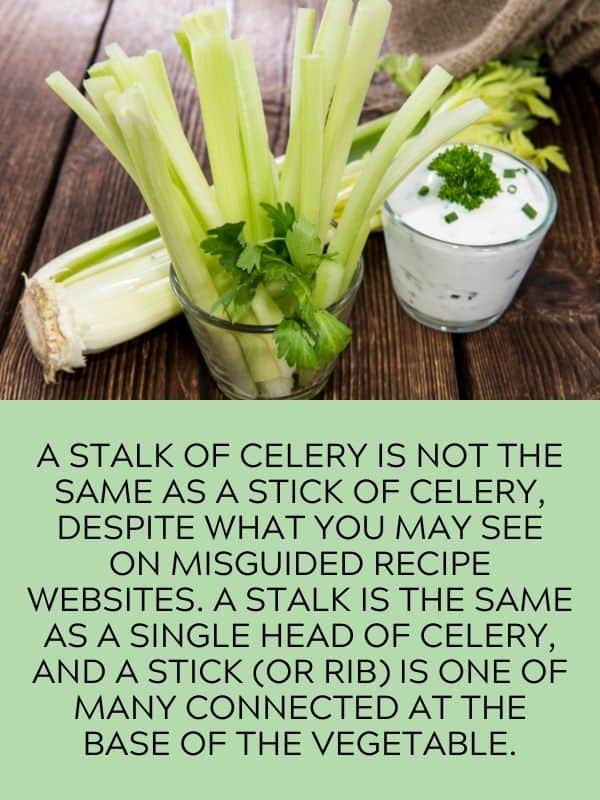 First, let’s clear something up. A stalk of celery is not the same as a stick of celery, despite what you may see on misguided recipe websites. A stalk is the same as a single head of celery, and a stick (or rib) is one of many connected at the base of the vegetable. As to how many sticks are in a stalk, there are anywhere between two and 15 sticks, depending on the size of the stalk.

Are Celery Sticks Sold By Themselves? 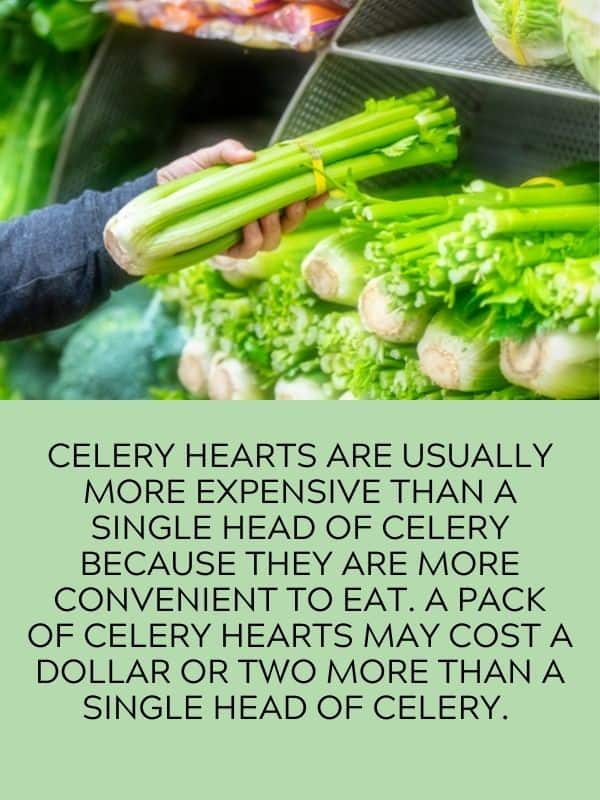 Yes, celery sticks are sold in bundles. These products are often called “celery hearts,” because they peel the celery’s outer skin containing strings and most of the bitter flavor. What’s left is sweeter, more tender sticks of celery. Most packs of celery hearts contain between eight to ten sticks. These sticks are often cut down to about six to eight inches and do not have leaves.

Can You Cook Celery Sticks?

Yes, you can cook celery sticks in a variety of ways, such as broiling, steaming, stir-frying, deep-frying, baking, and grilling.

Celery sticks are delicious in just about any dip you can imagine. The most popular is ranch dressing, but here are a few others:

A celery stick’s U shape makes it perfect for stuffing your favorite spreads inside. The most popular choice is peanut butter topped with raisins (a recipe known as “Ants on a Log”). Cream cheese is another great stuffing, as well as Greek yogurt. And you can never go wrong with guacamole! You can find tons of recipes to make your own stuffing and create the perfect party snack!

How Much is a Stick of Celery in Other Common Measurements?

To measure celery in different units of measurement, you might first have to slice or chop the celery up depending on what you are measuring. However, there are a few guidelines to give you an idea of how many ribs (sticks) are in different measurements.

One cup of celery is usually about two ribs (sticks) cut or chopped up. If you measure minced celery, that might require three sticks (ribs).

A single stick (rib) of celery weighs between 1.75 and 2 ounces.