If you’ve ever wondered: what is the difference between celery and celery root (celeriac), then you’ve come to the right place. In this article, we’re going to explain the differences and provide a nutritional comparison. We’ll also answer some of the most common questions about the taste of celery root and whether it can be substituted with celery.

Are Celery And Celery Root (Celeriac) The Same?

Celery and celery root (celeriac) are part of the same plant, but they’re not the same thing. The main difference between the two is the texture, which means that we can’t replace one with the other in a recipe. 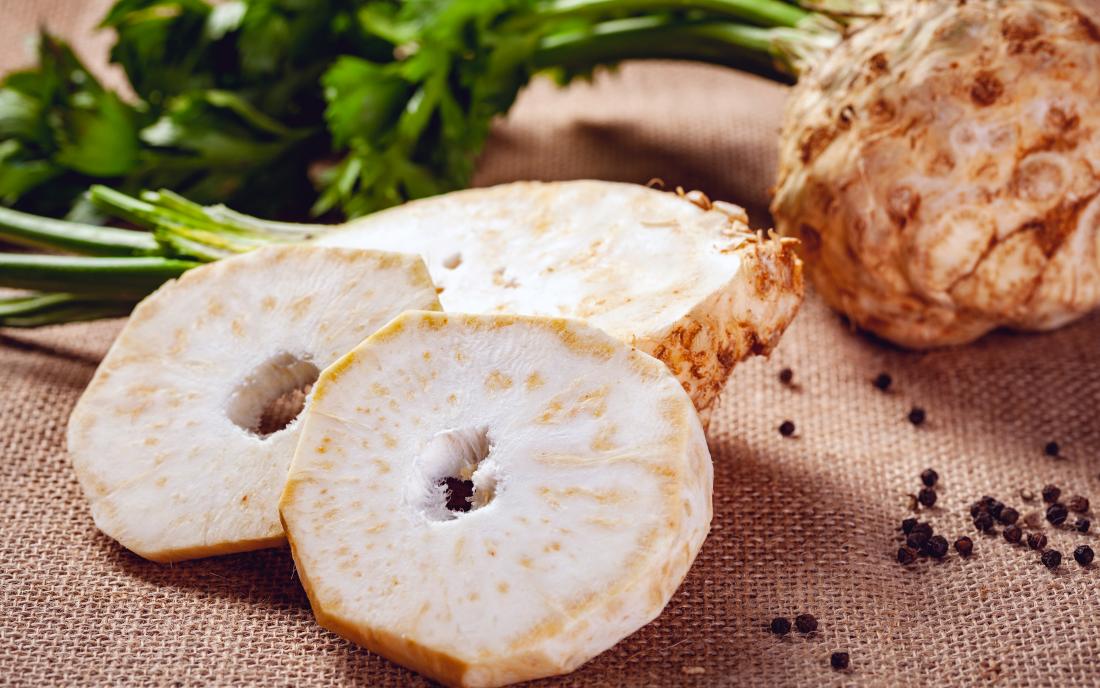 Celery is the top part of the plant that sticks out of the earth. We know it as the green stalks that we buy in bunches at the store. They often come in the form of pre-washed celery hearts.

Celeriac is the root of the plant and that farmers have to pull out of the earth during harvesting. It’s a root vegetable, like carrots and potatoes, that’s closer to a grapefruit in size and shape.

Celeriac resembles celery in taste, but it also has a deeper, earthier flavor that has a bit more bite to it.

Can You Substitute Celery for Celeriac?

If you wanted to, you could probably substitute celery for celeriac when cooking. However, you’d be able to tell the difference, so it’s not a perfect replacement.

Celeriac has a far more intense flavor than celery and a different texture. That’s because when it’s cooked and chopped up, it looks a bit like a potato. And it can’t be eaten raw like celery.

What is Celeriac Called in America?

Does Celery Grow from Celeriac?

Yes, celery grows from celeriac. It’s the top, green and leafy part that protrudes from the earth. Celeriac is the root.

Celery is rich in vitamins (K, A, C, B9) and minerals (manganese, potassium, calcium, folate, sodium). It’s also a good source of antioxidants, helps prevent dehydration due to its high water content, reduces stress hormones, works as an anti-cancer agent, and eases bloating.

To sum up, celery and celery root (celeriac) are not the same. Even though they’re part of the same plant, they have very different textures. Celeriac is also denser in taste, offering a more intense flavor in a dish. Both offer various health benefits, which include vitamins and minerals, and overall improve various body functions.