You may have seen it on your grocer’s shelves and asked yourself, black rice, how is black rice grown, where is it made.

In this article, we will look at the origin and history of black rice. We will also explain why black rice is often called forbidden rice, why it is black, and lastly hint at why you may want to add black rice to your shopping list. 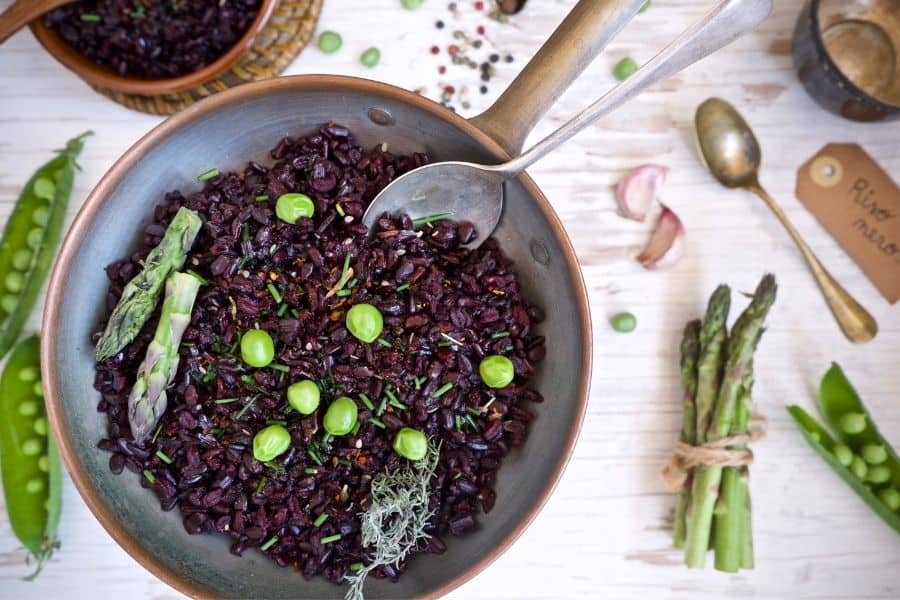 What is Black Rice?

Black rice is a medium to long-grain rice, dark black in appearance. Many varieties will turn a deep purple when cooked. It is black due to its extremely high anthocyanin content. Anthocyanin is a powerful antioxidant also found in blueberries, purple eggplant, concord grapes, and blood oranges but not in as high a concentration as found in black rice.

It has a sweet nutty flavor that far exceeds that of white, brown, red, or wild rice. Black rice is also much more nutritious than other types of rice and is believed to possess several medicinal benefits.

Black rice is versatile and can be used in much the same way as any other rice. It is wonderful as a side dish or can be used to add extra food value and flavor to rice cakes, rice puddings, risotto, porridge, congee, or almost any other rice dish. Black rice especially shines in rice desserts. 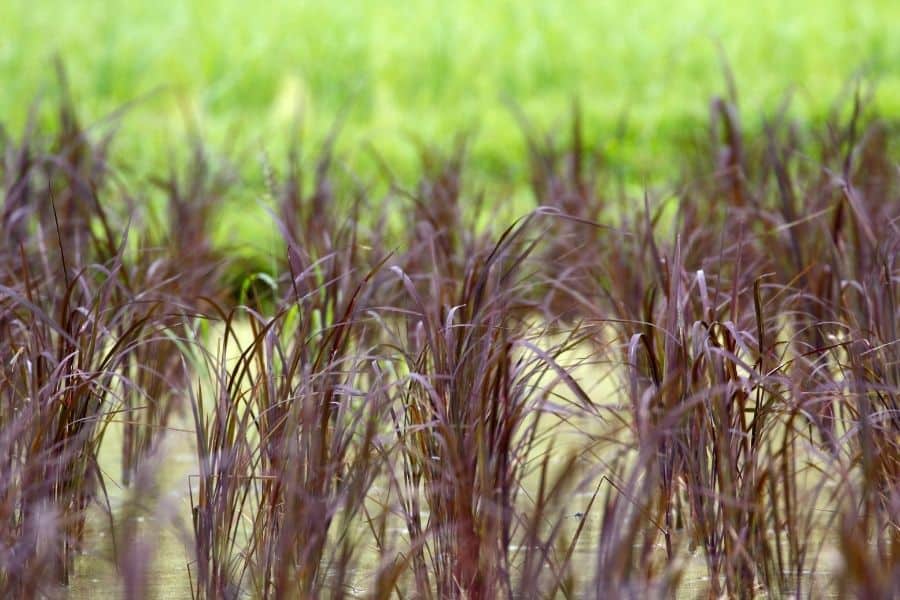 Black Rice History – Where Does it Come From?

The documented history of black rice is scarce. It is commonly held that the oldest known varieties originally appeared as natural mutations in ancient China and what is now Vietnam. The Chinese were undoubtedly the first to realize its true value and actively cultivate black rice.

However, recent genome sequencing has determined that all of the modern varieties of black rice are descended from a single Japanese rice. The missing page of history is how it found its way from Japan to China. 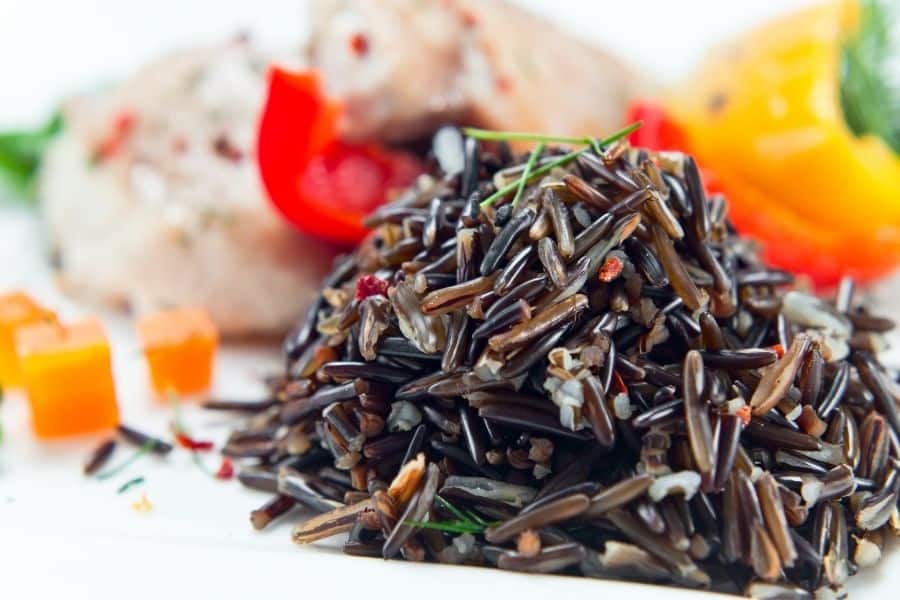 The reason black rice is called forbidden rice is that there was a time when it was exactly that, forbidden. Archaic as it may sound, in ancient China, black rice was reserved for the emperor and his cohorts. It was literally forbidden for anyone else to have. Its value was considered so great that the penalty for a peasant found in possession of a single grain of black rice was immediate execution. 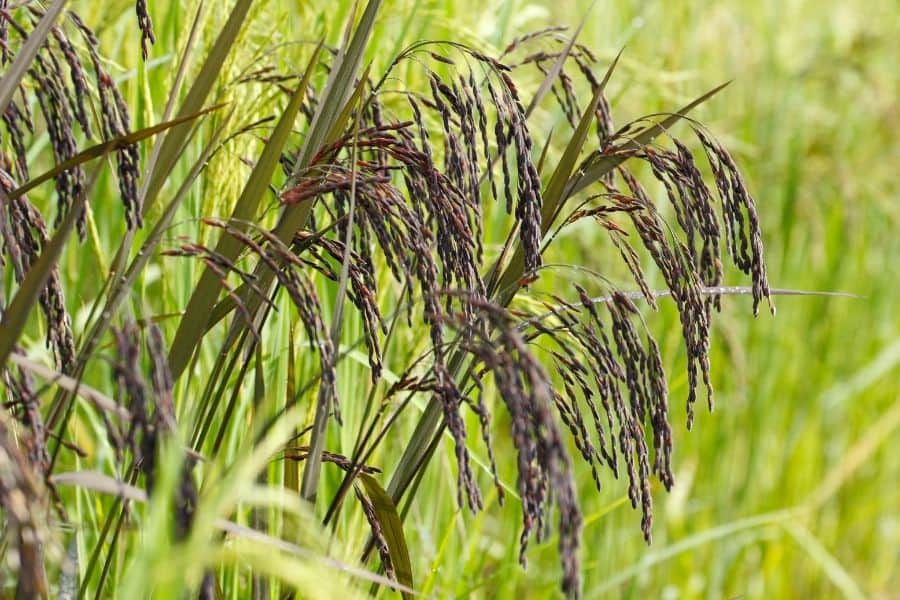 How is Black Rice Grown?

Black rice is grown in much the same way as all Asian rice with the exception that direct seeding is rarely used. Due to its extremely low yield, only 10% when compared to other types of rice, black rice seeds are pampered, tenderly germinated and the seedlings are only transplanted to the carefully prepared rice fields when conditions are near perfect.

To make the fields, or paddies, ready for planting black rice, the soil is first tilled. This is to aid in weed control and simplify the planting process. Then the rice paddies are flooded. Machines are used on some large commercial farms but black rice, due to the delicate nature of the seedlings, is most often planted by hand in a traditional manner.

Once black rice is planted, regulating the water it receives is critical. Most farmers maintain flooded fields until harvest time when they are allowed to dry. Some in dryer regions resort to a flood and dry method because they have no alternative.

The harvesting of black rice may also involve the use of machines but rarely. In the interest of preserving every grain, black rice is normally gathered by hand with every stalk being cut and bundled. 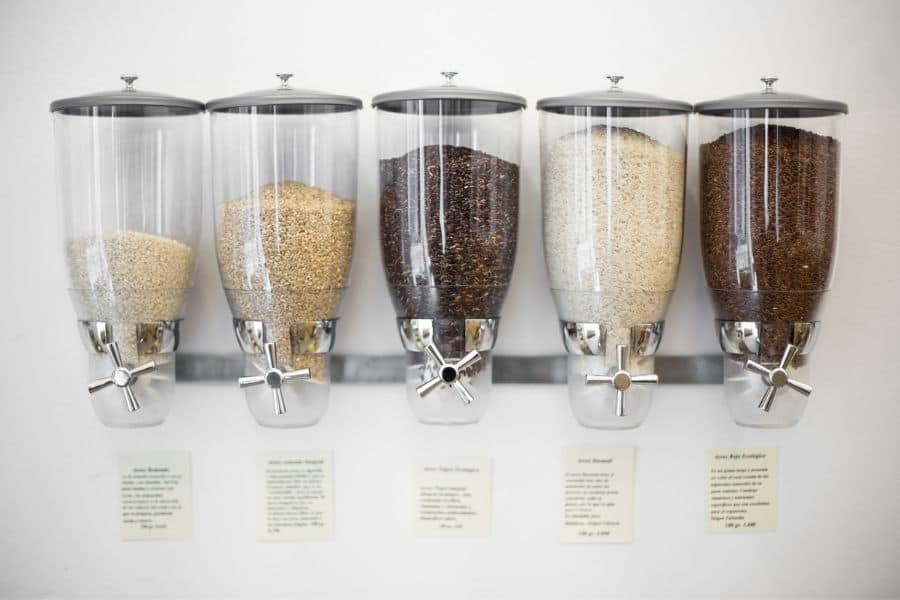 How is Black Rice Made – What’s the Manufacturing Process?

Black rice is not made or manufactured. Though it may look like the result of a science experiment, its color is naturally occurring and it is grown in rice paddies the same as other types of rice. The reason black rice is black is due to its high anthocyanin content. This is the same antioxidant compound that gives many other dark fruits and vegetables like purple cauliflower and black grapes their color.

What is Black Rice Bran (ANSWERED)

Black Rice History and Origin – How is Black Rice Grown and Where is it Made?

Does Black Rice Go Bad? How Long Can You Keep Black Rice?

What Does Black Rice Taste Like? What About The Texture?