Bell peppers have a wonderful range of flavors, from tangy green bells to sweet reds. They contain numerous vitamins, minerals, and other compounds that benefit our health. Their one drawback is they come in like gangbusters but have a short shelf life.

If you have found yourself with more bell peppers than you could readily use, you have probably wondered how to keep bell peppers fresh?

If you are facing this problem, this article is for you. This piece looks at five ways to keep capsicum usable longer.

1.   Store In the Refrigerator 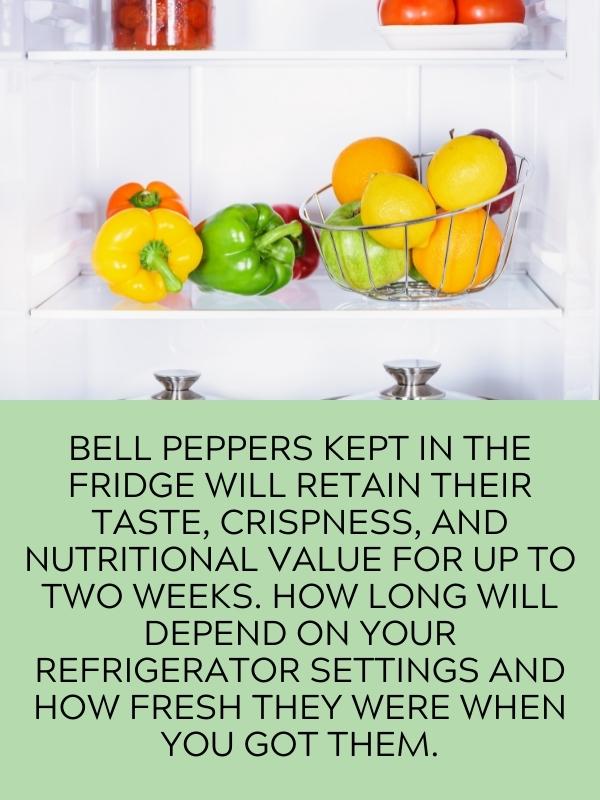 The simplest and most common way to store bell peppers is to refrigerate them. It is also the only option if you want to leave them whole.

Bell peppers kept in the fridge will retain their taste, crispness, and nutritional value for up to two weeks. How long will depend on your refrigerator settings and how fresh they were when you got them. 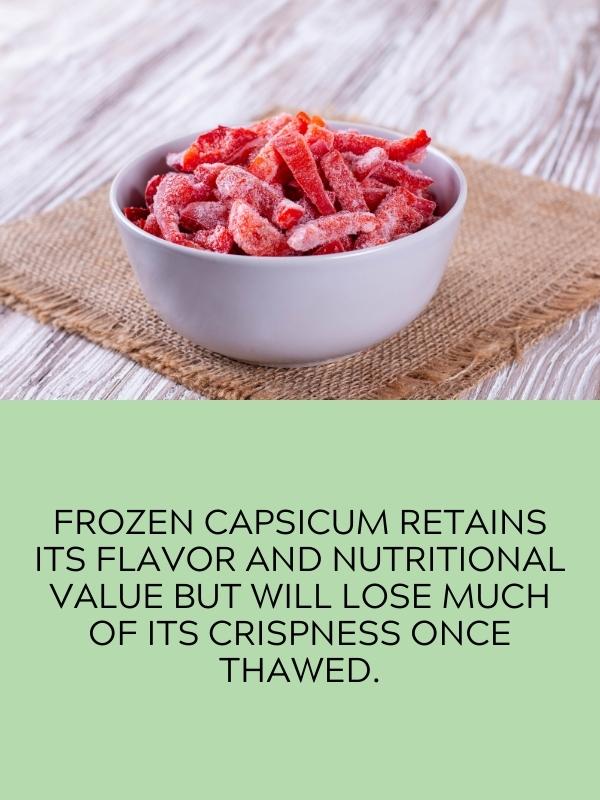 Freezing your bell peppers is the best option for maximum versatility and a shelf life of up to six months. Frozen capsicum retains its flavor and nutritional value but will lose much of its crispness once thawed. 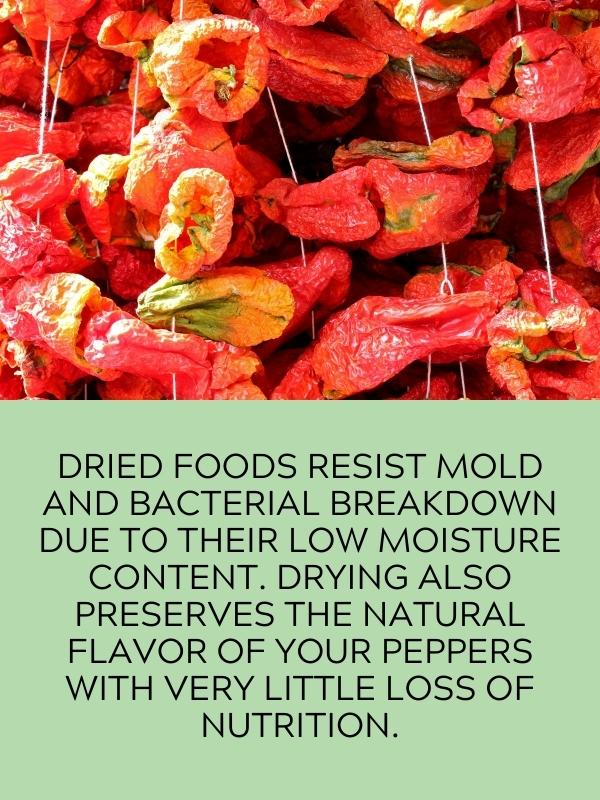 Dehydrating foods is one of the oldest food preservation methods used by man. Dried foods resist mold and bacterial breakdown due to their low moisture content. Drying also preserves the natural flavor of your peppers with very little loss of nutrition. We will look at two methods of dehydrating bell peppers, using a food dehydrator and an old-school approach.

Drying bell peppers with a food dehydrator is a simple process:

Bell peppers will take 7-10 hours to dry out entirely with most home dehydrators. The shelf life of dried bell peppers can be for years if properly stored.

If you don’t have access to a dehydrator or prefer traditional methods then sun drying may be right for you.

It can take days or longer to dry bell peppers using this method. It depends on your climate to a great extent, but zero energy is used. 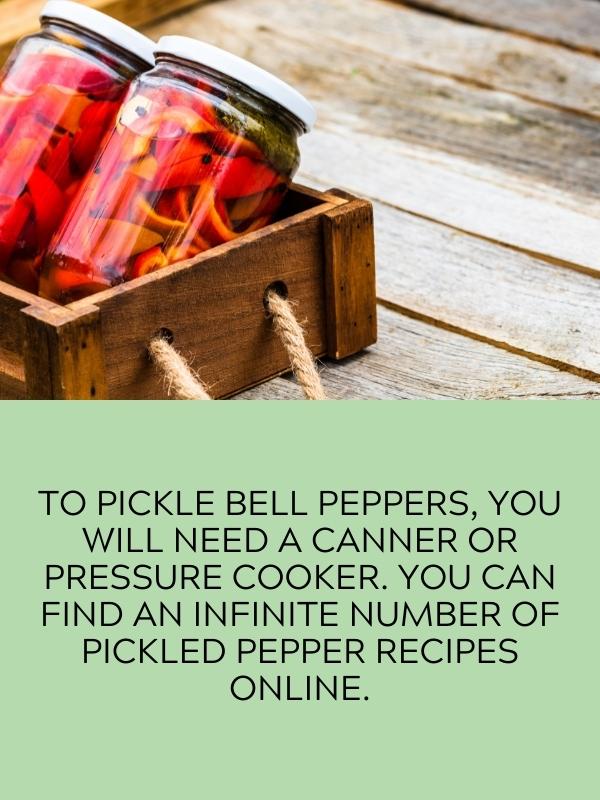 To pickle bell peppers, you will need a canner or pressure cooker. You can find an infinite number of pickled pepper recipes online, but the process generally goes like this.

Pickling will usually involve vinegar, brine, or both. In the absence of these, the process is called canning, which we will discuss next. 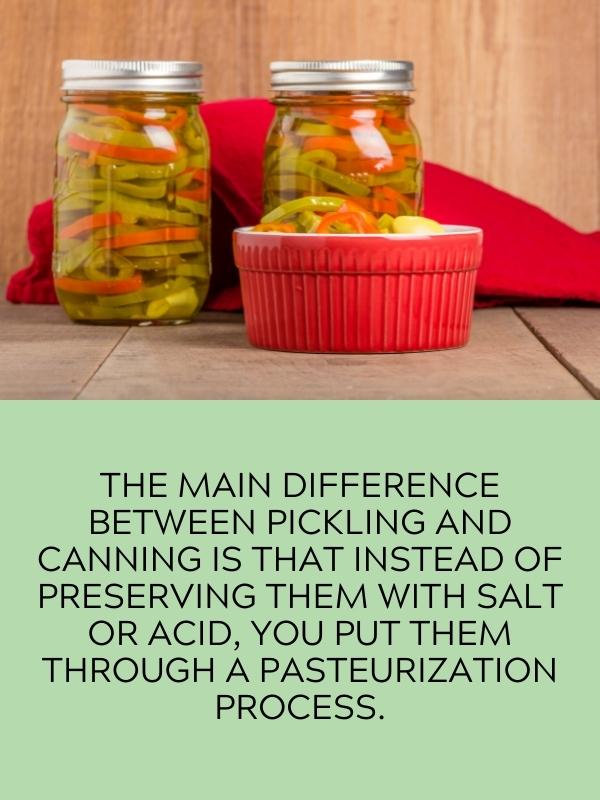 Canning bell peppers is very similar to pickling them. The main difference between pickling and canning is that instead of preserving them with salt or acid, you put them through a pasteurization process. In most cases, people will make a sauce or soup with their bell peppers and then can it for later use.

To can bell peppers:

The shelf life of canned and pickled vegetables is generally estimated to be 5-7 years, but some vegetables have stayed fresh tasting for much more extended periods.