Cilantro (Coriandrum sativum) is a member of the parsley family. A highly versatile herb with a fresh savory flavor that is both peppery and lemony, it is a common seasoning used in Indian, Mexican, Asian, and Middle Eastern cuisine.

Basil (Ocimum basilicum) is an Italian staple available in a considerable number of varieties with a wide range of flavor profiles. The majority of basil types are characterized by a sweet peppery taste with clove, anise, and licorice notes.

Though they come from very different culinary traditions, the question that needs to be answered is, can cilantro be used in place of basil.

In this article, we will discuss:

So, can I use cilantro instead of basil?

As is typical in cooking, it is hard to give a blanket answer to whether you can use cilantro instead of basil in a dish. Basil comes in a wide variety of flavors, and not all of them can even be substituted for each other.

At the same time, cilantro, also known as coriander leaves, can have a hard-hitting taste that people seem to either love or loathe.

You can use cilantro as a substitute for basil, but only after careful consideration. Cilantro works reasonably well in dishes that call for Thai Basil or Lemon Basil, provided you are careful not to overseason.

Cilantro is less than a sterling candidate in more traditional Southern European foods like marinara or Spinach Alfredo.

Personal taste and preferences ultimately decide whether you can use cilantro instead of basil in any particular dish.

Start with small batches and have fun experimenting. You might develop the fusion dish of your dreams.

Are basil and cilantro the same?

Basil and cilantro are not the same. Basil (Ocimum basilicum) belongs to the Lamiaceae family, commonly known as the mint or sage family.

Though very different in appearance and taste, both are known to pair well with:

Basil leaves come in various sizes, have smooth edges, and are oval-shaped with a slight curve towards the rear. Cilantro leaves have very irregular edges, are generally flat, about half an inch long, and roughly triangular.

Basil’s flavor profile covers a wide range of possibilities depending on the type you are discussing. The most commonly used varieties, sweet, Italian large leaf, and Genovese, have a sweet, peppery clove-like taste with touches of licorice.

Cilantro taste is considered by most to be spicy, musky, and loaded with citrus tones. There are those, though, that insist that cilantro tastes like soap.

Can I use basil instead of cilantro in salsa?

Basil can be used instead of cilantro in salsa. The resulting dish won’t taste exactly the same but will still be delicious.

An equal amount of fresh basil will yield a much milder and cleaner flavor than the more traditional cilantro, but basil is a natural with tomatoes, garlic, and onion.

If you want more punch than basil alone delivers, you can try adding a little oregano to the mix also.

Do basil and cilantro taste good together?

Cilantro and basil work well together, and the mix is standard in Tex-Mex, Spanish, Southwestern, and Caribbean cooking. From marinades to herbed olive oil for grilling vegetables, basil and cilantro are highly complementary. The secret is to find your preferred balance between basil’s sweetness and cilantro’s kick.

Where Can I Buy Thai Basil? List of Stores That Sell Thai Basil

How Often To Water Basil? How Much Water Does a Basil Plant Need?

How Much Does Basil Cost? (Fresh, Dried, Thai & More)

How Many Basil Leaves In A Cup? (EXPLAINED)

How Much Does a Bunch of Basil Weigh? (EXPLAINED)

Where to Plant Basil? Does it Like Sun Or Shade?

Where Does Basil Come From? (Basil History Explained)

How Much Dried Basil for Fresh? (EXPLAINED)

How Many Basil Seeds Per Hole? (EXPLAINED)

Is Basil a Vegetable? (EXPLAINED)

Can You Freeze Fresh Basil Leaves? (Here’s How to Freeze Basil…)

Can Dogs Eat Basil? Is Basil Safe or Poisonous for Dogs?

Is Basil a Perennial or Annual? Does it Grow Back Every Year? (EXPLAINED)

Does Basil Grow Back? (EXPLAINED)

When to Plant Basil? (EXPLAINED)

When to Harvest Basil? (EXPLAINED)

Is Basil Safe for Cats to Eat? Or Is It Toxic?

What To Do With Basil Before It Goes Bad? (15 Ideas)

Can I Use Basil Instead of Thyme? (EXPLAINED)

Can I Use Basil Instead of Sage? (EXPLAINED)

Can I Use Basil Instead of Rosemary (EXPLAINED)

Can I Use Basil Instead of Oregano? (EXPLAINED)

Can I Use Basil Instead of Bay Leaves? (EXPLAINED)

Can I Use Spinach Instead of Basil in Pesto? (ANSWERED)

Can I Use Pesto Instead Of Basil? (ANSWERED)

Can I Use Dried Basil Instead of Fresh Basil? (ANSWERED)

Can I Use Coriander Instead Of Basil? (ANSWERED)

Can I Use Cilantro Instead Of Basil? (ANSWERED)

Can I Use Basil Paste Instead Of Fresh Basil? (ANSWERED)

Can I Use Parsley Instead of Basil? (ANSWERED)

Can I use Regular Basil Instead of Thai Basil? (ANSWERED)

Can I use Mint Instead of Basil? (ANSWERED)

What’s the Best Type of Basil for Italian Cooking? (ANSWERED)

What Kind of Basil is Best for Pizza? (ANSWERED)

Why is My Basil Turning Brown?

Why is My Basil Leggy?

Why is My Basil Flowering?

Why is my Basil Plant Wilting? (EXPLAINED)

13 Spices that Go with Basil 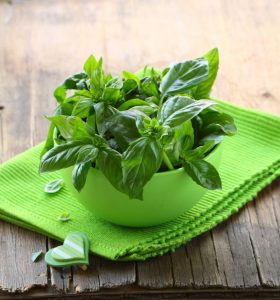 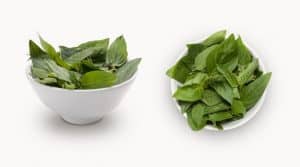