When you're craving desserts, you'll want to be prepared. Target can help with that. We scoped out the options, and we think we've found some you won't want to miss. Between frozen pies, vegan cheesecake (yes, you heard right) and chocolate chip cookies, you're sure to find something to satisfy the ol' sweet tooth. 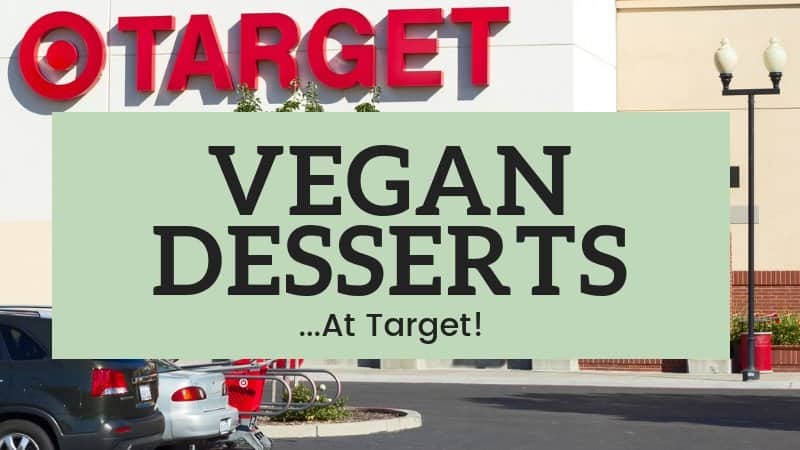 Here are the top vegan desserts at Target... 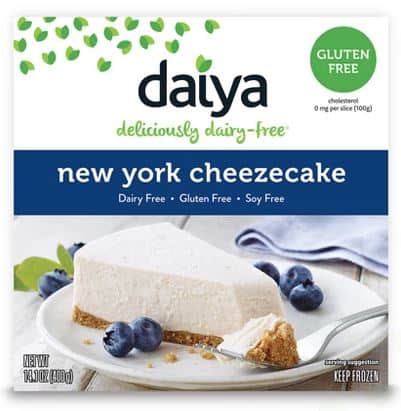 We knew you'd want to hear more about the cheesecake, and we don't blame you. Daiya's coconut-based New York Cheezecake is as creamy a vegan cheesecake as you've dreamed of with a crumbly crust that melts in your mouth. Recent vegan converts rave about it, saying that they'd never know the difference. Scoop it up in Target's frozen section, top it with fresh berries and enjoy. 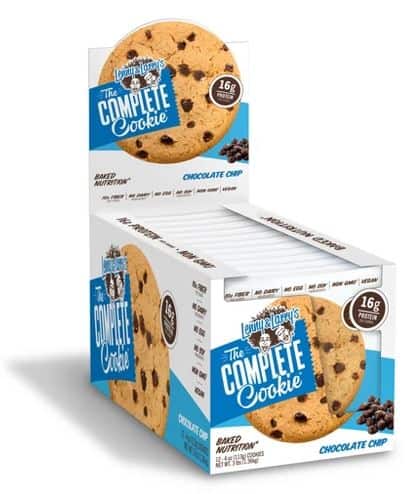 A vegan desserts list could never be complete without chocolate chip cookies. You can bake your own, or you can buy Lenny & Larry's The Complete Cookie in Chocolate Chip at Target. Surprisingly, it's high in protein and fiber with pea protein and unbleached wheat flour, making it perhaps a little more nutritionally sound than the average chocolate chip cookie. No eggs or dairy here, just chocolaty chip goodness. 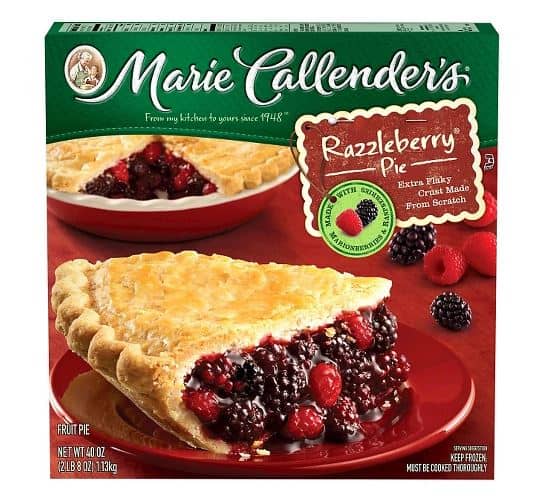 Marie Callender's Razzleberry Pie features blackberries, raspberries and apples together in a flaky vegan pastry shell with soybean oil instead of butter. There is hydrogenated soybean oil in it, too, which is not the healthiest ingredient, but in a pinch, this pie makes the cut. 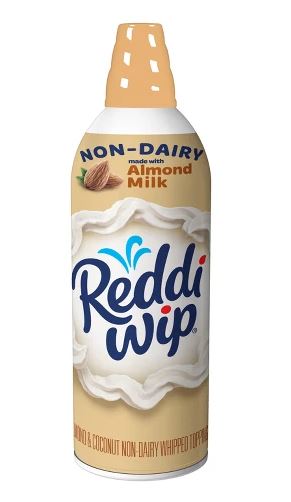 It's actually surprising that Reddi-wip didn't make this long ago, but we're sure glad it's at Target now. All you really need is some fresh strawberries and a can of this vegan whipped cream for a fabulous and speedy dessert. With sweet almond milk and creamy coconut in the ingredients list, you know it's going to be good. 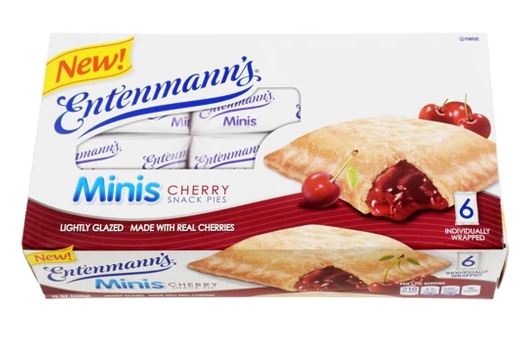 This one tends to fly under the radar. No one would suspect that Entenmann's Cherry Snack Pies are vegan as the brand doesn't generally do vegan desserts. As it happens, these contain no animal products whatsoever. We suppose it would only be fair to warn you that they do contain preservatives and high-fructose corn syrup. At least they're mini. 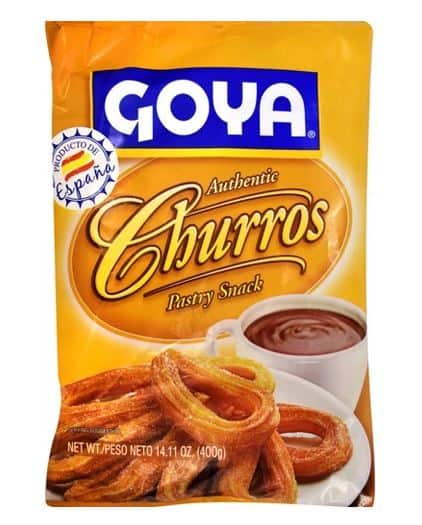 Technically, there's some prep involved in this snacky dessert as you'll need to fry the churros and dust them with sugar and cinnamon. If you haven't had a churro, it's something like a donut or your country fair fried dough. Goya's frozen Authentic Churros are essentially wheat flour and salt, so they're definitely vegan-friendly. And everybody loves churros. 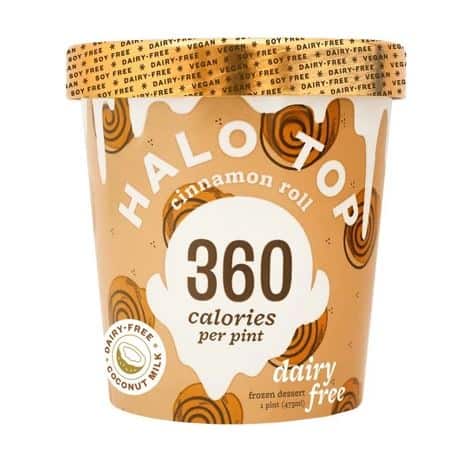 Halo Top is rocking the vegan ice cream world with ingenious ice cream flavors (Birthday Cake, anyone?). If fresh-baked cinnamon rolls sound heavenly to you, you've got to try Cinnamon Roll. It's made with coconut milk, vegan cinnamon roll dough chunks and a sweet cinnamon swirl. We suggest buying two in case one doesn't quite make it on the ride home.

Fruit sorbet is one of the most perfect summer treats. It's light and refreshing, which is exactly what you want in muggy weather. Häagen-Dazs makes its Mango Sorbet with real fruit puree and, interestingly, carrot and pumpkin juice concentrates for an orangey-yellow hue. The more natural, the better. 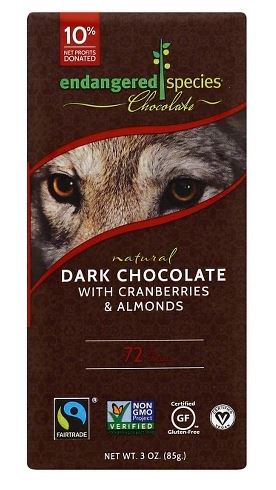 A little dark chocolate after dinner can go a long way, especially if it's as rich as Endangered Species Dark Chocolate with Cranberries & Almonds. It's actually fairly nutritious with few extraneous ingredients. It's also vegan and Fairtrade certified. How could you say no to that? 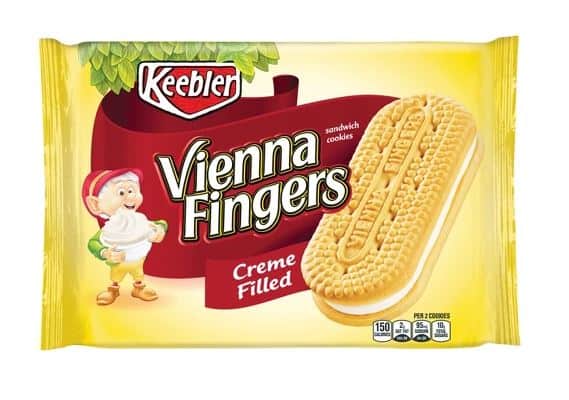 Have you always loved Keebler Vienna Fingers? They're probably unintentionally vegan, but vegan they are. The creme filling is dairy-free, using a vegetable oil mix of soybean and palm oils. If you're in need, a few Vienna Fingers can sate a vegan sugar craving.